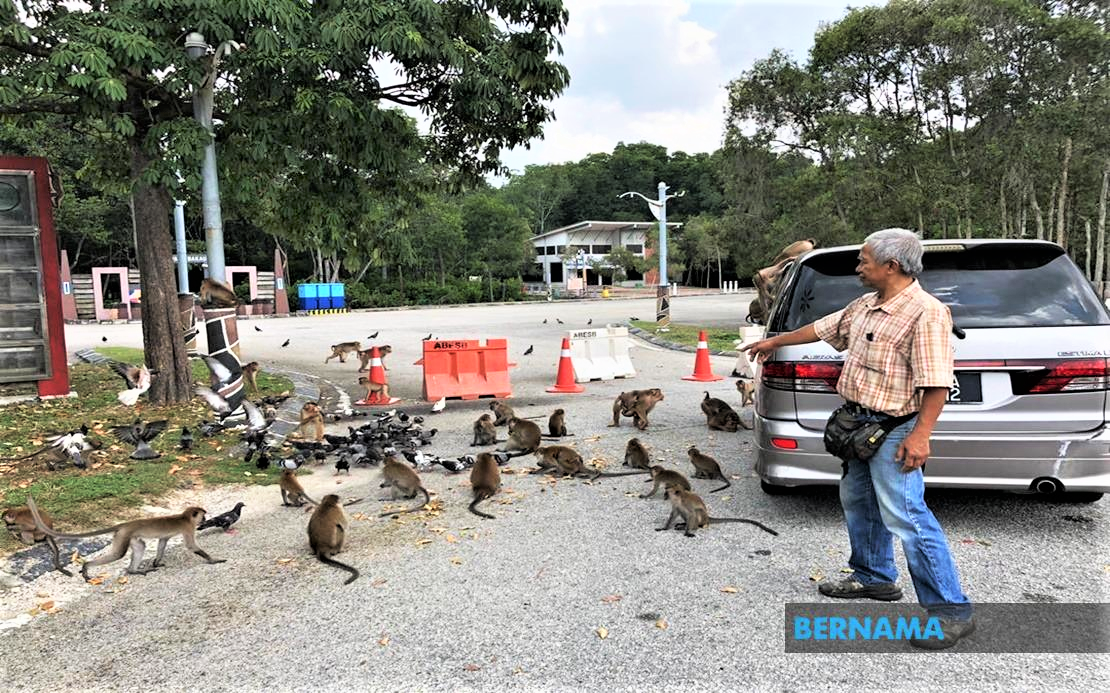 LUMUT: A senior citizen braved himself, despite the fear for wild monkeys, to leave food for the primates so that the animal will not starve during enforcement of the Movement Control Order, which has been extended until April 14.

Mohd Mahfuz Abdul Rahim, 62, who operates a food shop near Taman Paya Bakau (Mangrove Swamp Park) here, has made it a routine for him to drop by at the park every time on his way home to leave the left-over food from his shop for the monkeys, which can be seen along the road waiting for visitors to the park to give them food.

“These monkeys are used to having people (visitors) feed them. Now that the park is closed (with the enforcement of MCO), they don’t get food anymore.

“Since my shop is nearby and I have to pass by the park on my way home, I make it a point to stop at the park to leave the left-over food from my shop and the monkeys are there, as if waiting for me,” he said when met at the park.

Mohd Mahfuz said he had been leaving food for the monkeys there, which are regarded wild and despite his fear for the animal, since enforcement of MCO to ensure that they would not starve.

“They are not like the cats or dogs you see on the streets, where people can easily give them food, but these monkeys have problems getting food and they may starve,” he said, adding that he would clean up the place before leaving for home, which is at the Venice of Perak here. – Bernama