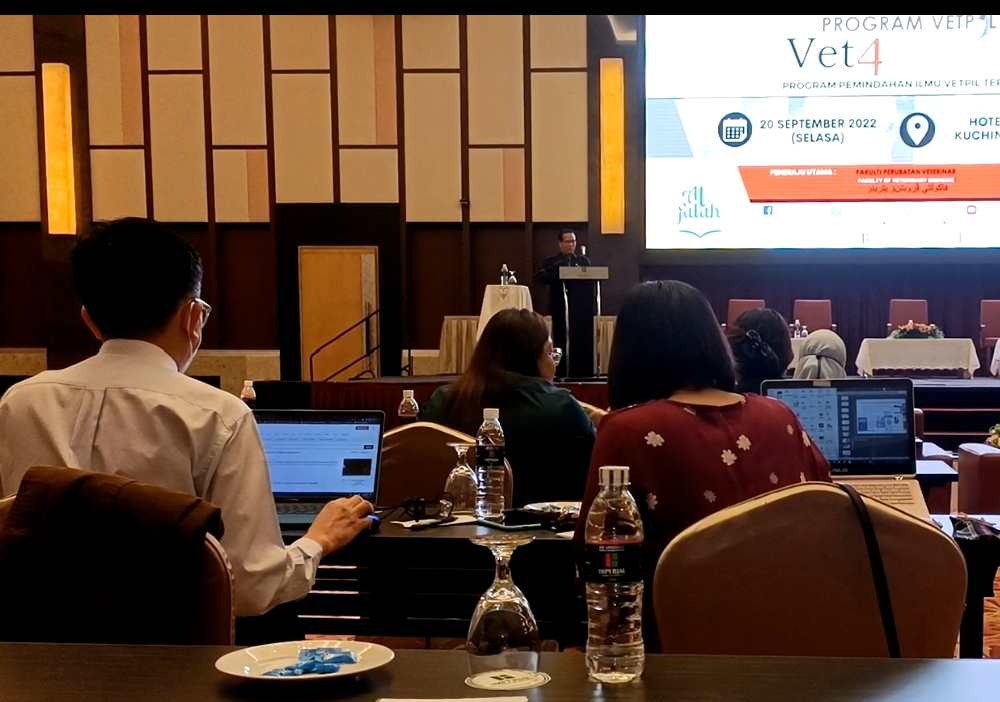 KUCHING: Livestock production in Sarawak is so low that it has to import frozen meat such as beef and lamb worth RM100 million a year.

According to Department of Veterinary Services Sarawak director Dr Adrian Susin Ambud, the value of Sarawak’s livestock industry was only RM1.8 billion in 2021 and is projected to increase to RM4 billion by 2030.

“Food security is very important and needs to be taken seriously by all parties because the population is increasing, so the demand for food sources is also increasing,” he said when officiating at the VETPIL Knowledge Transfer Programme: VET for Livestock here today.

The programme which was held here for the first time was jointly organised by Universiti Putra Malaysia’s (UPM) Faculty of Veterinary Medicine in collaboration with the Sarawak Veterinary Department.

“The livestock sector especially the ruminant sector needs attention because Sarawak has to import food resources to meet the demand as our self-sufficiency rate for beef is 12 per cent and lamb is 5.5 per cent,” he said.

According to Dr Adrian, Sarawak projected to increase its ruminant production to 25 per cent self-sufficiency rate by 2030 and 50 per cent in 2050.

However, he said several livestock sectors such as broilers, egg-laying hens and pigs have reached a self-sufficiency rate of over 100 per cent.

“In order to achieve that objective, several approaches have been identified and are being implemented, namely strengthening the Ruminant Livestock Breeding System such as cattle, buffalo, goats and sheep where the government has allocated RM40 million in the 12th Malaysia Plan to make the programme successful,” he said.

In addition, he said the privatisation of livestock stations is expected to drive self-sufficiency rates, especially in the ruminant sector led by the experienced private sector.

He said the three livestock stations that have been and will be privatised are Temudok Station in Sri Aman, Karabungan Station in Miri and Maragang Cattle Station in Lawas.

Dr Adrian also emphasised the need for human resource development which he described as very critical in terms of human capital development.

He said, the department sent some staff to further their education such as to the Malaysian Veterinary Institute, Keluang, Johor because the department is aware of the importance of veterinary knowledge to deliver the best services.

“In terms of the number of professionals in the veterinary field, Sarawak is still far behind, and it is estimated that around 200 to 1,000 veterinary doctors are needed for the livestock industry,” he said.

He added that a proposal had been made to establish a higher education institution specifically in the field of veterinary science.

According to Dr Adrian, the department is in the process of restructuring its organisational development because currently it only has 260 staff in all positions, while the actual requirement needed to make the government’s initiatives in the livestock sector a success is 1,000 personnel by 2030.

In addition, he said the department is in the final phase of drafting a strategic plan so that all the outlined initiatives and objectives can be implemented smoothly by the year 2030, in line with Sarawak’s main strategy, which is Sarawak’s Post-Covid 19 Development Strategy 2030.

He hoped that the VETPIL Knowledge Transfer Programme can increase public awareness and knowledge in order to directly or indirectly increase productivity and achieve self-sufficiency.

The Dean of the Faculty of Veterinary Medicine of Universiti Putra Malaysia Professor Dr Abdul Rahman Omar also spoke at the function.