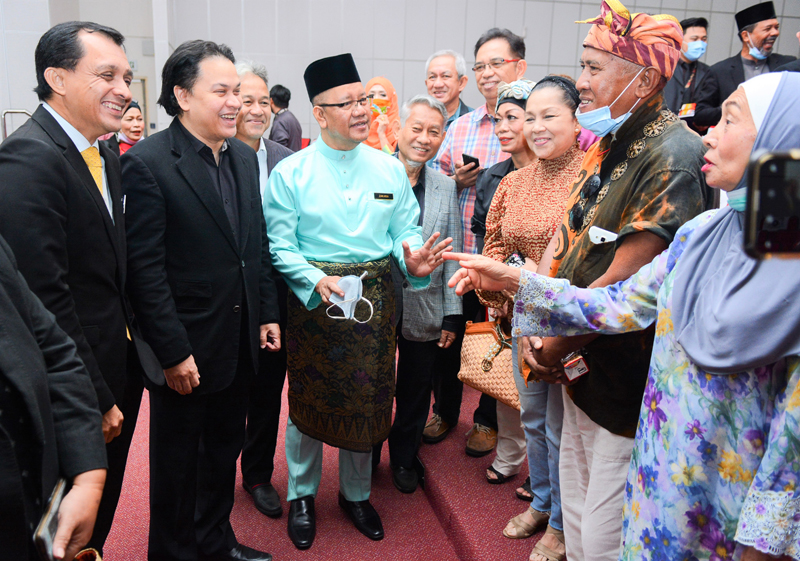 “Secondly, we have opened our annual programme which is Dana Kandungan Digital (DKD) whereby we channel funding for the creation of dramas, documentaries and films. For the short-term period, we will simplify and expedite the approval process for these funds,” he said.

He was speaking during a dialogue session with creative industry players at Finas Sarawak branch here yesterday.

He said that next week, Finas would begin giving out offer letters to production houses to start dramas and documentaries. After that, Finas would evaluate and provide funding for films.

“I want creative industry players in Sarawak not to be left behind on what we have planned; we want to channel our funds as quickly as possible to revitalise the economy,” he said.

According to Zakaria, there would also be programmes for newcomers in the industry.

At the same time, he said Finas would push for films with a patriotic theme. He encouraged creative industry players with ideas on publishing patriotic films to get in touch with Finas to discuss production and funding.

“For the second stage, we have a programme to create a special economic stimulus aside from these initiatives,” he said, adding that Finas would work together with television stations to finance dramas and filming activities which had been approved so that they could be implemented immediately.

In addition, Finas would allocate funds for training programmes to scout for talent within the younger generation and help them gain an understanding of the creative industry.

He urged those involved in the creative industry in Sarawak to take the opportunities and participate in Finas’ programmes.