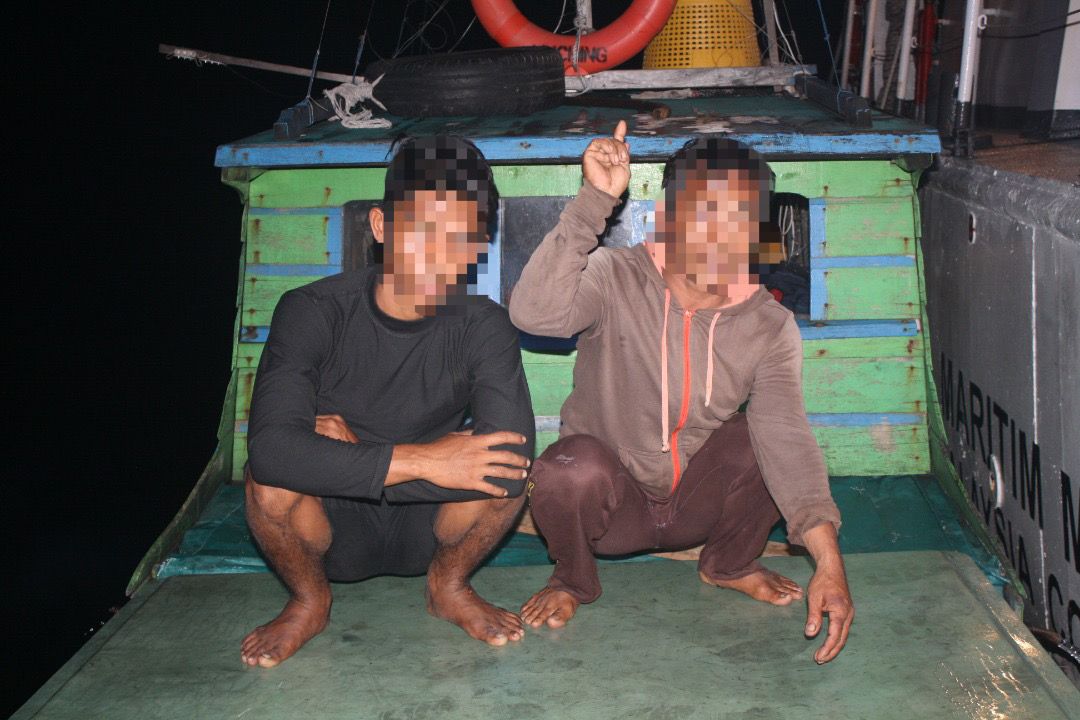 The Malaysia Maritime Enforcement Agency (MMEA) intercepted and detained the boat at 10.26pm during Ops Permai.

“At 10.26pm, KM Semilang was patrolling along the coast of Jerijeh and detected the boat without any registration numbers and was looking suspicious.

“The boat was stopped and a team boarded the boat and found the captain and a crew, both Indonesian nationals age from 51 to 15 years old.

“They have committed an offence under the Fishery Act 1985 for fishing on Malaysian waters without the permission from the head director of fisheries,” said Tanjung Manis Maritime Zone Director Commander (Maritime) Gilbert Tinggak Numpang.

They were also investigated under the Immigration Act 1959/1963 for carrying invalid identification documents.

The captain of the boat admitted that the boat came from Natuna Besar, Indonesia.

The boat crew were arrested and their fishing equipment were seized along with a number of fishes.

Gilbert said the boat and the seizures were escorted and detained at Tanjung Manis Terminal Jetty to be handed over to the investigating officer.