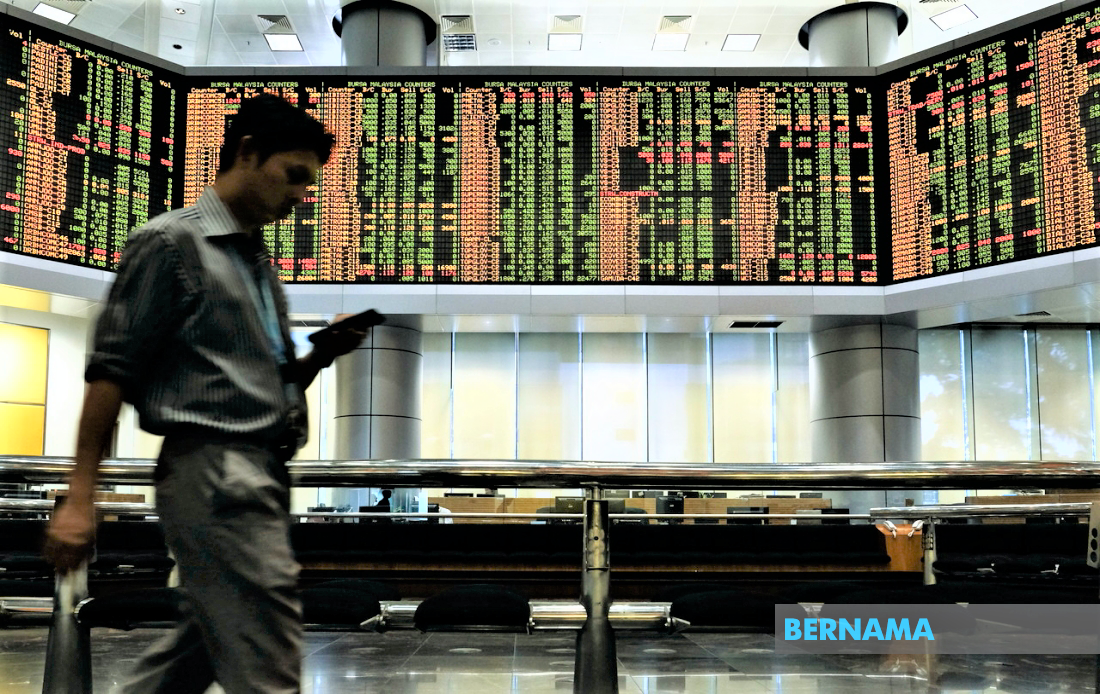 KUALA LUMPUR: Foreign investors withdrew RM288.2 million net of local equities during the third week of 2021 compared to the RM326.1 million acquired in the preceding week.

Vibes on Monday were positive amid China’s economy staging a recovery to pre-pandemic growth rates in the fourth quarter of 2020, propelling it to a full-year expansion of 2.3 per cent and making it the only major one to avoid a contraction.

Nevertheless, there were some selling activity in local banking stocks on Bursa Malaysia amid speculation of a cut in the overnight policy rate by Bank Negara Malaysia (BNM) on Wednesday.

“The pace of selling activity by foreign investors slowed down to RM14.8 million net on Tuesday, as investors took a cue of the 2.7 per cent rise in Hong Kong’s Hang Seng index, driven by Chinese investors, who are targeting national firms such as China Mobile Ltd that had earlier sold off on the imposition of US restrictions,” he told Bernama.

Adam said the contraction in foreign net selling activity continued on Wednesday to reach RM8.9 million as BNM kept its benchmark interest rate unchanged at a record-low of 1.75 per cent at its first meeting of the year.

The move somewhat calmed the nerves of investors, who particularly had exposure in banking stocks, as an unchanged overnight policy rate (OPR) would mean lower risks of net interest margin compression for banks.

“The latest decision by BNM to maintain the OPR also indicated that the central bank is probably adopting a wait-and-see approach, awaiting the response of businesses towards the Malaysian Economic and Rakyat’s Protection (Permai) assistance package announced on Jan 18, 2021,” he said.

Adam said the dampened sentiment in rubber glove stocks on Thursday was due to the 0.4 per cent appreciation of ringgit against the US dollar which could hurt the revenue of rubber glove makers as their products are exported to other countries.

Friday then saw a foreign net outflow of RM89.7 million as risk appetite was dented following reports that Hong Kong planned to lock down tens of thousands of residents for the first time to contain a worsening Covid-19 outbreak.

Notwithstanding this, he said buying interest in rubber glove counters returned on Friday amid the high number of coronavirus infections around the glove, which helped prevent further selling activity by foreign funds.

MIDF Amanah Investment Bank Bhd, in a research note, said since the beginning of 2021, cumulatively, retailers were the only net buyers of our equity market to the tune of RM1.16 billion.

Local institutions and foreign investors are net sellers to the tune of RM862.97 million and RM299.09 million, respectively.

“In comparison to another three Southeast Asian markets that we tracked last week — Thailand and Indonesia recorded foreign net inflow whereas Philippines and Malaysia experienced net outflow,” it said.

In terms of participation, the retail investors recorded a weekly decrease of 9.49 per cent in average daily trade value (ADTV) while foreign investors and local institutions experienced declines in ADTV of 23.16 per cent and 7.66 per cent, respectively. – Bernama