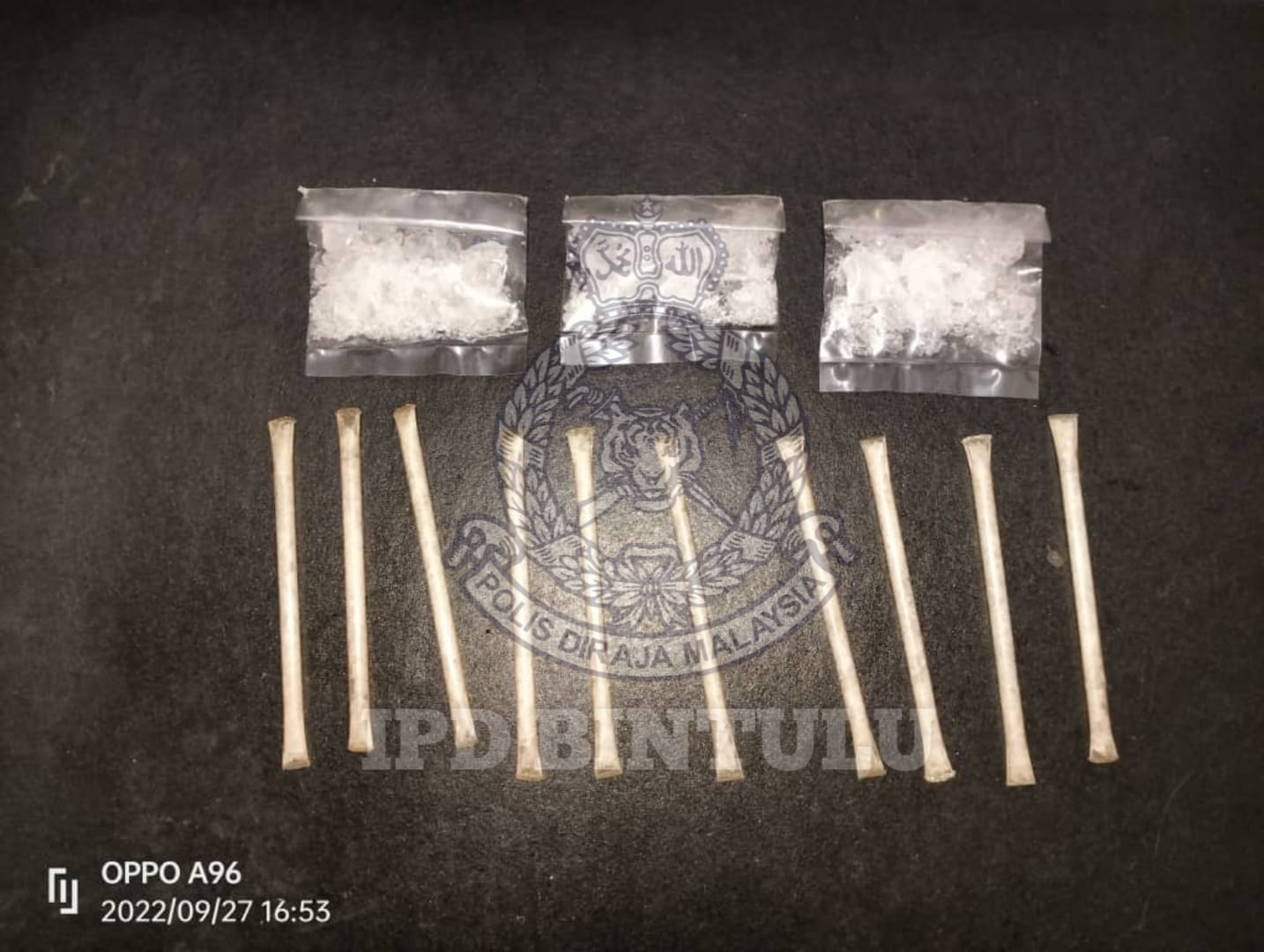 BINTULU: Narcotic police here arrested a foreign man suspected to be a drug dealer (tokan) for possessing 24g of drugs believed to be syabu yesterday.

“The suspect will be investigated under Section 39A (1) of the Dangerous Drugs Act 1952 after 10 straw tubes and three plastic packets containing drugs believed to be syabu, were seized from him.

“If convicted, the suspect can face up to five years in jail and up to three whipping of the rotan,” he said.

Other than that, the suspect who is tested positive for drugs, will be investigated under Section 15(1)(a) of the Dangerous Drugs Act 1952 as well as Section 6 (1)(c) of the Immigration Act 1959/63 for not possessing any valid travel document.

Any information related to substance abuse activities in the district, can be channelled to the police at 086-318304.