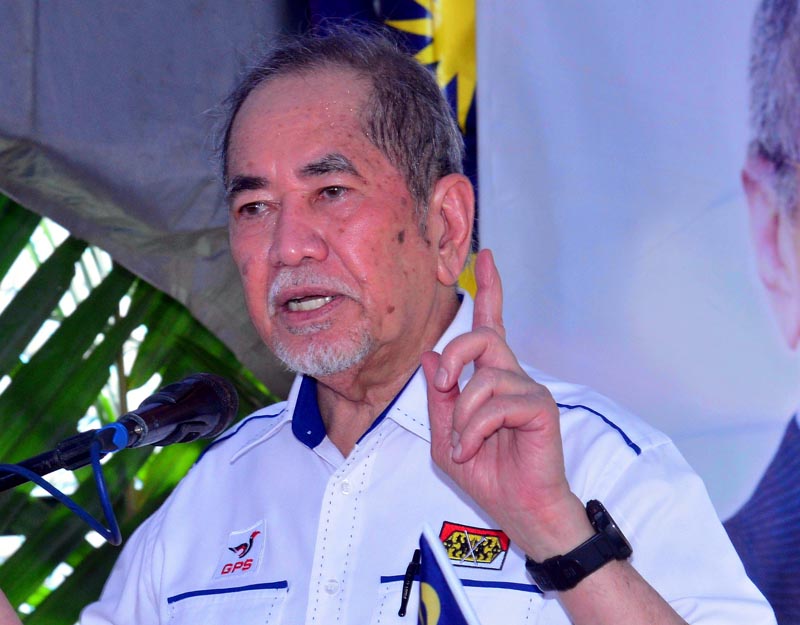 KUCHING: The proposed amendment to Section 33C of the Insolvency Act (Act 360) would serve to create a ‘friendlier’ law, encouraging the people to participate in business ventures.

Minister in the Prime Minister’s Department (Parliament and Law) Datuk Seri Wan Junaidi Tuanku Jaafar said he hoped the proposed amendment would solve the issue faced by Bumiputeras and Malays who are afraid of taking part in business activities and entrepreneurship.

He explained that the fear stemmed from the severe consequences brought about by filing bankruptcy should their businesses fail.

“If many people go bankrupt, the people will be afraid to venture in business activities. So we are training not to scare them away (by introducing the proposed amendment), especially the Bumiputeras and Malays.

“As for the Chinese, they are seldom afraid of this. This is because of their years of experience in businesses and they are often wise,” he said.

He said this at a press conference after officiating the Program Kenduri Rakyat at Kampung Bako Hilir here today.

“So there is a need to create a friendlier set of laws leaning on the side of debtors instead of creditors,” he added.

Wan Junaidi said he is still researching the full details of the proposed amendment.

“Although we have asked for suggestions from the Insolvency Department, that is only a small part of the whole amendment.

“Because the prime minister (Datuk Seri Ismail Sabri Yaakob) has directed us to deliberate on this matter for the greater good of the people,” he assured.

Amendment to Section 33C of the Insolvency Act (Act 360) in regard to automatic discharge from bankruptcy after three years is among the proposals submitted by the Insolvency Department to the government to improve the law.

The proposed amendment was to help more bankrupt people get out of bankruptcy after three years.