He said details of the programme are being finalised and vaccination would provide relief as well as protection to those who deal directly with the public daily.

“They are also important entities in safeguarding the well-being of the public as they continue to supply them with food and other daily essentials.

“We are also aware of the recent increase in infections among workers in the retail and distribution sector, which has led to the closure of business premises and caused problems to consumers in getting their basic necessities,” he said at a press conference after observing the compliance to standard operating procedures (SOP) in business premises under Phase Two of the Movement Control under the National Recovery Plan (PPN) at a supermarket here today.

On a related issue, Nanta announced that his ministry had issued compounds worth RM4.06 million for various offences related to movement control SOP from May 13 last year until today (July 6).

Nanta also said the ministry inspected 634,350 premises during which 714 offences were detected, including failure to provide temperature scanners and not observing physical distancing.

Asked about grouses by some tenants of stores and kiosks in shopping complexes or supermarkets who still have to pay rent even though they are not operating, Nanta said the ministry was ready to be the mediator to resolve the issue.

“This is a matter between the owner of the building and tenants, but we are ready to help if there’s a complaint. We are ready to discuss with the owners or management and appeal to them to show concern for the welfare of tenants who need help during these tough times,” he said. – Bernama 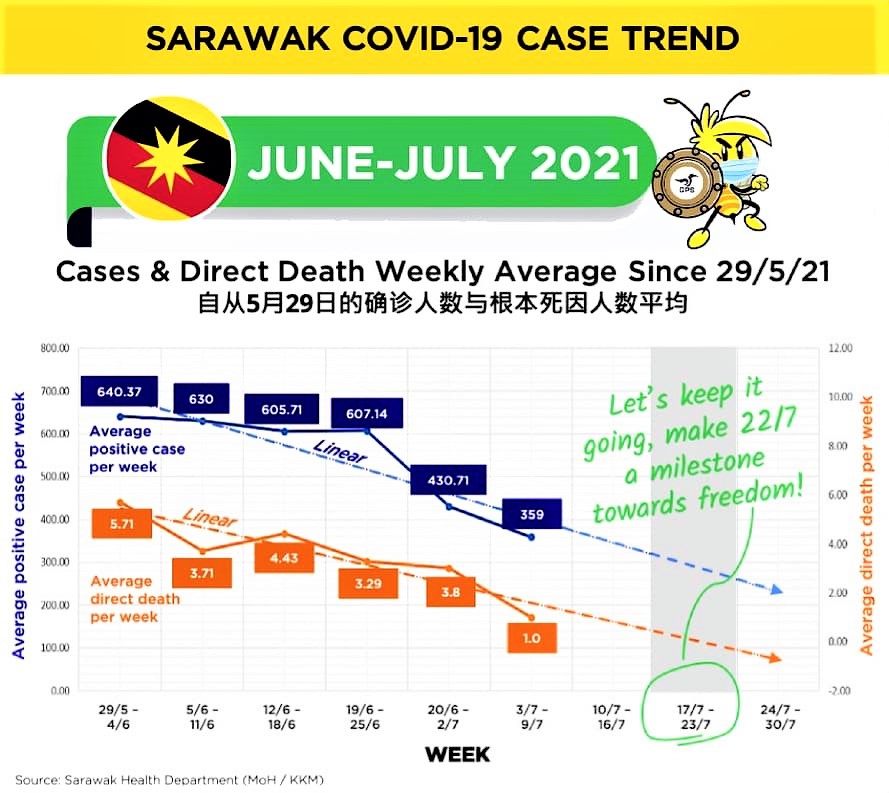 Declining case trend since May

Two new cluster detected each in Bau and Kuching