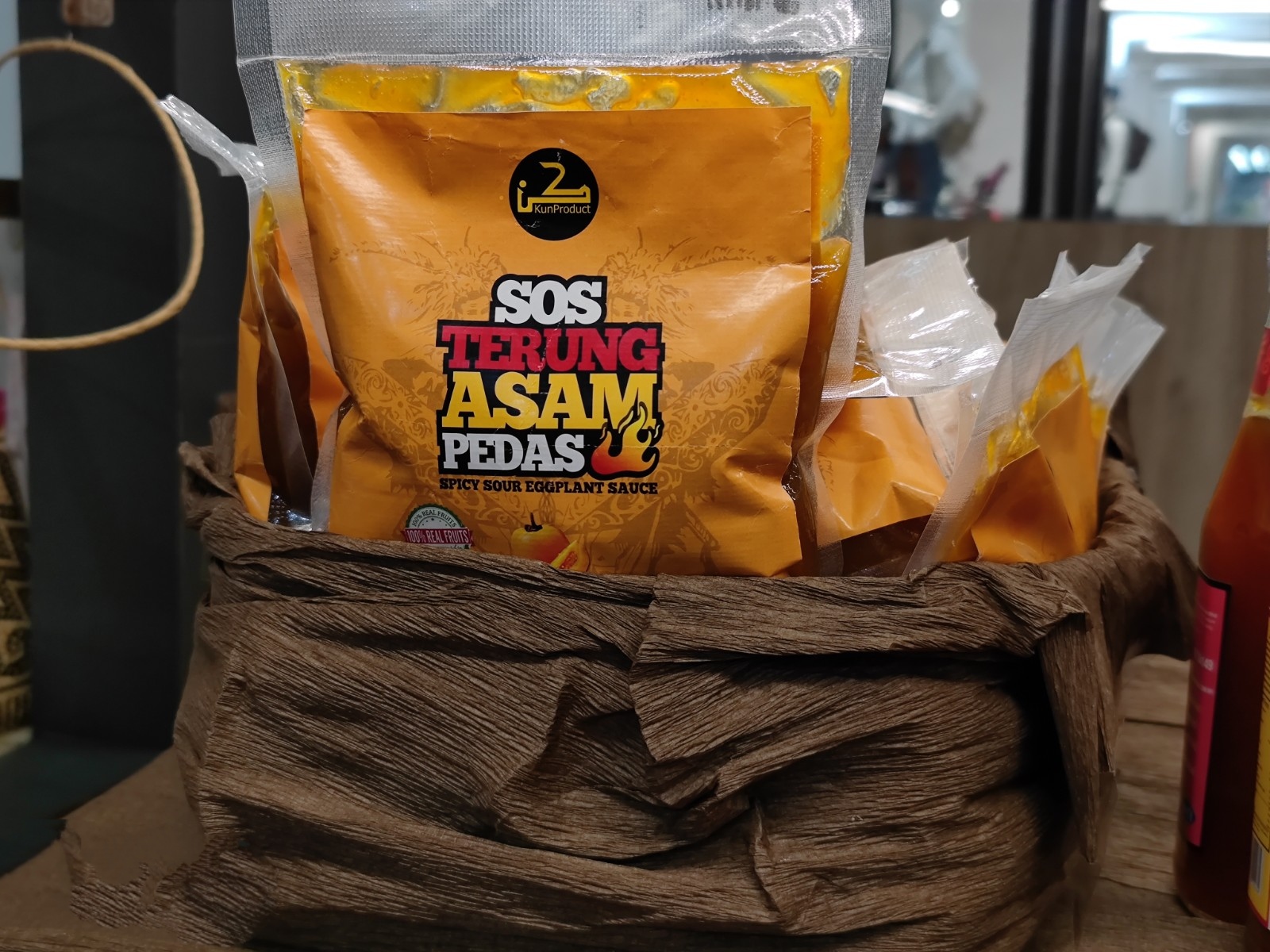 KUN Product Managing Director Fitriah Rahbi jumps through hoops to venture into the terung asam business in an effort to help others. 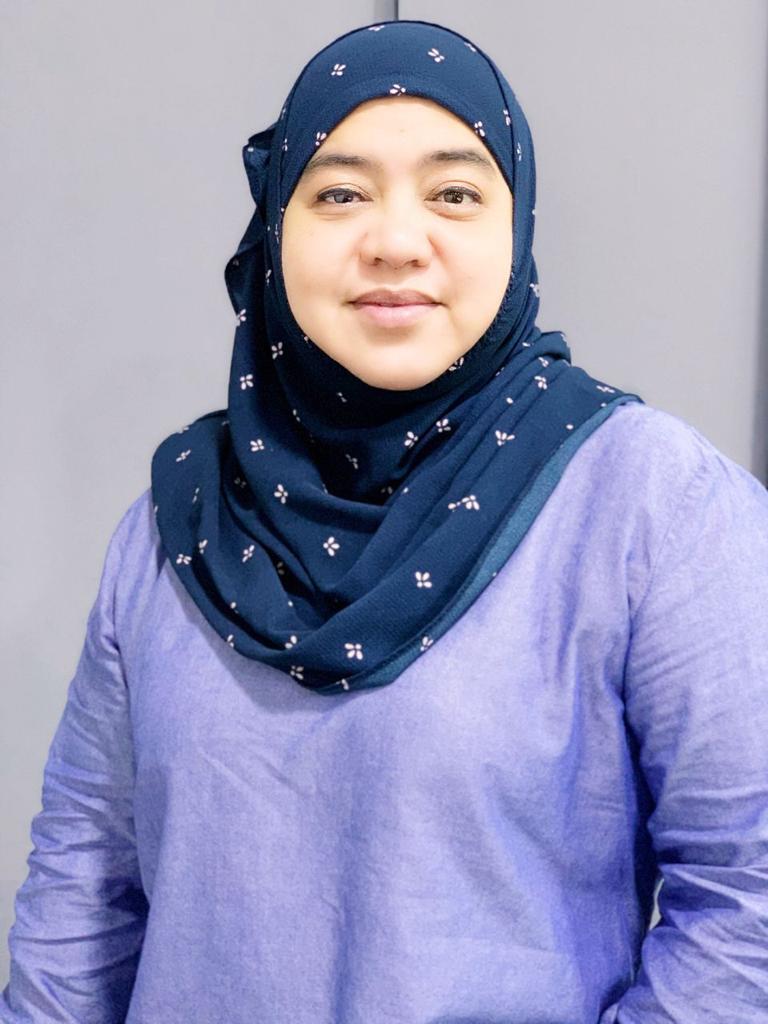 KUN Product Managing Director Fitriah Rahbi described her experience with terung asam (sour eggplants) by saying that if the fruit were a human, she would have slapped it long ago

Working on the local fruit, she said, has been challenging. Despite this, Fitriah continues because its benefits outweigh its cons.

The 48-year-old has been an entrepreneur since a young age and has always had a strong interest in business.

She used to sell scarves, ice cream sticks, and others in school for the thrill of making money. She was given the opportunity to sell at a booth in 2010.

“And I was thinking, what should I sell?

“I asked my sister, and she suggested I try selling jeruk (pickled fruits).

Taken aback by the suggestion, the native from Miri said she disliked the snack.

Nonetheless, she pursued the idea and ordered the help of the popular jeruk brand Pak Ali to ship 100 kilogrammes from West Malaysia to Miri.

“I sold out within two days of selling at the booth. That’s when I realised Miri has a market for jeruk.”

Fitriah took advantage of the opportunity and continued to sell the Pak Ali brand jeruk until 2016. She then created her own jeruk under a different brand. 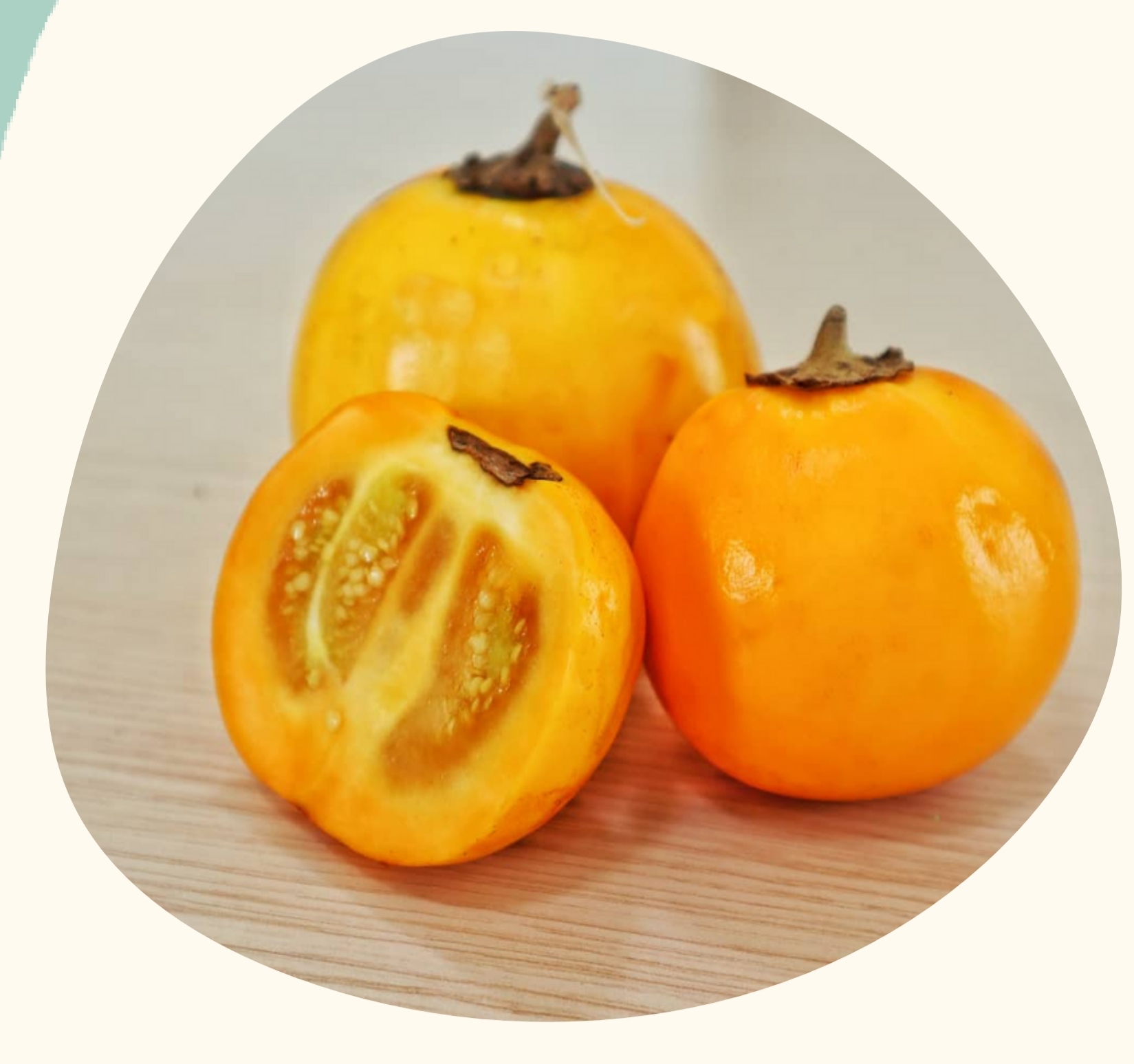 Fitriah said she often drives around Sarawak and in 2018 she happened to pass terung asam farms in Ulu Baram, Miri.

“There were a lot of ripe fruits on the ground. The farmers approached me and asked if I could do anything about it. I told them I couldn’t make any promises.”

Fitriah, however, was intrigued by terung asam and brought the fruit home to study.

“I enquired about the fruit with the Sarawak Department of Agriculture (DOA). According to the person in charge, they are working on increasing the shelf life of terung asam. However, no entrepreneurs are interested in acquiring the product to sell,” she revealed.

Taking up the challenge, the business-minded woman set up a factory behind her house to produce dried terung asam fruits.

“It was a small area. I can only cater 100 kilogrammes per week, but I would receive 600 kilogrammes from the Ulu Baram farmers. While working on it, I remembered that my shawl was covered in terung asam. Another thing about the fruit is that if your skin comes into contact with the seed, it will itch,” she said.

Her participation in the 2018 Agrofest with her dried terung asam product motivated her even more.

Fitriah had developed a new Sarawak identity with the product as a result of the unexpectedly positive outcome. She relocated to a larger factory in 2020. 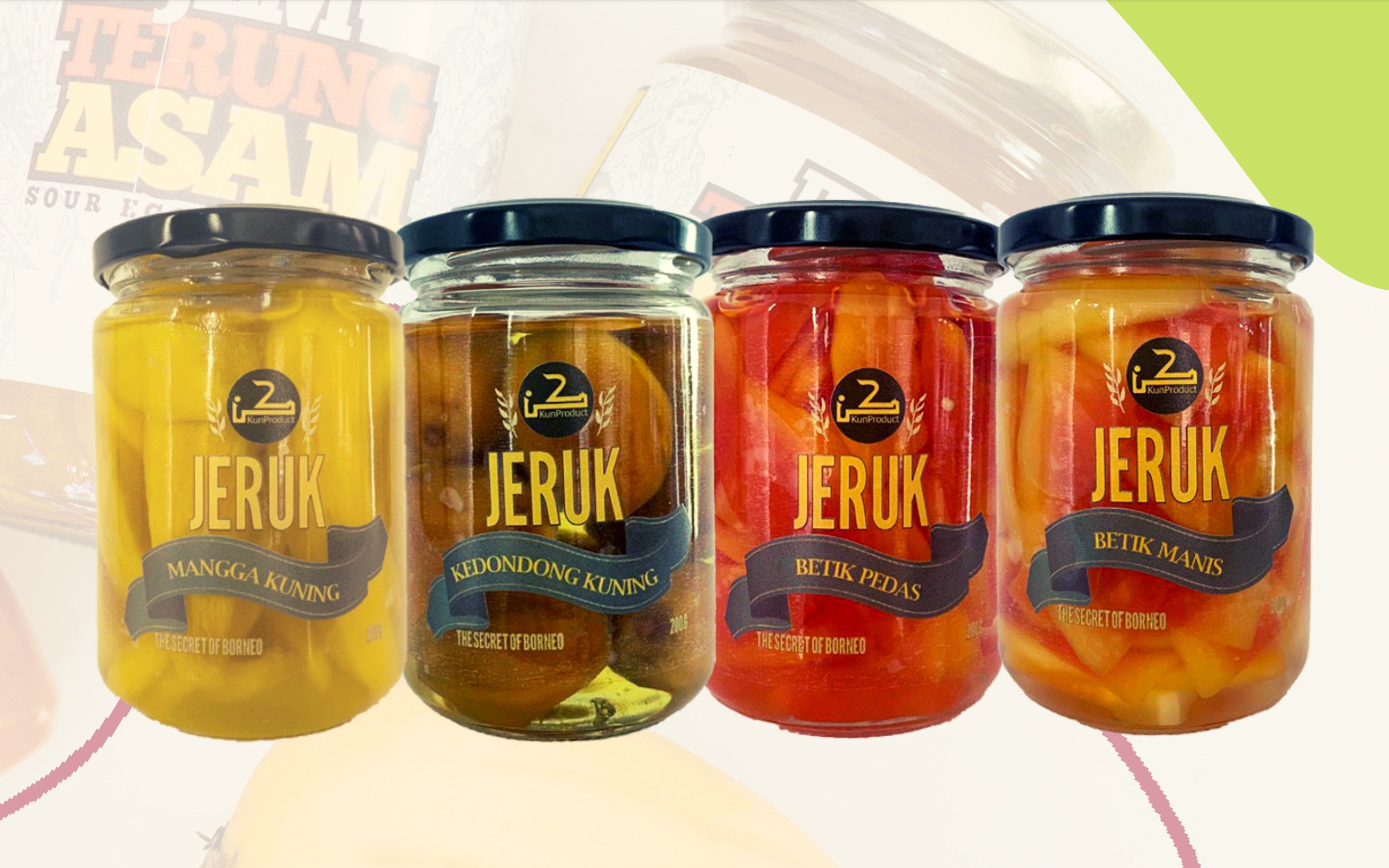 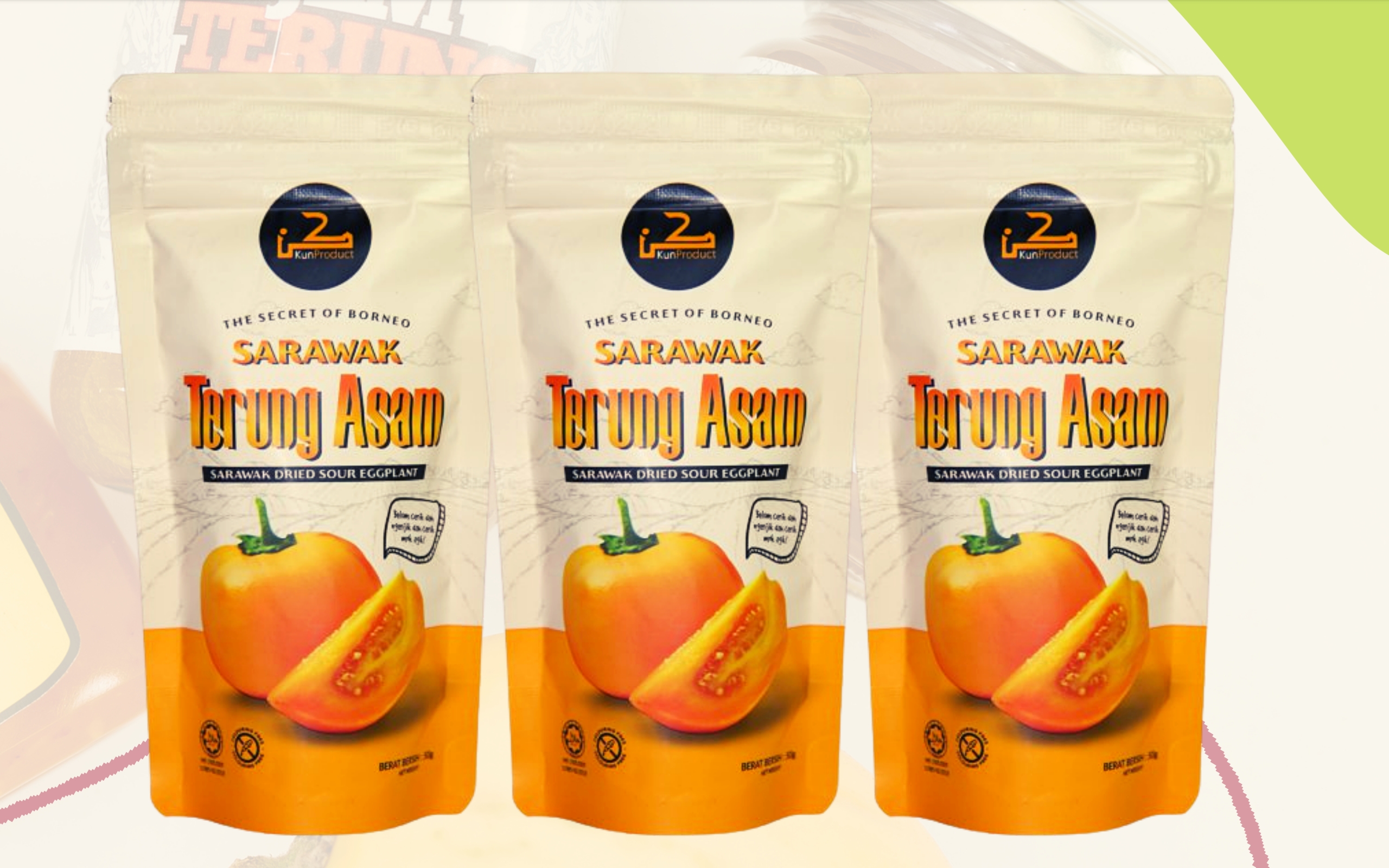 With the intention of slapping terung asam if it were a human, the fruit may look simple, but Fitriah said there is more to that round and orange.

“It is a fruit that frustrates. I am still conducting research and development for the dried fruit range.”

According to her, drying the terung asam will fail if her dryer is not set to the proper temperature.

“Sometimes the final product is not moist enough or is extremely hard. Sometimes, the colour is wrong! Terung asam takes seven days to dry. We will not know whether the batch was a success or failure until the end.”

Fitriah went on to say that there is always something wrong.

“I would assume my products were stable and nothing could possibly go wrong. Then, all of a sudden, something goes wrong. I’m always wondering, ‘What’s wrong with this fruit?’ I’ve spent millions just to produce dried terung asam,” she said, adding that the sauce and jam range is usually not a problem. 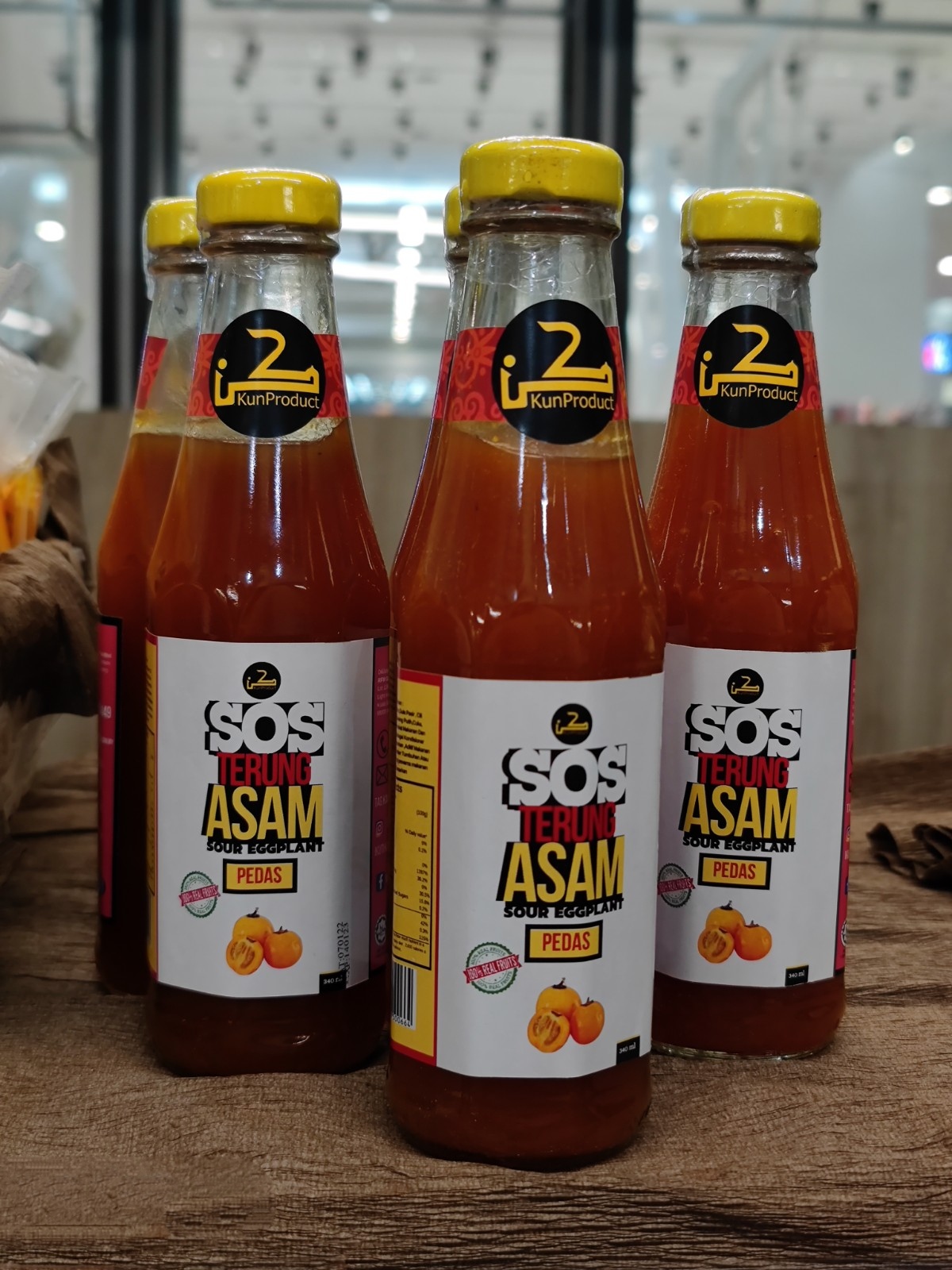 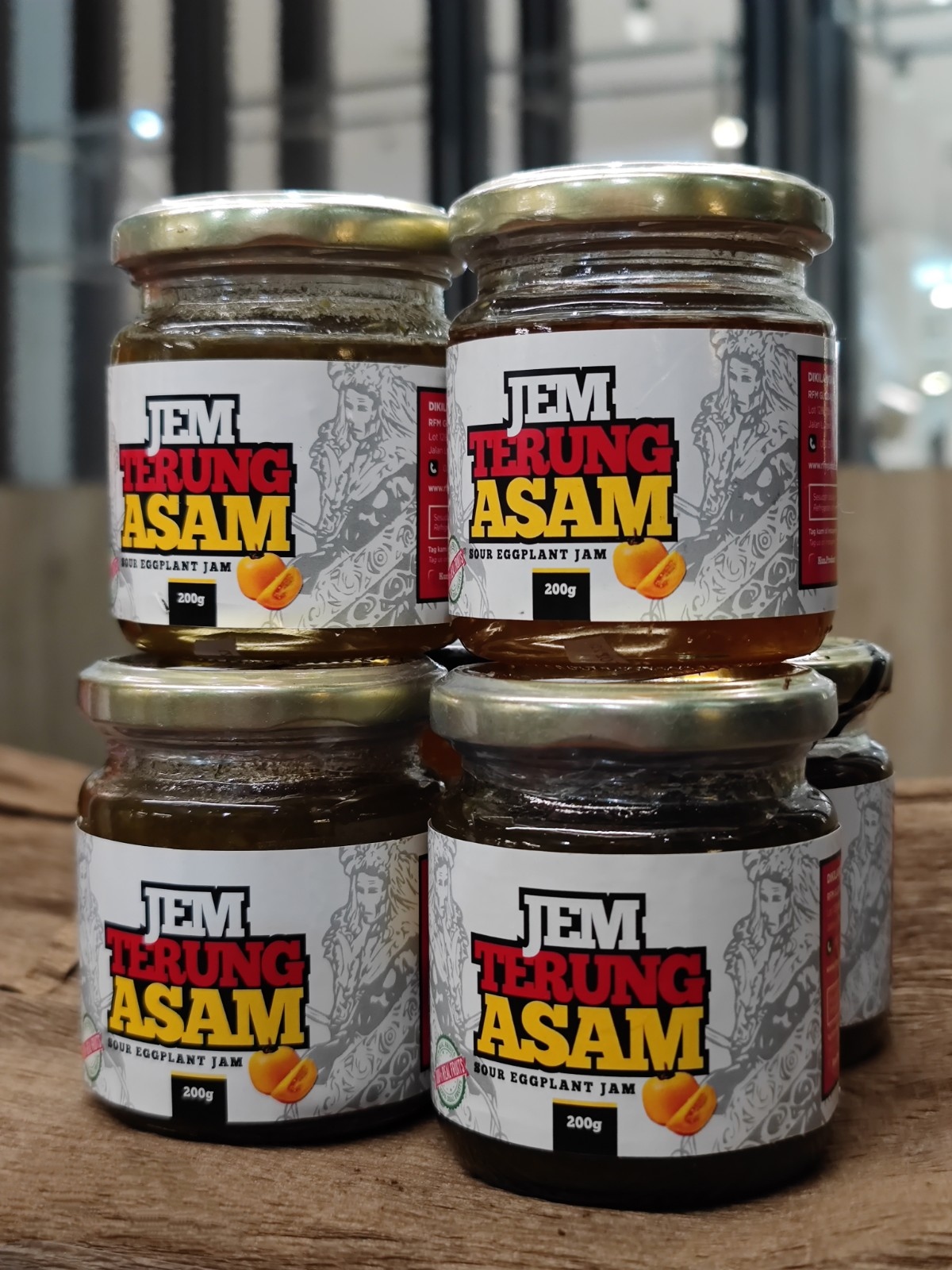 Handling terung asam is no easy task. There are so many obstacles to overcome. Nonetheless, Fitriah is determined to continue her work.

When asked about her decisions, she said that she had dipped both legs in, which meant there was no turning back.

“I believe that anything that grows on Earth is a gift from God. Everything, in my opinion, has advantages. I was saddened by the abundance of terung asam on the ground. It seemed like a waste. God gave us this fruit, but it was all wasted,” she said.

She discovered through her studies that many farmers in the state’s rural areas grow terung asam.

“If I collaborate with them, we will be able to help each other. I create the platform, and they sell it to me. At the very least, they are making a living. What will happen to these farmers if I stop?” added Fitriah.

She also mentioned that the DOA provides terung asam seeds for farmers to cultivate on their land.

This creates a demand-supply loop, which helps to build the rural farmers’ socio-economic system.

She introduced terung asam sauce and jam under KUN products in 2021. It then expanded to sell terung asam ice cream and fruit.

“From this product awareness, I want people to know about this Sarawak fruit. I want them to know that it can be enjoyed in a variety of ways.”

She introduces a new range under her terung asam line, as well as a package for start-up entrepreneurs to pick up and sell the product.

“My factory will produce from here, and entrepreneurs will be able to acquire to sell. In the future, I will also give West Malaysians the opportunity to introduce this fruit to their respective state.”

Fitriah hopes that the fruit will be infused into tea in the future, in addition to expanding and introducing terung asam to new markets.

“I’d like to make terung asam tea. It’s a delicious combination of sweet and sour. Then we can begin working with local tea shops.”

Hoping to help as many as she can through her discoveries, Fitriah wants to see many flourish alongside terung asam.