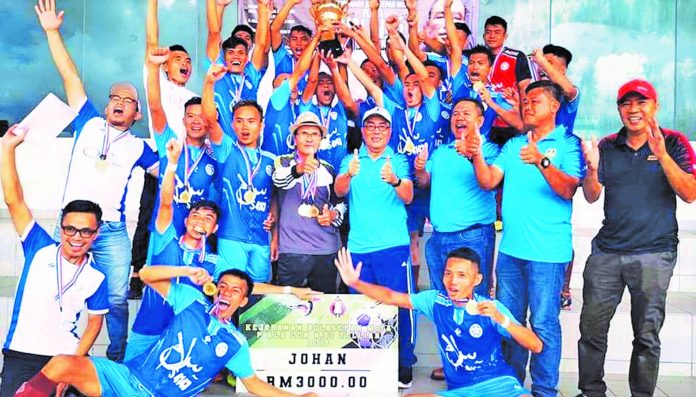 Mohd Igat Shafizal emerged the hero of FT Banqku after scoring the winning goal in the 27th minute.

FT Banqku led by Abdul Salam Saibi has been the tournament favourites after beating MyTeam 3-2 in the semi-finals.

Meanwhile, the final best player award was won by Mohd Ikhmarrudin Jais of Oya FC. The top scorer award was also won by his brother Mohd Farizuddin of Oya FC who scored 14 goals.

Tellian Assemblyman Yussibnosh Balo who was accompanied by the president of the Mukah Football Association (MuFA), Sergeant Major Ajahar Bakar gave away the prizes.

A total of 20 teams around Mukah took part in the tournament which kicked off in November.

Among the leading teams were Tellian Power, Educ Mukah and IPD-M FC.