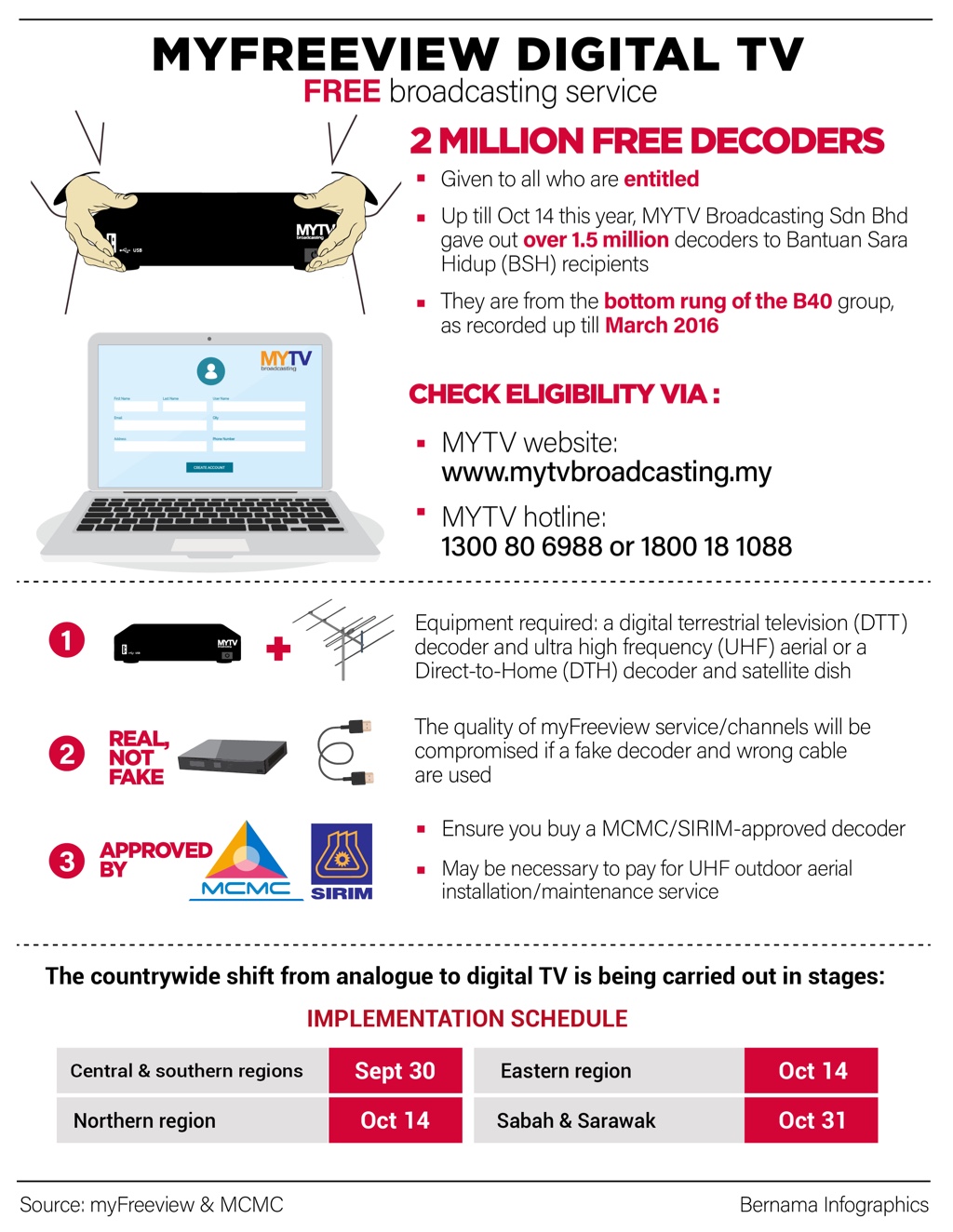 MCMC said the transition of analog TV broadcasts to myFreeview Digital TV already began in the central and south regions on Sept 30 and the north and east regions on Oct 14.

Meanwhile, Sabah and Sarawak will be fully switching to digital tv broadcasts on Oct 31.

The commission said myFreeview Digital TV would give people the option to watch a variety of new television channels, radio and apps such as online shopping, current information and interactive education.

Motorcycle thefts in Bau down

Committee to speed up drainage works