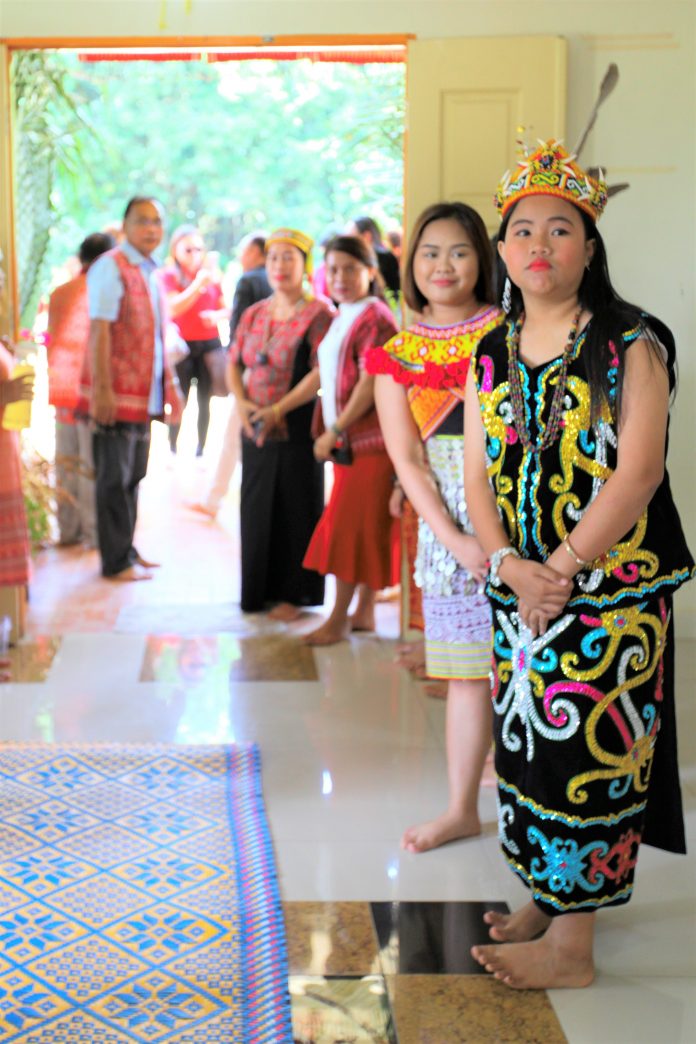 Celebrated every year on June 1 by the Dayak people in Sarawak, Hari Gawai — or Gawai Dayak — is a thanksgiving and harvest festival marking bountiful yields and the planning of future prospects. However, this year, the celebration will be a bit different with all the restrictions imposed by the government in facing the Covid-19 pandemic.

Memories of a lifetime

OOOHHAAAA OOOHHHAAA — the battlecry of an exuberant Iban fellow can be heard welcoming the harvest festival, or better known as Gawai Dayak.

After a year of working tirelessly, Dayak — Iban and Bidayuh — everywhere pour themselves glasses of tuak (homemade rice wine) to celebrate the occasion.As an Iban girl, Gawai was always the day I look forward to. Living in the city, days before the festival, my family and I would pack up and dad would drive us for several hours back to his hometown, Simunjan.

When my grandmother was still around, that was when the fun would be during Gawai. While it is a cheery event, Gawai is different now that she has passed on in 2004.

I recalled my father and his siblings — alongside their children — would gather in my grandmother’s house at least two days before Gawai. We would set up our sleeping area around the house, of just blankets and pillows on the floor. It was something meaningful to look forward to annually. Imagine the chatters before bed, and in the morning as we gradually woke up to slow talks of one another.

Gawai at the kampung was always something to look forward to. The smell of tea wafted through our noses during breakfast. While it was a common scent, it became extraordinary when we were at kampung. As a little girl with a huge appetite for snacks, my grandmother would make traditional Dayak snacks such as kuih jala, kuih sepit and kuih cuan (biscuit shaped out of a rose). We would have them over tea for breakfast daily.

Every day we would have the most authentic Iban food such as the Ayam pansuh, leaf vegetables and even terung Iban, as my father would call it.

It was such a delight, as our meals would be accompanied with freshly barbecued pork or chicken.

On the eve of Gawai, the children would be frolicking around, either visiting families nearby or going to the river for a swim. Meanwhile, the adults will make preparations for the following day. From cleaning the house to preparations of food, everyone was in the mood to celebrate.

In the evening, the adults would drink and eat, usually from 7pm while waiting for the midnight clock to strike. Even though it was just the eve, food was not scarce. There were barbecued meat, Dayak delicacies, biscuits, and cakes to be shared around. It was such an exciting time every year — from joking around to singing as tipsy adults made the hours such fun.

Unlike other Dayak families, we do not uphold the traditional practice of ‘miring’ — seeking blessings and safety from the gods, and to honour them. This was because, being a modern Dayak family, we were not capable to perform the miring ritual.

Just before midnight, my father would take out his phone to check the time. Then we would do a countdown with everyone’s hands’ holding a glass of tuak. This sacred ritual was the only time children below 18 were allowed to drink as it was a cause for celebration!

“10, 9, 8, 7, 6, 5, 4, 3, 2, 1, OOOOOOOOOHAAAAAAAAA GAYU GURU GERAI NYAMAI LANTANG SENANG NGUAN MENOA” — this words of blessings are all too familiar during Gawai. It was such a heartwarming moment as we welcomed the day. After the drink, everyone would go around hugging, thanking and just appreciating the moment we were together. Undoubtedly, celebrations such as this one taught me the meaning of treasuring relationships.

The merrymaking continued the next day at the home of the village head.

This time, the gathering was of the whole village. Everyone, young and old, would celebrate the festive day with more drinking. Villagers would organise potluck, where each household would bring food to be shared with everyone. It was such a joyful feeling.

Every time a new visitor was greeted, they would have to drink a glass or two. And when it was time for them to leave for a new place, “One for the road!” would always be the expression of goodbye, accompanied with a glass or two of more tuak. There was always an abundance of tuak to go around. In modern days, you could even see branded wines given. People rarely get through Gawai sober.

It was such a lively affair — there would be karaokes of Iban songs and the sound of Iban traditional instruments in the background. People from all walks of life would get up to joget (dance). It was as though everyone knew each other, but then again, the hall comprised people of the same village. Nonetheless, whether it was meeting old friends or making new friendships, it was no hard feat.

By afternoon, the hall of the village head would gradually be filled with people sleeping after a good drink. That was the common symbol of a great celebration. Yet, at the same time, there would still be energetic people continuing the celebration. Ngabang (visiting) can go on right up to midnight, and even the next day. I remembered staying at a relative’s house from afternoon to midnight.

To better describe Gawai — it is the day of continuous, vigorous celebration. Of mending broken relationships, making new ones, and the laying of bricks of new and old friendships. Over food and drink, shared with people of different walks of life, the conversations and merrymaking on Gawai day can create memories of a lifetime.

Unfortunately this year, it will all be only fragments of memories and emotions. As the global pandemic continues into the second half of the year, many events were forced to be cancelled. However, it does not stop me from feeling the spirit of the traditional festive season. Instead, it ignites the feeling even more. Selamat Ngintu Ari Gawai everyone!

Have you tried CrackTack Spicy Balado?