Telang Usan rep has a fight on his hands

KUCHING: The war against the Covid-19 pandemic aside, Dennis Ngau has another major fight on his hands.

The Telang Usan assemblyman is facing an uphill battle trying to convince his constituents to get vaccinated against the coronavirus disease.

Nevertheless, he is not one who is going to give up, not in the least.

Dennis, who has already taken the two doses of the vaccine, used himself as the best example to influence his constituents.

“I stand in front of them, showing them that I’m still standing and I’m still alive. I ask them to come and touch me. I tell them I’m not a ghost, I’m your YB (Yang Berhormat),” he said.

Fake information on the Covid-19 vaccines has preceded Dennis in the constituency.

“We’ve also encountered videos made by individuals who claim to be experts on the virus, saying stuff like we don’t need the vaccine and that you will die and it can make you gila (crazy),” he said.

The rural people, who are simple-minded folk, have decided against being immunised after having been fed with this fake information, he said, referring to the Kayan, Kenyah and Penan.

“This is happening in the rural areas, especially among the natives in my area,” he lamented to Bernama.

Dennis said that ever since the Sarawak Covid-19 Immunisation Programme started last March, efforts have been taken by the Telang Usan District Office together with the Long Lama Health Clinic to get as many people registered and also to educate the public on the benefits of taking the vaccine.

He said that early this month, a total of 282 of his constituents received their second dose of the vaccine and this has brought some confidence to the people of Telang Usan, located in the Miri Division.

“This effort of promoting the vaccine is ongoing. We have taken the initiative to go to the kampong (villages) and longhouses to send a clear message to the people about the vaccine.

“I have also issued a letter to all village chiefs in my constituency to list those who are 18 years old and above if they’re interested in being vaccinated,” he said.

He said that so far, the vaccination centre is able to accommodate his constituents but he hopes that more centres can be opened in the future, especially in the rural areas.

“I hope the government can consider my suggestions. In my area, there are several clinics which are located closer to the people outside the town, like the Long Bedian and Long San clinics,” he said.

Sarawak aims to vaccinate 2.2 million people by August and, as at June 7, a total of 119,459 people have received the two doses of the vaccine. – Bernama 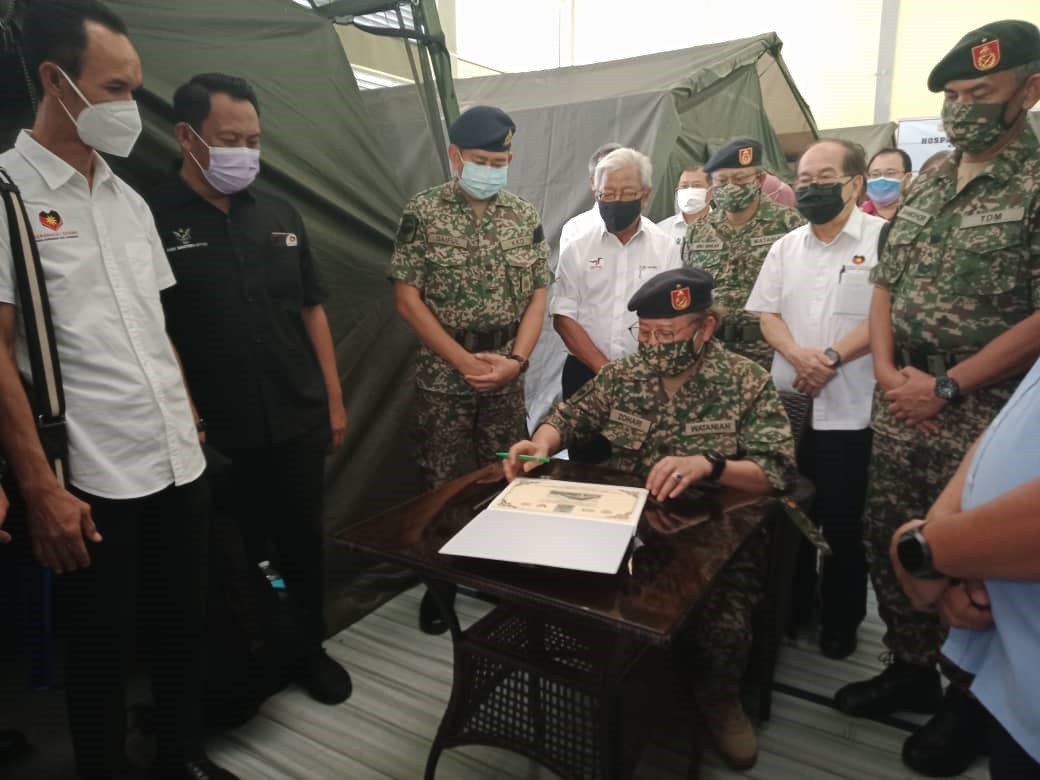