MUKAH: Several members of the public here have given their two cents’ worth on a statement made by Education Minister Dr Maszlee Malik on Wednesday.

According to Maszlee, nearly 60 percent of first-degree holders and above remained unemployed after one year of graduating.

He said the facts were based on findings from the Ministry of Education Malaysia’s Graduate Tracer Study (SKPG) for 2018.

Elqa Shahdeiq Materang opined that employers should give fresh graduates a chance so that the latter could hone their skills and gain valuable experience.

“The demands of (some) employers who (even) want candidates to have work experience (even for junior positions) have left many fresh graduates unemployed,” added the 25-year-old, when commenting on Maszlee’s statement.

Elqa said that this also happened because some of the courses offered by higher education institutions were irrelevant to the job market.

“Therefore, it is appropriate that such courses are frozen or eliminated so that graduates do not waste time studying for years but in the end they also have to suffer because they are not employed.”

Ismandy Dillah, 43, said graduates had to compete with each other because of the relatively limited job vacancies compared to their large numbers.

“In addition, they must also be proficient in the use of today’s technology in line with digital developments.

“My advice to them is to keep trying to find a job. Many jobs out there need young people like them — all they have to do is don’t choose (type of work) but, get the experience first — that is more important,” he explained. 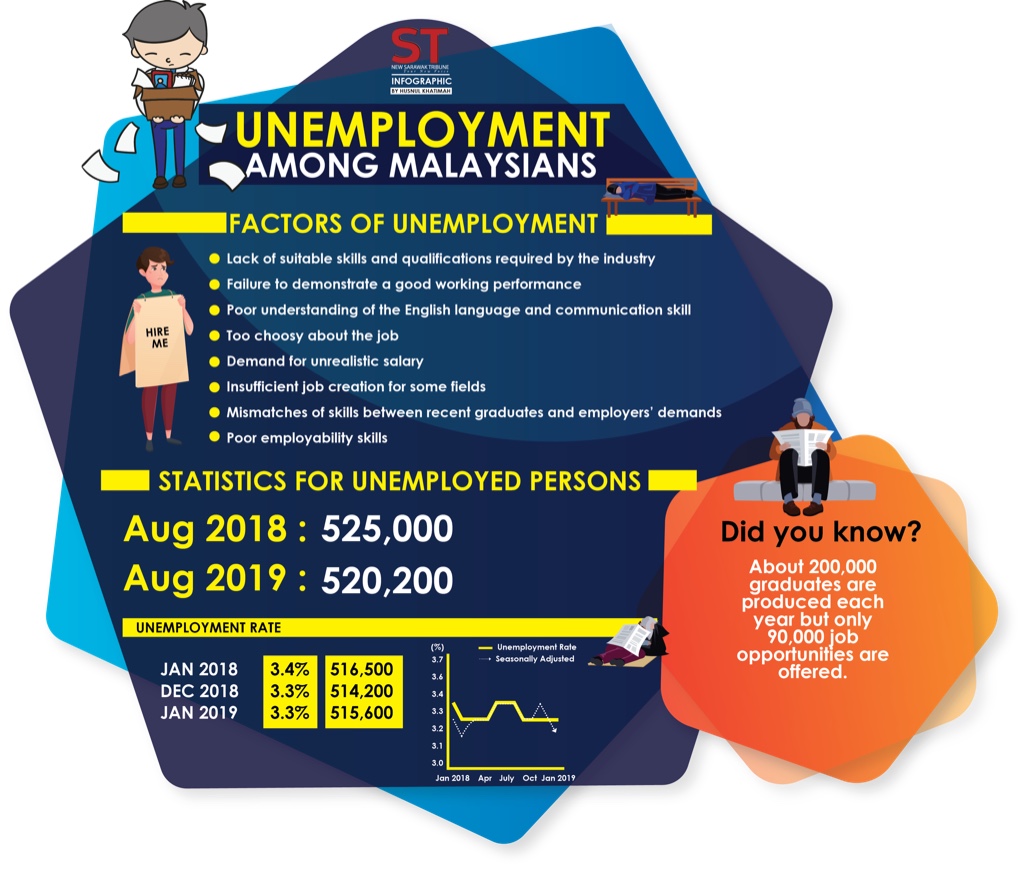 According to Cindy Erica Sylvastine Gelau, the tendency of employers to choose only experienced workers was one of the reasons many fresh graduates were jobless.

However, the 23-year-old said that should not be a reason for many to remain unemployed for a long time.

“Graduates who are still unemployed can take advantage of current technologies. For example, they can start an online business.

“Many young people are successful in online businesses – what’s important is their determination,” she pointed out.

For Zuhaili Mokhtar, 25, the attitude of some fresh graduates was one of the reasons contributing to the situation.

“This is because they feel it is not worthwhile to work in a field that is not the same as their academic qualification.

“In addition, the increase in the retirement age limit is also the reason why many fresh graduates are still unemployed in Malaysia,” he opined.

Give your support to Mermaid Pink Run

Self-quarantine if you have been to Singapore recently