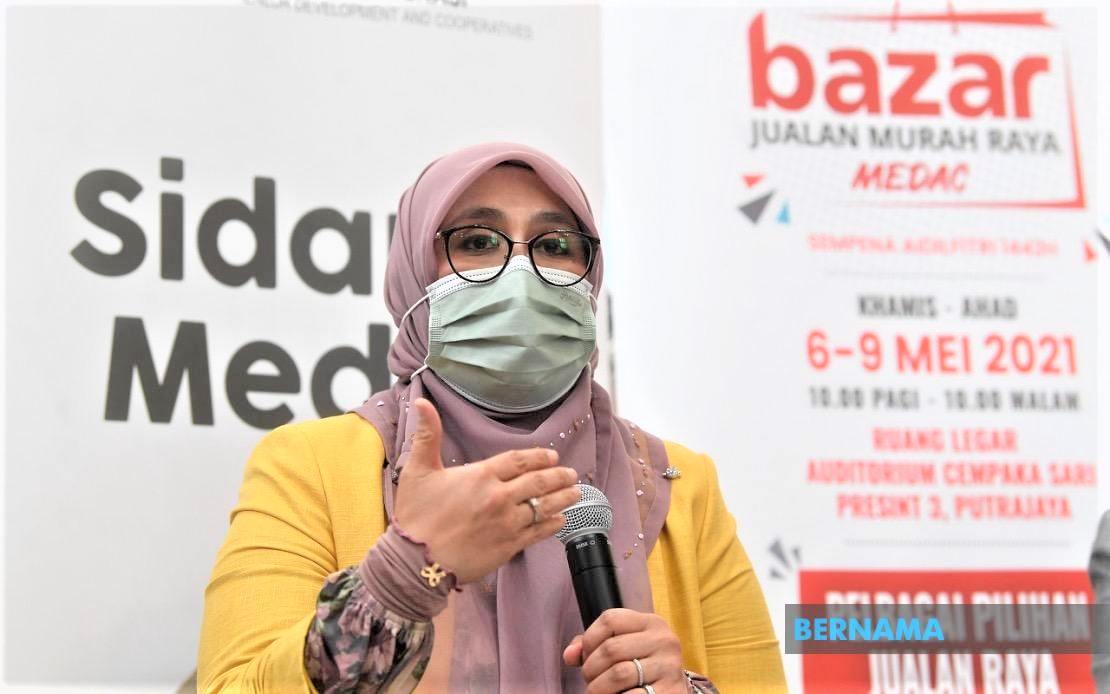 KUALA LUMPUR: Various initiatives have been implemented by the government to show responsive feedback in ensuring economic survival of the cooperatives sector in particular and the country in general, the Ministry of Entrepreneur Development and Cooperatives (Medac) said.

In a statement today, it said various initiatives have been introduced through the Cooperative Commission of Malaysia (SKM) to prevent more cooperatives from becoming inactive, high job losses in the society as well as ensuring the people continue to have access to basic necessities and critical products throughout the movement control order (MCO) period.

She said the initiative covered various aspects such as opportunities to increase income through cooperatives, venture into more dynamic new businesses, sale of basic necessities at fair prices as well as the use of the latest marketing applications in an effort to increase sales revenue.

“Cooperatives as a business entity and social organisation are also affected as evidenced by the lower revenue by RM4.34 billion to RM41.45 billion in 2020 from RM45.79 billion in 2019.

“The closure of the country’s border and cross-district or state restrictions affect the income of cooperatives that carry out service activities including tourism, hotels, boarding houses, bus and taxi services,” she said.

Meanwhile, Mas Ermieyati said as of June 30, SKM recorded a total of 127 cooperatives’ MCO 3.0 moratorium applications being approved involving a total amount of RM8.3 million for a period of three months.

“This moratorium can help cooperatives to continue economic activities and become one of the initiatives provided by SKM to all cooperatives that have a financing account with the SKM Revolving Capital Fund.

Among the other efforts and initiatives undertaken by the government is the Pemerkasa program which was announced in March, the Pemulih initiative in June and the Cooperative Movement Economic Transformation Programme. – Bernama

Over seven in 10 Malaysians aware of digital banking services