KUALA LUMPUR: The government today announced the Covid-19 Special Assistance (BKC) involving an allocation of RM4.6 billion, yet another form of cash aid which is expected to benefit more than 11 million households, senior citizens and single people.

Prime Minister Tan Sri Muhyiddin Yassin, when unveiling the RM150 billion National People’s Well-Being and Economic Recovery Package (Pemulih), said this was part of the Direct Cash Aid worth RM10 billion, apart from the Bantuan Prihatin Rakyat which was announced earlier, to ensure the people get assistance in the coming months until the end of the year.

He said the M40 category will not be left out, with households getting aid of RM250 and single people receiving RM100, both to be paid in August.

On the Bantuan Prihatin Rakyat (BPR) worth a total of RM4.9 billion, the prime minister said the additional payment of up to RM500 announced earlier under Pemerkasa Plus will be paid in stages beginning tomorrow.

Phase three BPR aid of RM100 to RM1,400 and successful cases of appeal on BPR aid will be paid in September, he said in his address aired on main local television channels.

He also announced the Loss of Income Aid which is expected to benefit up to one million individuals with a financial implication of RM500 million, with RM500 to be given in October to workers who lost their sources of income based on data from the Employees Provident Fund (EPF) or Social Security Organisation (Perkeso) this year.

“With these three types of cash aid, needy groups will get appropriate help every month between June and December this year. I hope this cash aid will help you all to keep going in the coming months,” he added.

Muhyiddin also said the government would extend the Job Search Allowance of at least RM300 to non-contributors of Perkeso, especially fresh graduates, school leavers and informal sector workers who register with the MYFutureJobs platform.

The prime minister said he is aware that many people were badly affected by the Covid-19 pandemic and as such the government is doing its best to help them.

Although millions of Malaysians had received government cash aid since March last year and many more benefited from other forms of government assistance, help would continue to be extended to the people as long as the pandemic continues, he said.

“Some were forced to borrow rice from neighbours, some were evicted from their rented houses, had to cut their meals to once a day. Some had to borrow money from relatives and friends who are better off to buy kitchen essentials. All these for the sake of sustaining their own lives and those of their families.

“The government is doing to the best of its ability to ease the people’s burden and has never stopped giving help where possible,” he said. – Bernama 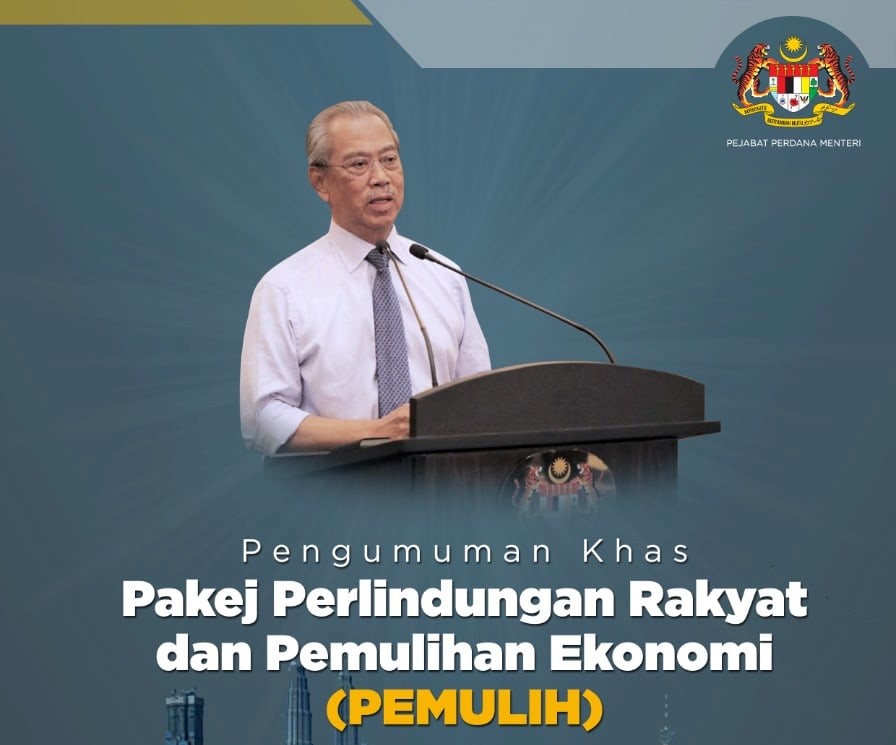 Motac to focus on business events industry during NRP