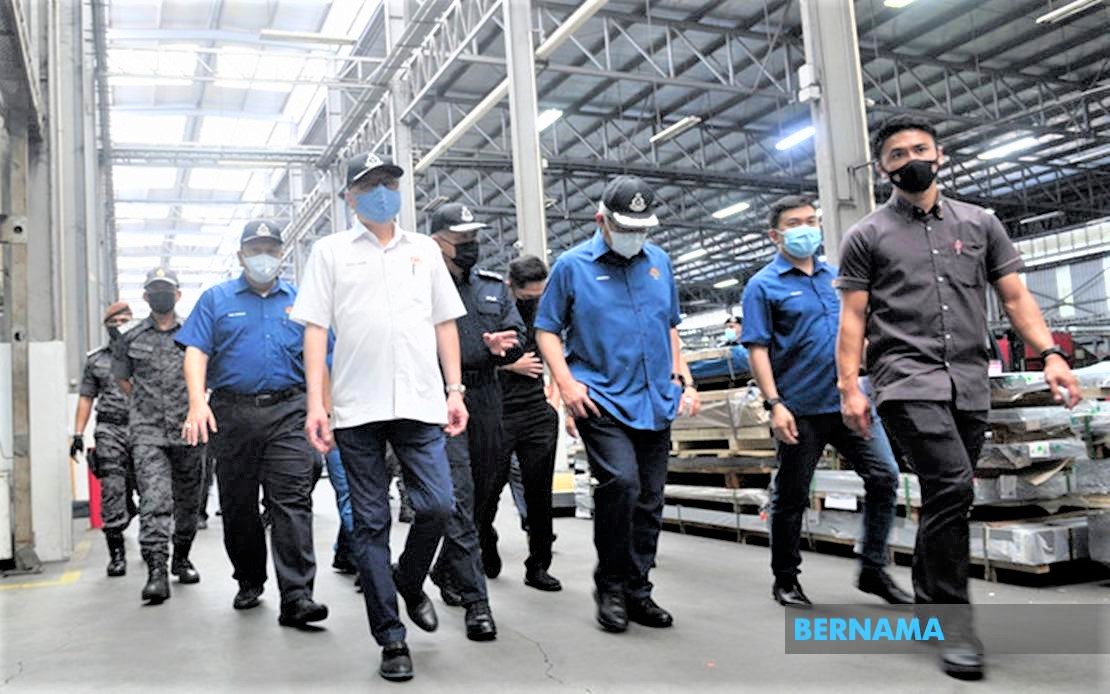 KLANG: The government will not compromise with factories which do not comply with the standard operating procedures (SOPs) set, said Deputy Prime Minister Datuk Seri Ismail Sabri Yaakob.

He said the most common violation was failing to scan the MySejahtera code while stressing that the rule must be followed because through the application the health status of the employee would be displayed.

“On the MySejahtera app, it is stated if the person is low or high risk and those at risk are not allowed to work, that’s why it is important to scan,” he said.

Ismail Sabri said various excuses were given by the factory management to the authorities, including not knowing that their employees had not scanned the MySejahtera code even though the authorities had given clear instructions.

He said several factories are still breaching the SOPs, citing last Wednesday when 180 factories were closed while several others were compounded.

Ismail Sabri said since June 25 until yesterday, 994 business premises have been closed, 3,610 issued with compounds and 112 detained by the authorities through Ops Patuh.

“For example, a check on a food manufacturing factory here found, 85 workers did not scan the MySejahtera and on top of that, there was no physical distancing and hand sanitisers were not provided.

“Although such offences will not result in a plant closure, the factory management can be compounded and the police will determine the amount,” he said.

Meanwhile, Ismail said the government’s decision to end the enhanced movement control order (EMCO) at 34 mukims in Selangor yesterday was made after a close scrutiny of a presentation by the Health Ministry.

“I was informed by the MOH that mass screenings were conducted for the past 14 days and we were advised to end the EMCO. So, we acted on MOH advice,” he said, adding that targeted EMCO would continue.

Ismail Sabri added that he would discuss with Entrepreneur and Cooperative Development Minister Datuk Seri Wan Junaidi Tuanku Jaafar on ways to help small and medium enterprises who are facing difficulties during the Covid-19 pandemic. – Bernama