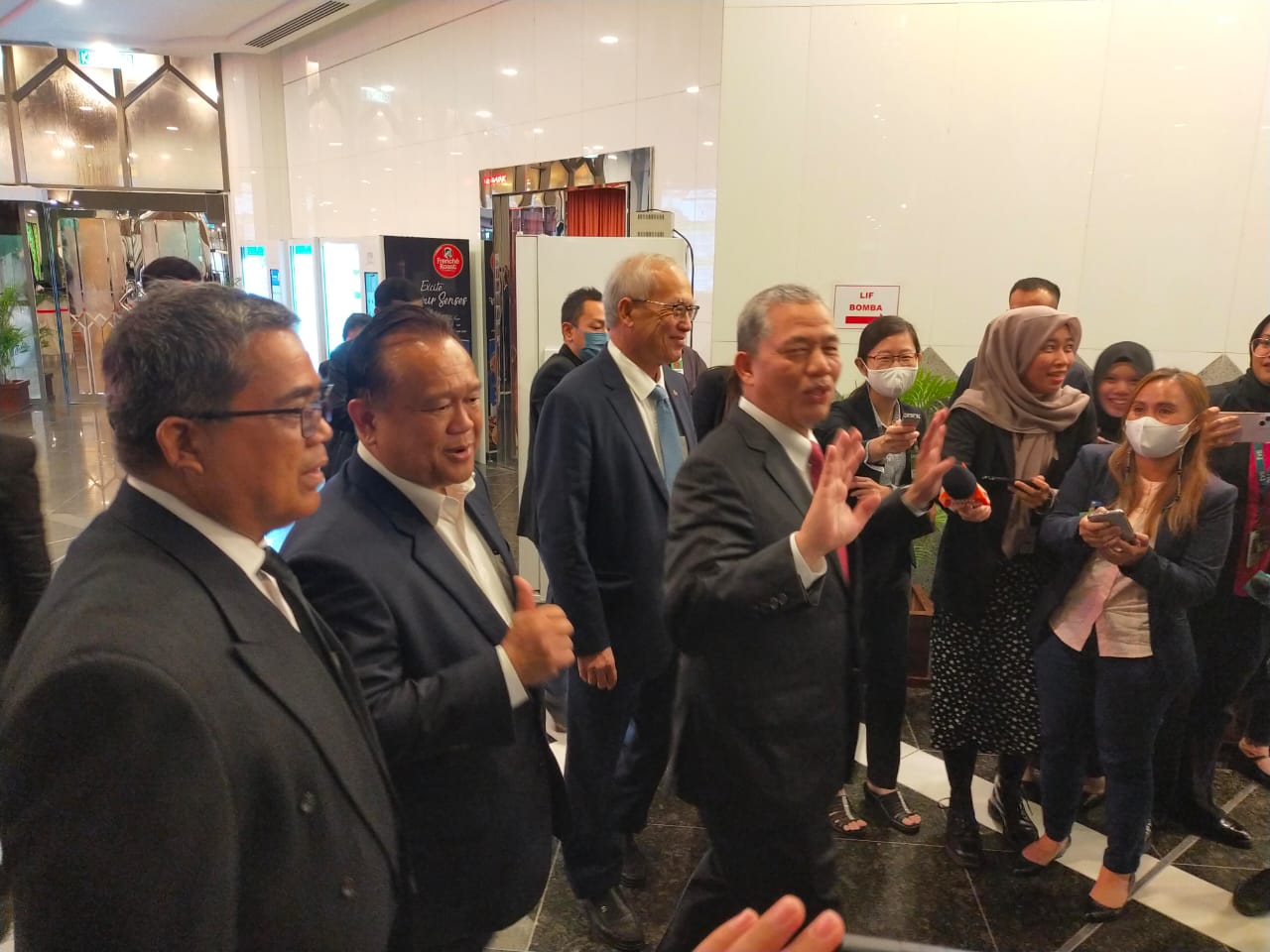 Asked by reporters what transpired, Fadillah gave a brief response on the current political situation in Putrajaya.

“No comment as of this moment. We are here to meet and report to Premier Datuk Patinggi Tan Sri Abang Johari Tun Openg on our meeting with the Yang di-Pertuan Agong, Al-Sultan Abdullah Riayatuddin Al-Mustafa Billah Shah,” he said.

Earlier this morning, four of them had an audience with the King at Istana Negara on matters believed to be related to the current political situation.

Previously, the Sarawak coalition had voiced its intention to form the government with Perikatan Nasional (PN), BN and Gabungan Rakyat Sabah (GRS).

However, yesterday (Nov 22), it said it would let the King decide what was best for the people.