The 159-page book features stories from Kuba’an-Puak, home to Indigenous Peoples, focusing on the Penan and their close relationship with nature and contribution in Sustainable Forest Management (SFM).

The book was jointly published by the Forest Department Sarawak (FDS) and (World Wide Fund for Nature) WWF-Malaysia with the support of the German Federal Ministry of Food and Agriculture.

The Acting Director of Forests, Hamden Mohammad unveiled the book on the sidelines of the 18th Malaysian Forestry Conference at Imperial Hotel here.

Also present at the launch were WWF-Malaysia’s Board of Trustees, Robert Basiuk, and Conservation Director, Dr Henry Chan.

Speaking at the book launch, Hamden said that these stories convey Penan’s special relationship with the forests, mountains, rivers, plants and animals. They also document their traditional knowledge, wisdom and oral history; concerns and hopes; and their journey in sustainable forest management alongside other stakeholders towards a green corridor in the Heart of Borneo.

The coffee table book contains images from the field and excerpts from the communities themselves.

Hamden said that FDS along with WWF-Malaysia, Sarawak Forestry Corporation and Community  Information and Communications Centre, to name a few, took on Kuba’an-Puak Forestry Management Unit (FMU) as a pilot project to explore and develop a SFM model in the State.

He added that the work first began in Kuba’an-Puak in 2011 when Sarawak identified a forest management unit located between Kuba’an River and Puak River, hereafter called Kuba’an-Puak FMU, to field test against the High Conservation Values Forest (HCVF) Toolkit that have been developed for Malaysian conditions.

The Kuba’an-Puak FMU became the first model for HCV field testing and the local communities, notably the Penan, were actively engaged and involved on the assessment.

“The department would like to take this opportunity to thank the German Federal Ministry for Food and Agriculture for funding this project that promotes the concept of SFM. This project is based on research, capacity building and empowerment on SFM to stakeholders including the community,” he said.

Hamden hoped that through the coffee table book, people could see the importance of forests and come up with ways to managing them sustainably.

“The forests in Kuba’an-Puak are not only the Penans and people of Sarawak, but what we do will benefit and create positive influence for the international communities,” he added.

According to Dr Henry Chan, the intention of the project was to incorporate how the communities think about the forest and how they use the resources as well as the histories, and the materials and information would then be incorporated into forest management.

“It is not only stories and photos of people who work there but it also contains the stories of the local communities. So you have quotations of the lamentations, the frustrations, the hopes, the future and these are all translated into English.

“It is a very rich material, and it talks about forest management, wildlife corridors, about conservations, but at the core of that is about the community. So this coffee table book is a very important contribution to the world of forest management because it eventually will pave the way forward in which communities, private sectors, local companies, government authorities and civil society can work together,” he said.

The Kuba’an-Puak project area spans about 360,000 hectares, covering multiple FMUs between Mulu National Park and Pulong Tau National Park. This project is part of the Heart of Borneo Corridor Initiative.

The book is sold at RM150 per copy and can be obtained from WWF-Malaysia’s Kuching Office at 7th floor of Bangunan Binamas, Padungan Road and its headquarters at 1, Jalan PJS 5/28A, Petaling Jaya Commercial Centre (PJCC), Petaling Jaya, during office hours from Monday to Friday. The book will be available for purchase from mid-August. 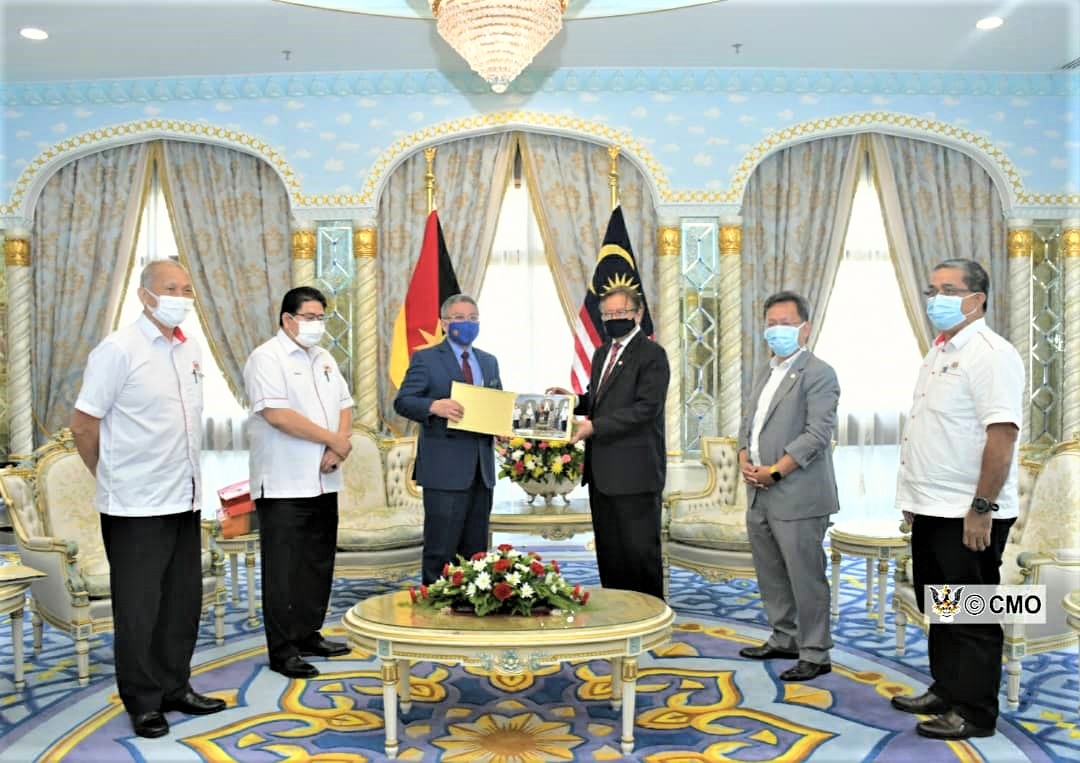