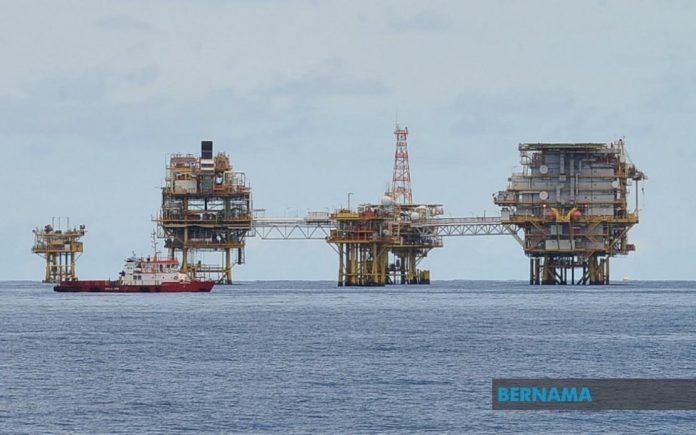 KUCHING: Sarawak has the Oil Mining (OMO) Ordinance 1958, which is based on state laws and judicial decisions, in dealing with oil and gas matters and the sale taxes on petroleum products, said Chief Minister Datuk Patinggi Abang Johari Tun Openg.

He said what was being discussed between the state government and Petroliam Nasional Berhad (Petronas) was just that, a discussion rather than an agreement.

“It is not an agreement, it is just an understanding. The Petroleum Development Act 1974 (PDA) is for the whole nation, we have OMO, based on our state law and the rulings of the court.

“Sarawak is based on OMO, there will be a new arrangement that is being negotiated That negotiation, whatever its outcome, has to go through the State Legislative Assembly (DUN),” he said when asked to comment on the matter.

He said this to reporters after the handover of the 2020 Raya-Gawai contributions to Covid-19 frontline personnel at Wisma Bapa Malaysia here today.

In another development, Abang Johari said the state government thanked the frontline personnel for facing the challenge of fighting Covid-19.

“It (Covid-19) is an invisible enemy, so the government is urging the people to remain vigilant, although the positive case statistics in Sarawak show a reduction following various safety and health measures.

“We also pray that medical experts can find the Covid-19 vaccine. Many countries are working to produce the vaccine and it takes time for clinical trials to succeed,” he said.

A total of 10,500 boxes of donations in the form of cookies and cakes would be distributed to officers from 23 frontline agencies including the Welfare Services Department, Royal Malaysian Police, Civil Defence Force, Immigration Department of Malaysia and the Royal Malaysian Customs Department. – Bernama

AmBank, Lazada to offer local MSEMs up to RM2 mln for business financing

Ringgit to trade in tight range against US dollar