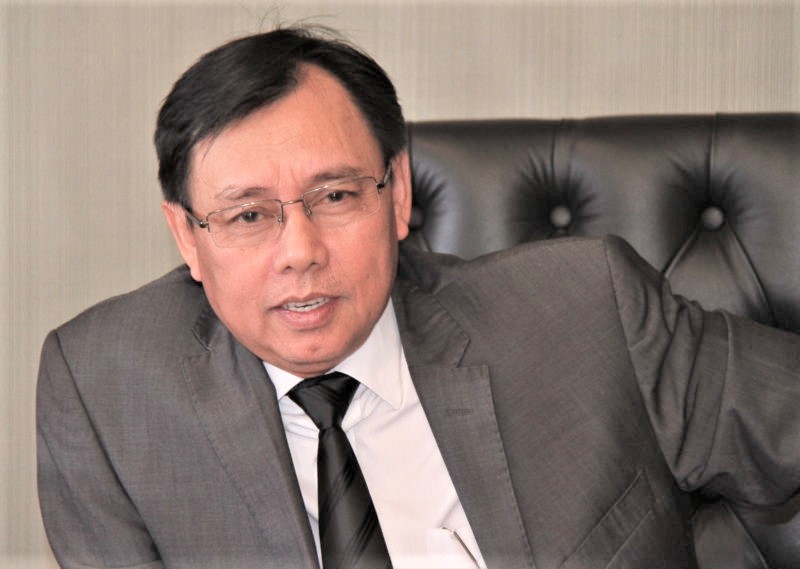 “In Sarawak, nipah palm covers an area of about 111,351 hectares, as a natural component of mangrove forests and covers extensive areas along the coast, estuaries, and riparian zones of rivers. Like sago, nipah palm is a perennial crop.

“Nipah palm can be tapped four years after planting, and keeps yielding for more than 50 years, regenerating from underground stems and rootstock and does not require replanting activities,” he said when tabling the Sago and Nipah Development Board Bill, 2022 during the State Legislative Assembly (DUN) Sitting here today.

He added that the local farmers have been using nipah palm from the natural nipah forests to produce gula apong.

Gula apong is considered as a healthy organic substitute for synthetic sugar which is ideal for diabetics, overweight people, and the health-consciousness.

It is also used as a sweetener and ingredient in foods and confectionery products like pastries and local delicacies.

“In this regard, the government is promoting to increase the production, consumption, and marketing of gula apong both for local and overseas markets as initiatives to create economic activities for local farmers,” he said.

He also said that recent studies by Center for International Forestry Research (CIFOR) have shown that nipah palm has a significant potential for the production of biofuel in the form of bio-enthanol.

“Nipah palm has the potential to produce twice the amount of ethanol per hectare as compared to sugar cane and four times that of corn.

“In this context, one of the roles and functions of the Sago and Nipah Development Board is to explore the potential of nipah palm for ecosystem restoration and climate change mitigation,” he said.

Rundi also said that over the past few decades, the relative importance of sago as the state key agriculture revenue earner had been gradually replaced by other commodities namely oil palm, pepper, and rubber.

“This is due to lack of control and regulations within the sago industry where the industry players are operating in unorganized and fragmented segments which most often are not in alignment with the government’s strategic objectives.

“As the industry is currently inundated with shortage of sago logs as raw materials, low sago productivity, limited usage of sago starch, low value-chains in sago production, and pollution created through the milling activities,” he said.

To address these persistent and other emerging issues concerning the industry, he said it is pertinent that a regulatory body for sago be formed that oversees the overall planning and development of the sago industry in Sarawak.

Elderly missing after out to find pucuk paku, SAR operation launched
Previous Post
Development of upstream and downstream sectors of Sago, Nipah must be prime focus of proposed board