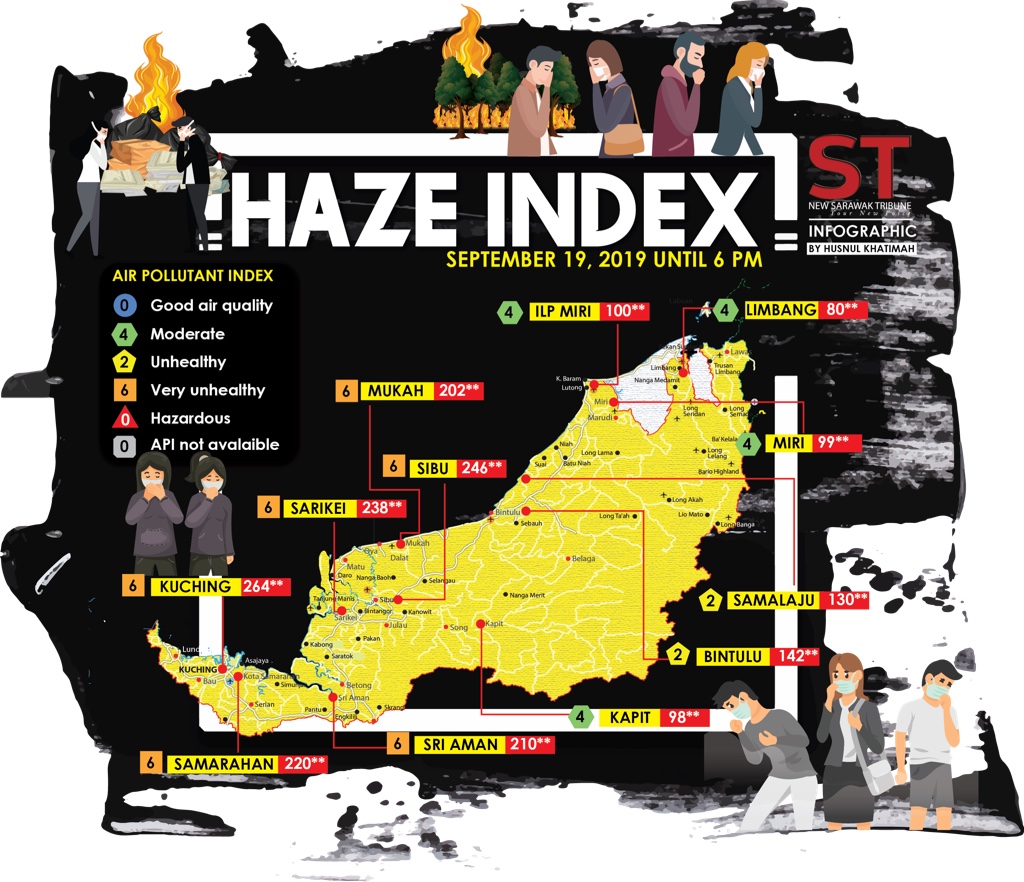 KUCHING: The number of schools ordered closed due to the worsening haze situation almost tripled to 890 yesterday from 336 on Wednesday.

As of 8am yesterday, the state education department reported the closure affecting 17 district education offices (PPD) in the state.

From the 890 schools, 125 of them are secondary schools while the remaining 765 are primary schools involving a total of 254,499 students.

A large number of the students are from Kuching district with 88 schools being closed — 63 primary schools and 25 secondary schools, affecting 62,077 students.

The highest number of schools closed are in Sibu district with 108 schools comprising 21 secondary schools and 87 primary schools.

As of 1pm yesterday, six districts in the state suffered from poor air quality with the Air Pollutant Index (API) readings in the ‘very unhealthy’ level.

All quiet between Lundu and Kuching

Local players can thrive in e-commerce

All quiet between Lundu and Kuching