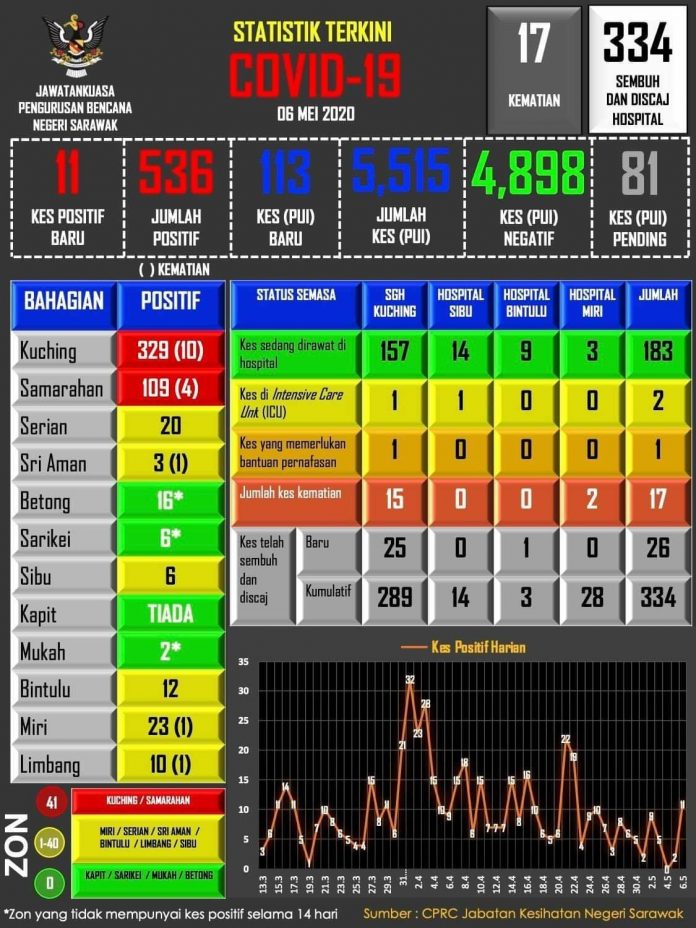 This brought the total number of cases in the state to 536 since the first positive case was reported on March 13.

Deputy Chief Minister Datuk Amar Douglas Uggah Embas said that seven of the new cases were from Kuching, and two each from Samarahan and Tebedu.

“Meanwhile, 26 cases have recovered and been discharged from hospitals. Of these, 25 are from Sarawak General Hospital (SGH) and one from Bintulu Hospital,” he said.

Overall, he said 334 Covid-19 cases in the state (62.31 percent) had recovered and returned to their respective homes.

Uggah, who is also SDMC chairman, said that as of yesterday, 183 cases were being treated at hospitals, with two in intensive care unit (ICU) and one requiring intubation (breathing assistance).

On Sarawakians returning from overseas, Malaya, Sabah, and Labuan, he said that another 63 new persons-under-surveillance (PUS) had checked into hotels, while eight had completed their quarantine period and were allowed to return to their respective homes.