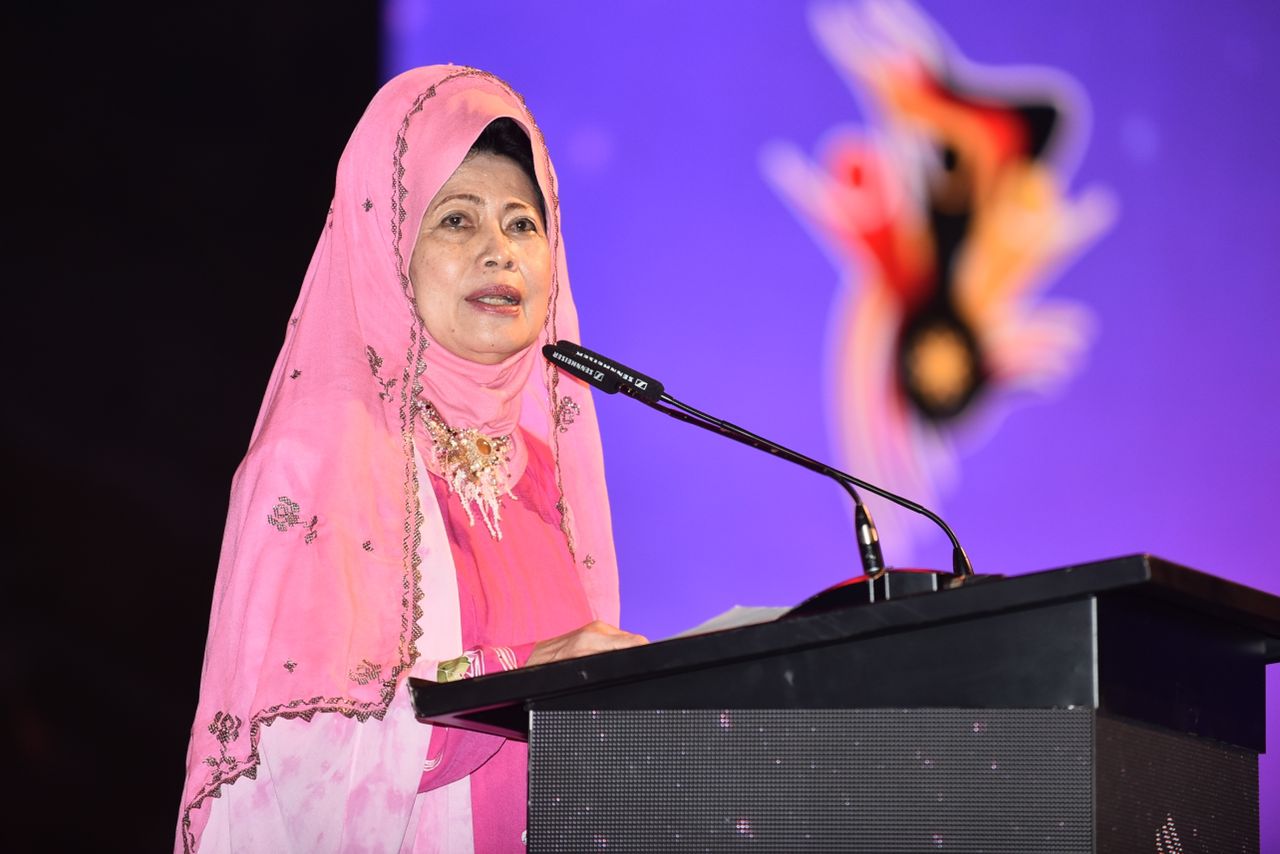 SIBU: The rapid pace of development that is occurring throughout the state has contributed greatly to Sarawak’s prosperity.

This, she said was thanks to far sighted state leaders from early on, stemming from the era of first Chief Minister Tan Sri Datuk Amar Stephen Kalong Ningkan until now, under the tutelage of Premier Datuk Patinggi Tan Sri Abang Johari Tun Openg.

“The development of infrastructure was a boon to communication and connections (throughout the state), improving the quality of life of the people in rural areas.

“This was also balanced with developing human resources through the establishment of international institutions of higher learning and secondary schools,” she said in her speech at the Sarawak Day celebration tonight.

At the same time, Fatimah also lauded the rapid development that occurred during the stewardship then chief minister Tun Pehin Sri Abdul Taib Mahmud from 1981 to 2014.

“The establishment of the modern and sophisticated Sarawak University of Technology (UTS) in Sibu is a manifestation of the higher education agenda that is considered important in the central region,” she said.

Fatimah also added that the Sibu Airport which underwent an upgrade project costing RM130 million was also one of the contributions of the current Head of State.

Meanwhile, the Dalat assemblywoman said Abang Johari has injected numerous valuable new ideas to speed up the pace of development in Sarawak.

“For example, in Sibu, the redevelopment of Bukit Assek in Sibu will be implemented even if it takes a long time to realise.

“We are informed that the development of Bishan Ang Mo Kio Park in Singapore will be adopted as a model for the redevelopment of Bukit Assek that focuses on the concept of urban landscape development and water management,” she said.

Fatimah said, once completed, it will change the pattern of development in Sibu, in addition to becoming a new landmark.

“In this regard as well, we are very grateful to the Premier for introducing the Post COVID-19 Development Strategy (PCDS) 2030 as a blueprint for Sarawak to prosper by 2030”.