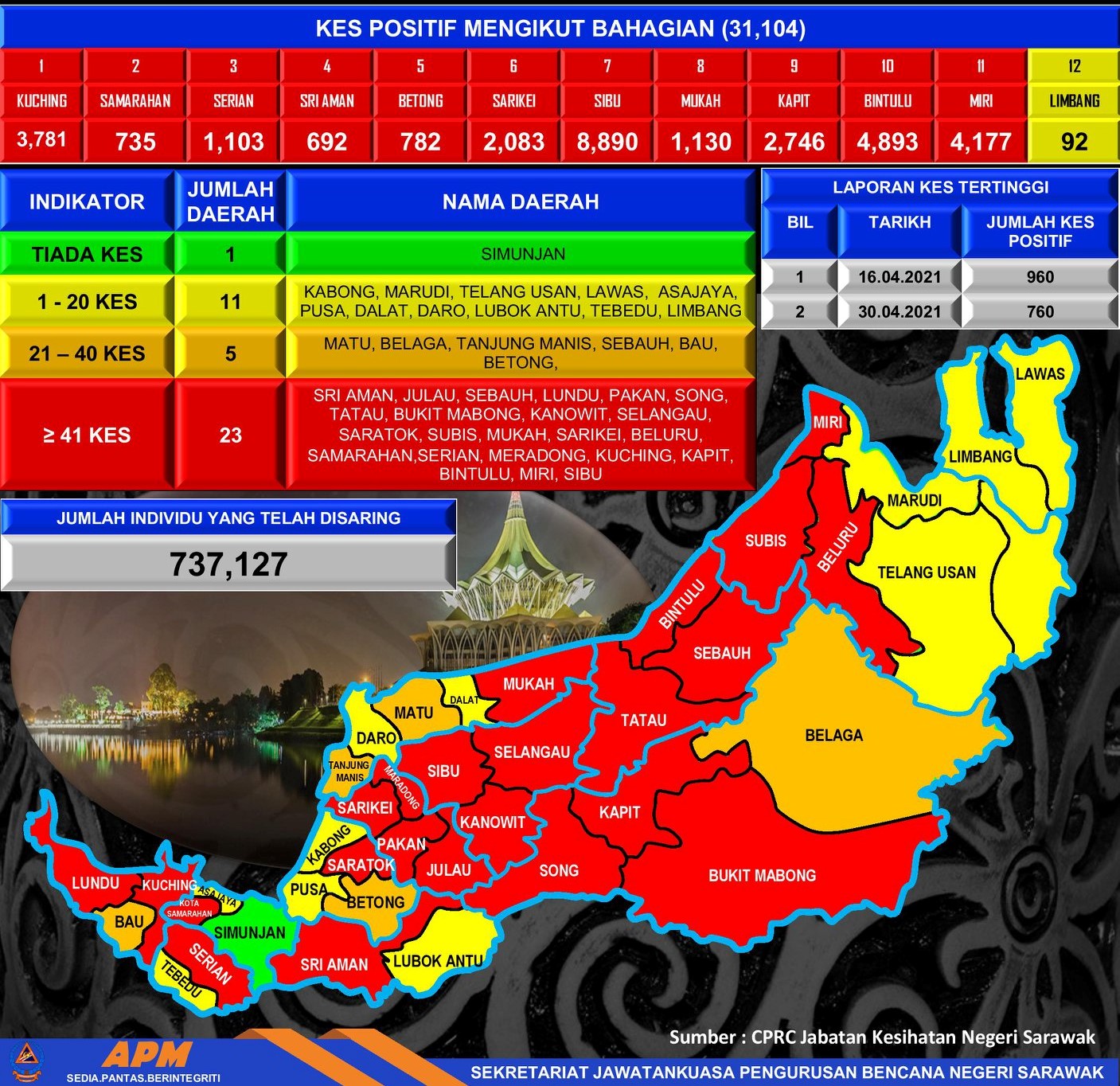 The State Disaster Management Committee (SDMC) said that these brought the total number of cases in the state to 31,104 with a death toll of 180.

It said that 60 percent of the 445 cases were detected in the districts of Sibu, Beluru, Miri, Mukah and Selangau.

SDMC said that 352 out of 445 cases had been instructed to undergo quarantine at designated places.

445 new persons under investigation (PUI) cases had been reported,” it said.