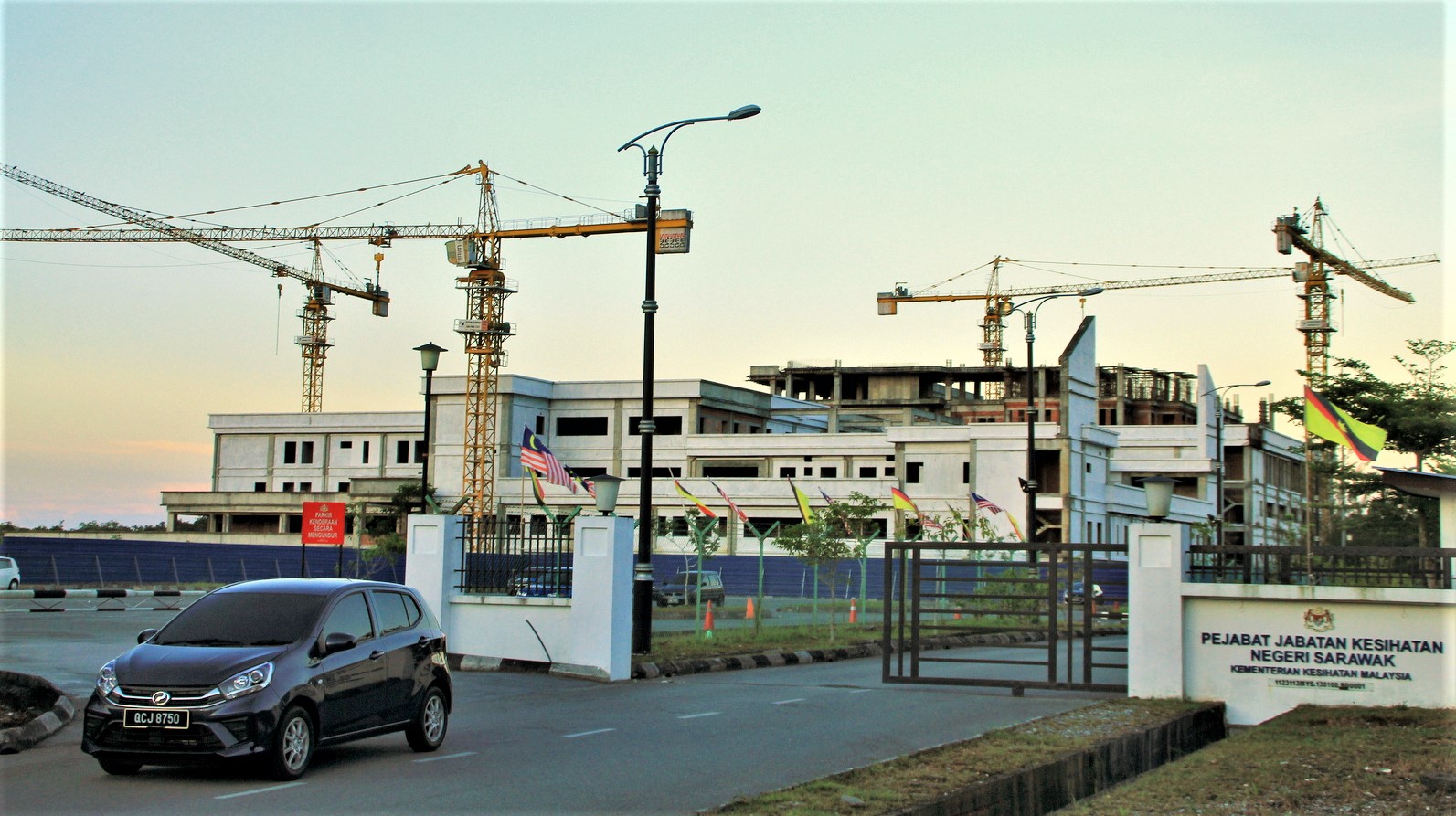 KUCHING: The Petra Jaya Hospital project is currently in the tender evaluation stage, and the letter of acceptance (SST) is scheduled next January.

Deputy Health Minister II Datuk Aaron Ago Dagang said the project, which started in 2013, was re-tendered after the initial contractor was terminated due to slow progress.

“The project to complete the construction work on the Petra Jaya Hospital was implemented through an open tender by JKR. Tender briefing and site visit took place on Feb 12, 2019 with the tender closed on April 24, 2019.

“However, as there were no qualified tenderers, the Ministry of Finance (MOF) in a letter on Aug 26, 2019 decided that this project’s be reopened (pre-qualification) to companies registered with the Construction Industry Development Board (CIDB) with B29 (Health Building Works) field code and have a Completion Contractor Certificate for the implementation of the previously abandoned project.”

He also mentioned that the project had undergone the procurement phase for tenderers who passed the pre-qualification stage and the closing date was last Aug 7.

“The project tender is currently being evaluated and the SST is scheduled for January 2021.”

He was responding at the Dewan Rakyat sitting today (Aug 24) to Bandar Kuching MP Dr Kelvin Yii who asked about the status of the project.

The project was approved by the Economic Planning Unit of the Prime Minister’s Department for implementation under the 10th Malaysia Plan in 2011.

The project was implemented by JKR with the construction phase beginning May 30, 2013 and scheduled for completion on June 30, 2018.

However, following the unsatisfactory performance of the previous contractor, JKR issued a Notice of Termination of Contractor Recruitment to Zecon Berhad on Aug 2, 2018.

To this, Aaron pointed out that the Sarawak Federal Central Tender Board (FCTB) last Jan 15 stipulated that the project costing RM40 million be re-tendered due to the delay of the letter of agreement for the extension of tender validity period from the successful tenderer.

“The latest tender is expected (to be issued) this December and the expected date of the SST is January next year while the construction would begin the following month (February 2021).”

The project was approved by the Economic Planning Unit of the Prime Minister’s Department for implementation under the 11th Malaysia Plan in 2016.