This is a round-up of COVID-19 related matters in Malaysia and globally from April 10 up to noon today. In Malaysia, case numbers have exceeded 367,000.

Just a few days ago, Senior Minister (Security) Datuk Seri Ismail Sabri Yaakob and Health Minister Datuk Seri Dr Adham Baba had expressed their concern over the probability of a resurgence of infections.

Daily new cases reported over the week under review (April 10 to 16) exceeded 1,500 a number of times while active cases have climbed past 15,000.

The R-naught (R0/Rt) value or infectivity rate of the coronavirus stood at 1.17 nationwide throughout the week. An R0 value of 0.5 would be needed to flatten the infection curve.

In the meantime, the nation continued to record new clusters linked to the workplace and community. Yesterday alone, nine workplace and six community clusters were announced by the Ministry of Health (MoH).

As of yesterday, Malaysia has been grappling with 346 active clusters with 73 of them contributing to new cases.

Worried about the developments on the Covid-19 front, Dr Adham said MoH has “recommended” that interstate travel to enable Muslims to celebrate Aidilfitri (scheduled to fall on May 13) be postponed.

If the recommendation is enforced, the annual “balik kampung” exodus will be cancelled for the second year running.

Health director-general Tan Sri Noor Hisham Abdullah said in a media statement yesterday that two more Covid-19 cases caused by the UK B.1.1.7 variant have been detected in the country, bringing the total number of such cases to five so far.

The two latest cases involved Malaysians who had a history of travel to Poland in March this year. Both were tested positive for Covid-19 on March 30.

On March 18, the South African B.1.351 variant was found on two employees of a company based at the Kuala Lumpur International Airport, as well as on two others, one from the Jalan Lima cluster and one from a close contact screening.

To detect the spread of the B.1.351 variant, Dr Noor Hisham said genomic sequencing was carried out on cases in the nearby geographical areas including Kuala Langat and Sepang districts.

As of April 14, a total of 17 locally transmitted cases linked to the South African B.1.351 variant have been recorded in Malaysia.

These cases have been found in the Jalan Lima Cluster (three), Kebun Baru Cluster (nine), Teknologi Emas (one) and screening of close contacts (four).

Dr Noor Hisham warned that the UK B.1.1.7 and South African B.1.351 variants can spread faster and that scientific research is still being carried out to study the symptoms and effects of their infections.

CLUSTERS ON THE INCREASE

As of Thursday, Malaysia has recorded a total of 1,500 clusters, out of which 1,154 have ended. Active clusters stood at 346 with 73 of them reporting new cases.

On Thursday, 15 new clusters were announced, nine of them related to the workplace and six to the community.

Four of the workplace clusters were in Kelantan, two in Selangor, two in Sabah and one in Kuala Lumpur.

The six community clusters, meanwhile, comprise two in Sabah and one each in Kelantan, Johor, Terengganu and Kedah.

As for the National Covid-19 Immunisation Programme, the following number of people has been administered the first and second (within brackets) doses of the vaccine in the various states as of April 14:

Meanwhile, Dr Noor Hisham wrote on his personal Facebook account yesterday that the R0 value remained at 1.17 nationwide as of yesterday. Terengganu registered the highest R0 value at 1.49, followed by Kelantan 1.35 and Putrajaya 1.25.

Malaysia is under emergency rule starting Jan 12 up to August this year.

In Kelantan, 90 of its new cases were from existing clusters and 70 from the five new clusters recorded on Thursday.

Currently, 212 patients are in the intensive care unit with 82 requiring respiratory aid. – Bernama

After 33 years, it’s goodbye to UPSR 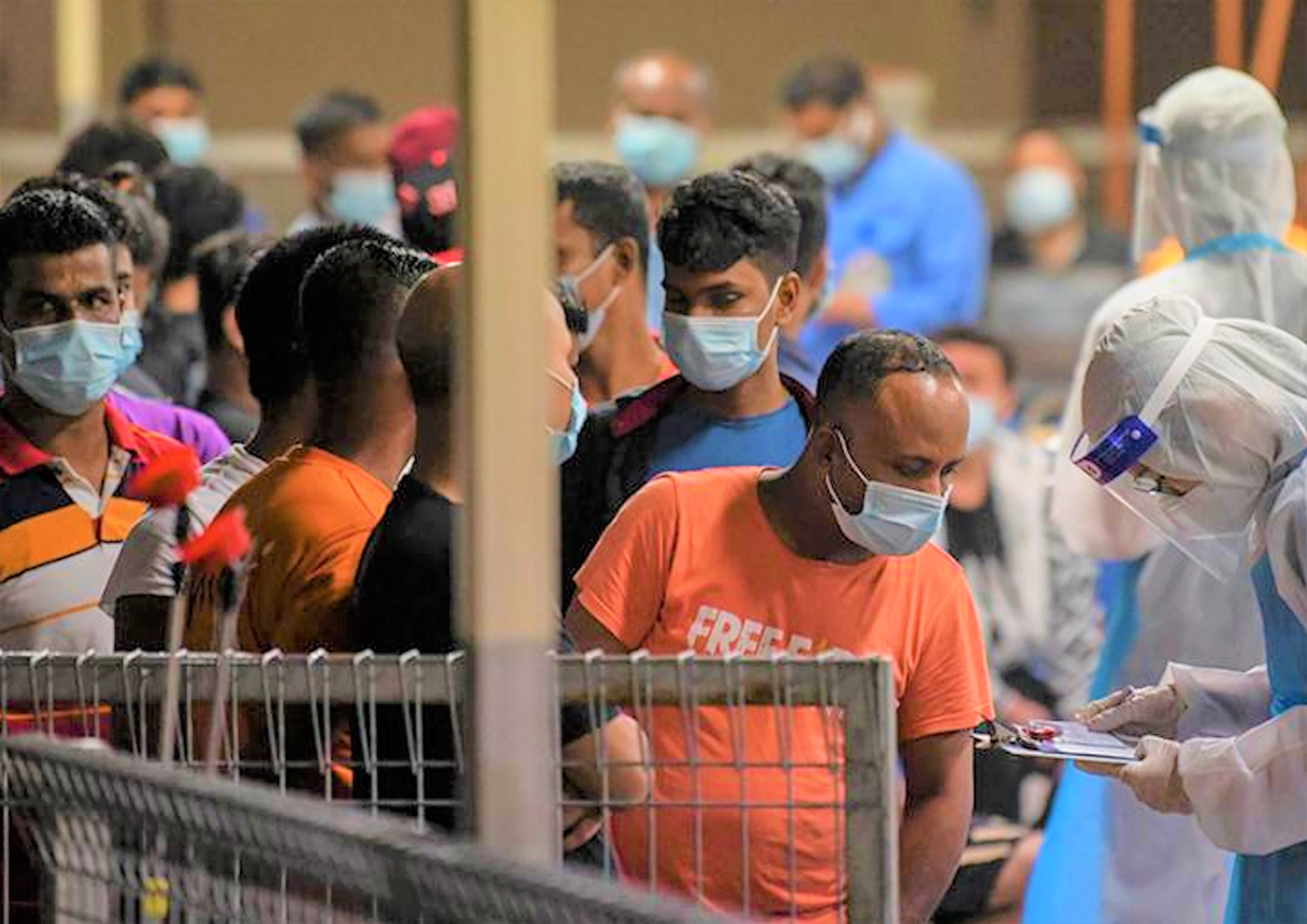