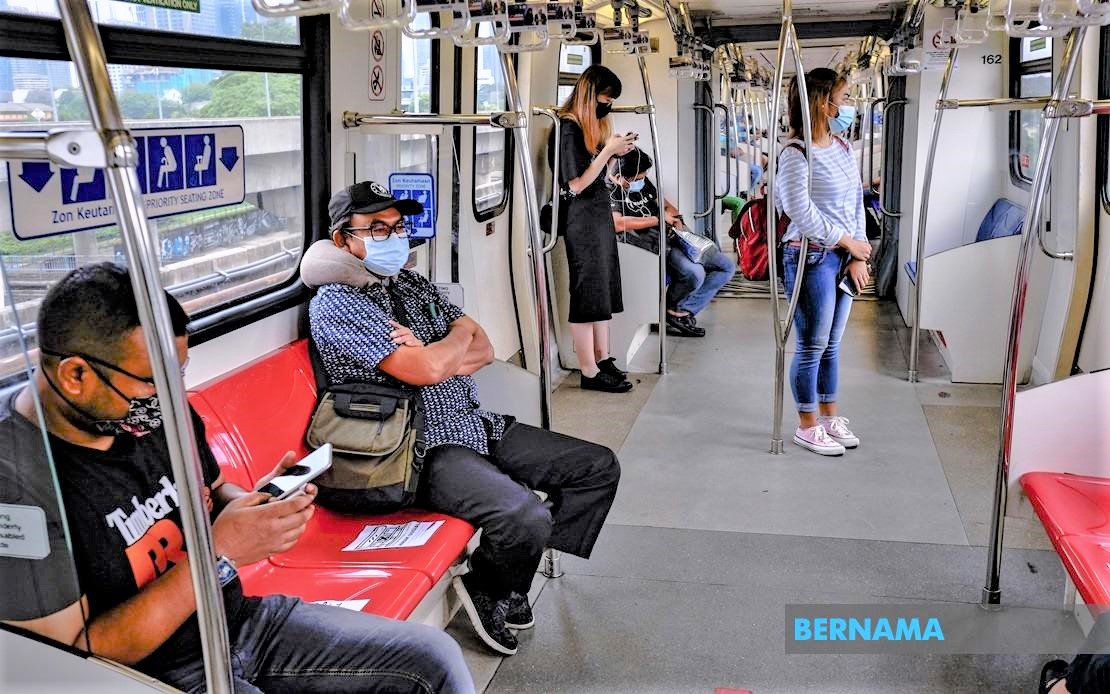 KUALA LUMPUR: Improving transport infrastructure in providing seamless people mobility is one of the priorities given in the 12th Malaysia Plan (12MP) 2021-2025 to contribute to the growth of public transport ridership.

According to the 12MP document released today by the Economic Planning Unit, two strategies will be implemented to achieve that goal which is improving the overall accessibility of public transport and encouraging the behavioural shift from private to public transport.

The document mentioned that the steps that will be taken include improving overall accessibility to public transport by integrating various modes of transport and encouraging transit-oriented development (TOD).

“These initiatives will ensure effective intermodal connectivity as well as enhance the efficiency of mobility and connectivity. It will contribute to reducing the dependency on private vehicles, improving productivity and enhancing the wellbeing of the rakyat,” it said.

Other than that, rail and road networks will also be integrated to provide better connectivity between airports, ports, industrial areas and cities, at the same time the ECRL will be connected to the current rail.

The move will provide connectivity to existing airports and complement the road networks in the east coast region, while also increase land public transport ridership, air passenger and cargo movement.

According to the document, an alternative community based public transport system that offers affordable services will be introduced with one of the options is to introduce a ‘dial-a-ride system’, whereby a phone call-based facility, providing door-to-door service for people who do not have access to conventional public transport amenities.

“Collaboration between relevant authorities will be enhanced in ensuring effective enforcement of private vehicles entering city centres. Suitable transport modes will be identified to match the travel patterns of the rakyat in encouraging behavioural shift,” the document said.

Furthermore, the Low Carbon Mobility Blueprint will be implemented to minimise unsustainable movement patterns, within the aviation sector, it will include developing cleaner fuel standards, which comply with the Carbon Offsetting and Reduction Scheme for International Aviation (CORSIA) by the International Civil Aviation Organization (ICAO).

“In the land transport sector, the use of low carbon alternatives such as energy-efficient vehicles, hybrid and electric vehicles will be promoted. The implementation of the blueprint, through the various actions plans, will be monitored closely to ensure the success of the low carbon mobility objectives,” according to the document.

It also mentioned that the use of green vehicles, particularly for public transport as well as logistics and delivery services will be expanded, while the shift of freight transport mode from road to rail will be further encouraged.

It said greening the mobility of people and goods will be the main consideration in urban and rural planning, with a low-carbon mobility blueprint will be introduced to guide the planning, implementation, monitoring and evaluation of green mobility initiatives.

Under the 11MP, the emphasis was on building an integrated needs-based transport system by enhancing connectivity across transport modes and regions, as well as improving efficiency.

Two out of five targets were achieved, namely the establishment of the Malaysian Aviation Commission (MAVCOM) in 2016 and the launching of the National Transport Policy (NTP) in 2019. – Bernama

KUCHING: Muslims in the state have been called upon to remain united to ensure progress of the ummah (community). Premier Datuk Patinggi Tan Sri Abang...

SIBU: The Member of Parliament for Igan, Ahmad Johnie...

LIMBANG: Kedayans, especially the younger generation, have been urged...