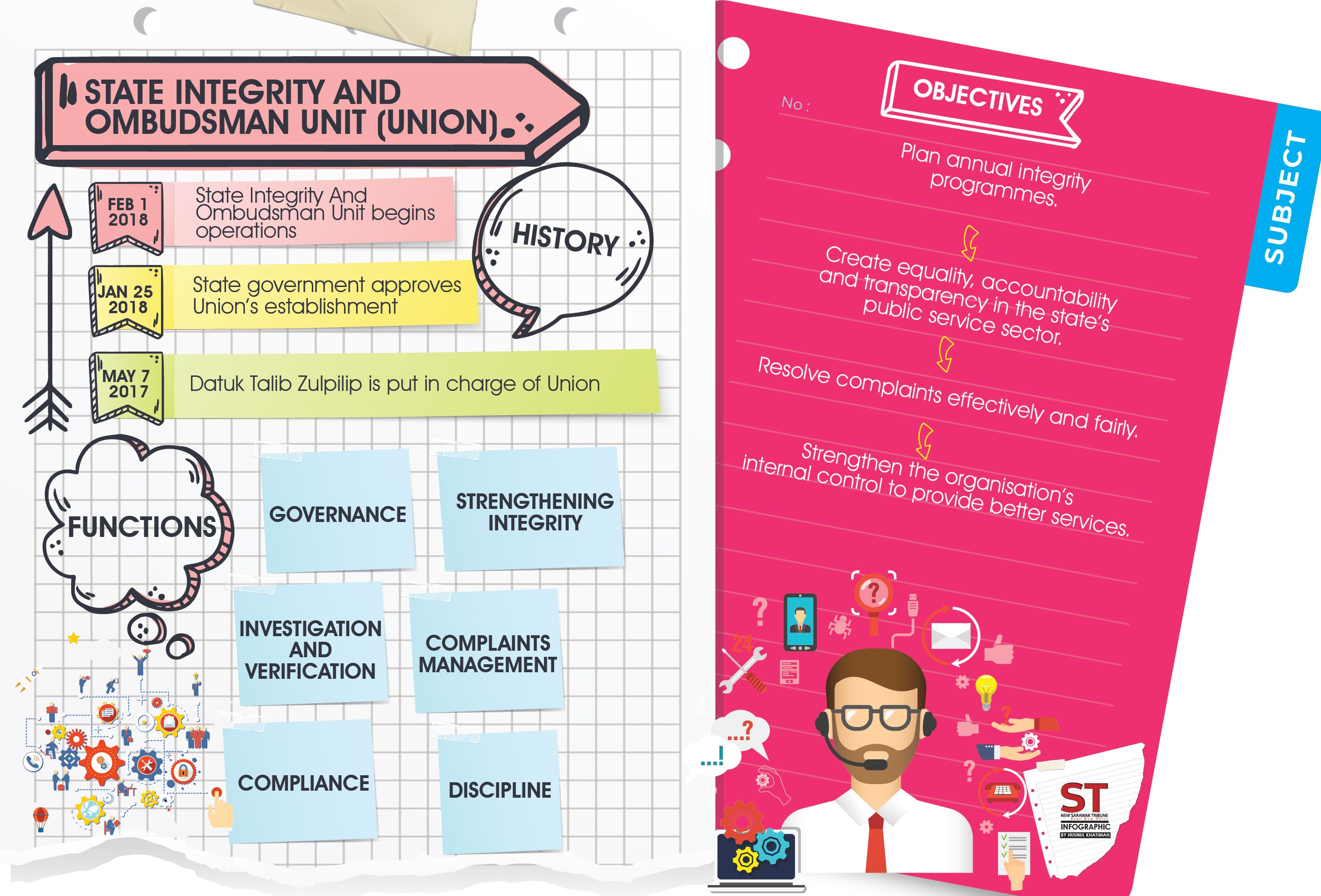 KUCHING: Certified Integrity Officers (CeIO) in the state have been urged to continue to act as frontliners in inculcating the value of integrity and tackling corruption.

Minister in the Chief Minister’s Department (Integrity and Ombudsman) Datuk Talib Zulpilip said CeIO attached at the respective agencies must ensure the duties and responsibilities carried out by the agencies are done with integrity.

“When a task is not carried out properly, then the level of administration is not strong. Only with a strong administration, performance improves,” he said when officiating at the seminar on Strengthening CeIO and Sarawak Integrity Unit at Borneo Convention Centre Kuching (BCCK) today.

He said there were several agencies that had submitted their financial accounts late, as such the job of CeIO was to make sure that these agencies comply with the law and hand in the financial account on time.

“The State Cabinet has taken a decision and ordered that the practice of late submission will not be allowed anymore, and the agencies must be sent on the schedule that has been set,” he said.

He mentioned unwanted matters such as unorganised accounts or lies could happen if the financial accounts are being submitted late.

On the issues pertaining to integrity in Sarawak, Talib said day by day it was improving among the society.

“This is because there is understanding (on upholding integrity). Secondly, inculcating the value of integrity through integrity programme involve participation of various sectors including government and grassroots leaders.

“When people realised that a wrongdoing is wrong, people are encouraged to report it,” he said.

He said another example of having integrity was when someone found a lost wallet and return it to the rightful owner, thus their act of being honest is recognised.

“It is good if such values of integrity can be practised at all times, this is important and must be nurtured and supported,” he said.