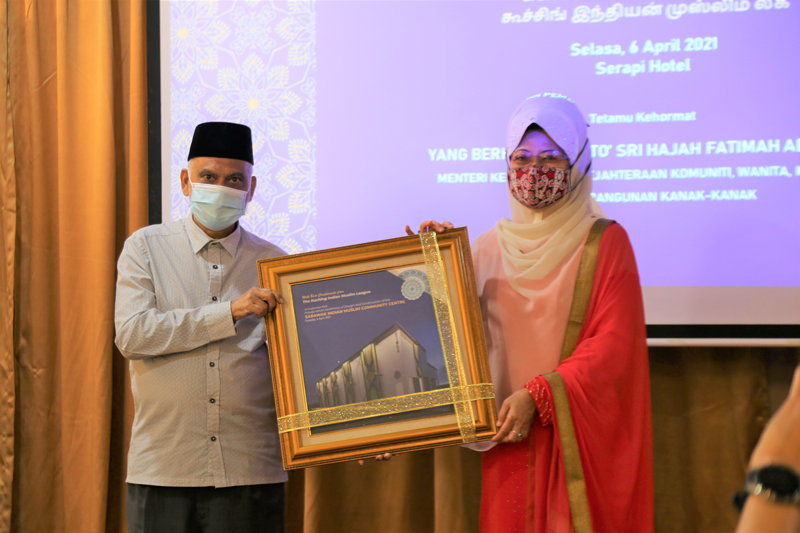 KUCHING: The Kuching Indian Muslim League plans to build a Sarawak Indian Muslim Community Centre (SIMCC) to serve as a landmark in the Golden Triangle here.

Kuching Indian Muslim League chairman Abdul Jaleel Abdul Majid said community activities could be held at the centre which could be used to disseminate information on Sarawak state government initiatives as well.

“In this regard, we would like to apply to the state government for an assistance of RM2 million to complete the construction of the centre,” he added in his speech in conjunction with the distribution of Kenyalang Gold Cards at Serapi Hotel today.

The ceremony was officiated at by the Minister of Welfare, Community Welfare, Women, Family and Child Development, Datuk Seri Fatimah Abdullah.

“The state government’s policy is inclusive regardless of race and no people in the state are left behind,” she said, adding that she would present the  letter to the chief minister at a ceremony in Balingian this Sunday.

“I am very positive that the Chief Minister will approve the application as we have seen the Indian Mosque in Kuching and the appointment of Penghulu Lucy Linggam as the Indian Penghulu,” she said.