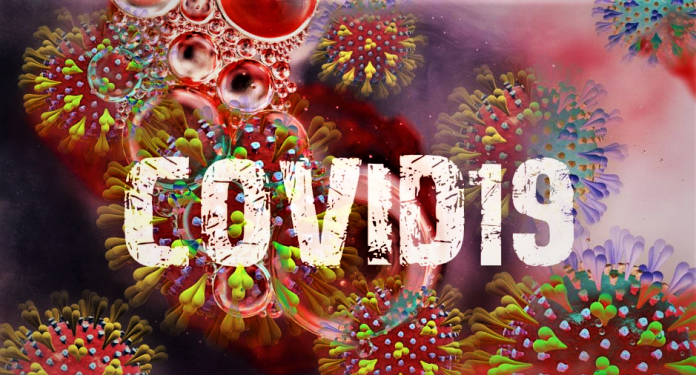 KUCHING: With the latest news of the state recording nine positive cases of Novel Coronavirus (Covid-19), Sarawak should start taking proactive precautionary measures in preventing the spread of the pandemic.

However, despite being aware of the disease, most Sarawakians are still indifferent to taking precautionary measures in preventing Covid-19.

New Sarawak Tribune yesterday went on the ground to observe and obtain information on how Sarawakians are dealing with the news.

Food vendor Nurfazirah Atiqah, 18, stated that she was aware of the positive cases in Sarawak but the situation did not stop her from going out of the house.

“I heard the news from the television and radio but it does not bother me that much. I do get worried sometimes but I still have to go out and work to earn income,” she said, adding that she does not think that wearing a mask is necessary.

Sales assistant Asfareezal Eddera, 27, remains indifferent to the situation as he leaves it to fate.

“I know about it and similar like SARS, I know Covid-19 has no cure. Even if I get infected, then so be it. It does not worry me as I will leave it to fate,” he said.

He also mentioned that he does not wear a mask due to the discomfort in wearing them.

Meanwhile, lab assistant Zamery Amerra from Bintulu, 25, said, “It is important for the general public to wear mask in order to prevent the spread of the virus.”

Ironically, he said that the virus issue did not become an obstacle for him and his family to do outdoor activities as he was seen shopping with his wife and a toddler at Plaza Merdeka shopping mall.

On the other hand, a family of five who were also seen shopping in the mall expressed their concern with the number of positive cases in Sarawak.

The father of three children Farid Ajari, 32, said that they are aware of the situation and thus, practise precautionary measures at home.

“We bought essential items like hand sanitisers and face masks as well as make sure our children wash their hands and stay hygienic.

“That is why when we go out like this, we would have everything prepared so that we can at least prevent ourselves from becoming infected with the virus,” he said.

His wife Siti Nor Cahaya, 26, said that they kept up with the latest news on the virus situation.

“We usually depend on the television and radio as we believe the two sources are much more reliable than that news spread in social media,” she said.

When asked about the school holidays, she said, “We are not going to travel anywhere but if the children get bored at home, I will bring them to visit the local shopping malls once in a while.”

Meanwhile, several small businesses in Kuching still operate as usual despite the Covid-19 scare in the state.

Watch seller Tay Teng Yu, 55, said that the outbreak has yet to have an impact on the people of Kuching and the small businesses are still going on as usual.

“But during the Raya Aidilfitri celebration, if it (Covid-19) is still a major threat, then it will most certainly have an impact because less people will come out to shop for their things (for Raya).

Tay suggested that if the situation gets worse, Sarawak may need to close down all the shops to prevent more cases from occurring.

A restaurant owner Abdul Wahab Daud said the number of customers to his restaurant has declined after the news of confirmed cases.

“Normally during the weekends, the restaurant would be full with people but now, there are not many,” the 74-year-old said adding that his restaurant operates daily from 7am until 4.30pm.

Abdul Wahab hoped that the Covid-19 epidemic will subside soon because it was affecting the country’s economy.

Meanwhile, 55-year-old Abu Khan who sells gambir applauded the precautionary measures taken in shopping malls and offices, such as hand sanitisers placed at all entry points of the building.

“So far, the Covid-19 situation does not affect the gambir business. In times like these, we hope that there will not be more of it (Covid-19 positive cases) in Kuching,” he said.

Apart from that, a tourist couple from United Kingdom who travelled to Kuching despite the pandemic, described the international attention as pretty daunting and scary.

Thirty-year-old Alex and 26-year-old Louise told reporters that they had purchased face masks on their flight here, however, they questioned the effectiveness of the masks against the global outbreak.

Louise said, “I think that people are definitely staying away from crowded places.

“At such times, people should wash their hands frequently and avoid making physical contact with others.”

On the other hand, Alex complimented the precautionary measures taken at entry points in Sarawak.

“I think the vigorous examination at the entry points is a smart move in order to identify suspected virus carriers,” he said.