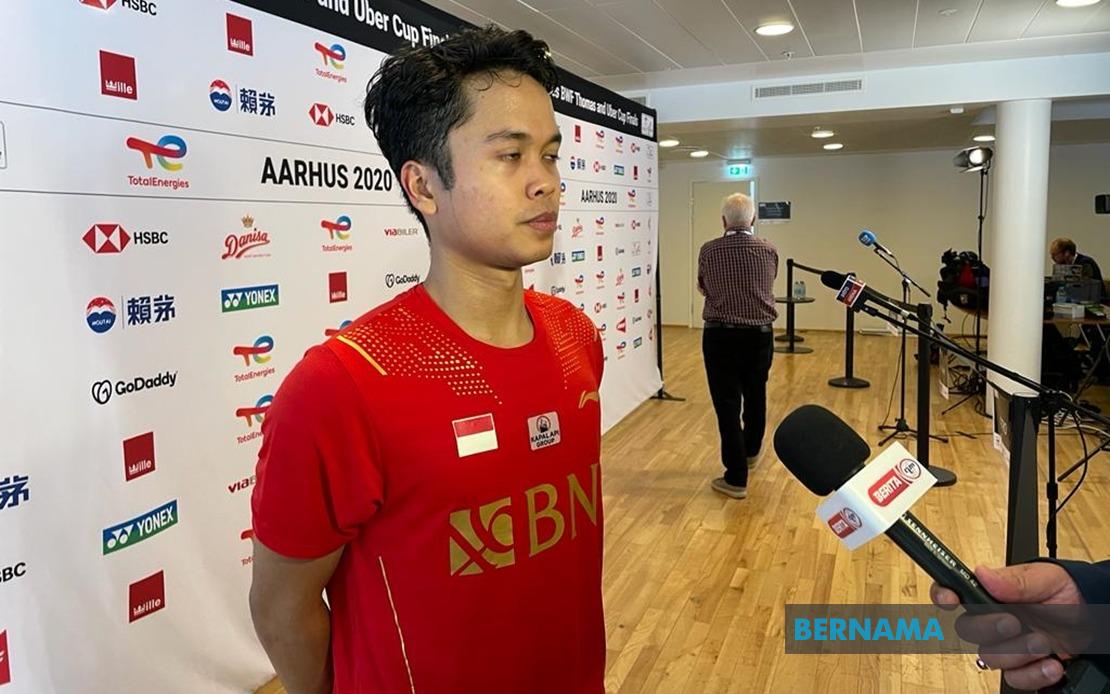 Despite being the most successful team in the tournament’s history with 13 titles, the last time Indonesia won the trophy was in the 2002 edition in Guangzhou, China, when they beat Malaysia 3-2.

World number five Anthony Sinisuka Ginting set the pace by clinching the first point for Indonesia, bouncing back from a set down to defeat world number 27, Lu Guang Zu, 18-21, 21-14, 21-16 after a hard-fought battle that took well over an hour.

“In the first set, I was a little nervous and Guang Zu was more aggressive. But I managed to get out of the pressure in the second and third sets, became calmer and managed to turn things around. I have played against him (Guang Zu) twice before, but this was the most difficult one.

“I was preparing to play both Shi Yu Qi and Guang Zu last night, because we didn’t know if Yu Qi would play today (following an injury). I really thank God for being able to get out of pressure and play well today,” he said after the match.

Following are the results of the Thomas Cup 2020 final match between Indonesia and China played at the Ceres Arena here, today:

Jombola, a sport for all walks of life

Wushu debutants rake in two gold, one silver in Hanoi

Cricketer from Sarawak called up for national duty