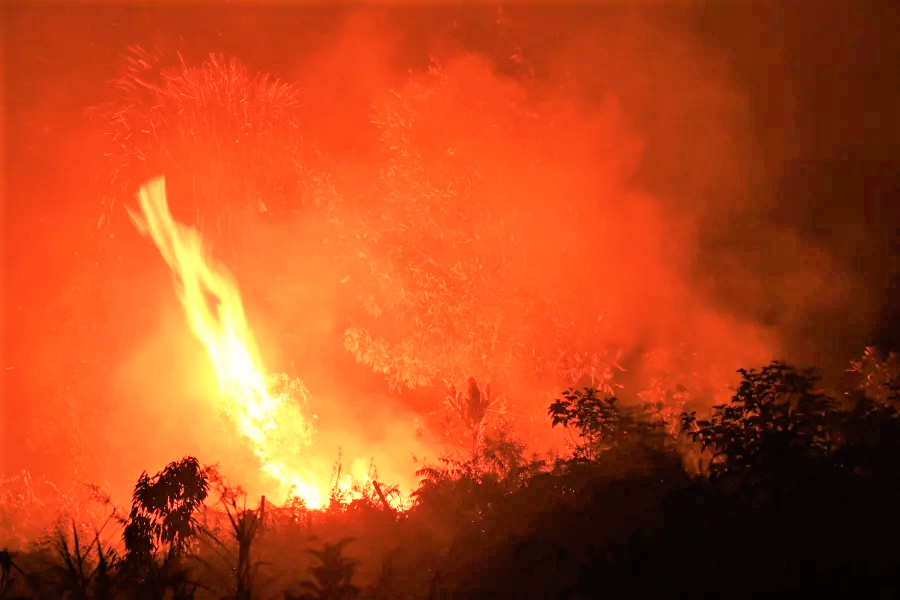 JAKARTA: Indonesian environmental activists have criticised the government for its apparent lack of seriousness in tackling forest fires, resulting in the bad haze, and affecting public safety.

According to press reports, the haze has not only affected locals, but has also crossed the borders and affected neighbouring countries.

According to Khalisah Khalid, head of WALHI, the Indonesian Forum for Environmental Resources, to date, no action has been taken against individuals or companies which were responsible for the forest fires and the 10 companies found guilty of these fires between 2012 and 2015 have also not faced any penalty.

Meanwhile, WALHI executive director in Jambi, Rudiansyah said the authorities only acted selectively on those responsible for the forest fires.

“More than 11,000 hectares of forest land in Jambi are on fire and no action has been taken against anyone,” he said.

Indonesia president Joko Widodo was quoted by the Antara news agency as expressing regret over the efforts by district authorities in handling the forest fires, causing bad haze in the Kalimantan, Riau and Jambi provinces.

“We have increased the teams (of fire-fighters). But if there is no support from the district authorities, it is a mammoth task that is difficult to resolve.

“We have everything, but (the resources are) not used properly. If the infra-structure is used properly, I am convinced that the forest fires can be tackled,” Jokowi said.

According to the Antara report, the public were angry that Riau governor, Syamsuar and Pekanbaru mayor, Firdaus, were currently overseas when the haze situation was worsening.

Beginning January, more than 42,000 hectares of forest and plantation land in several provinces in Indonesia have been on fire. – Bernama