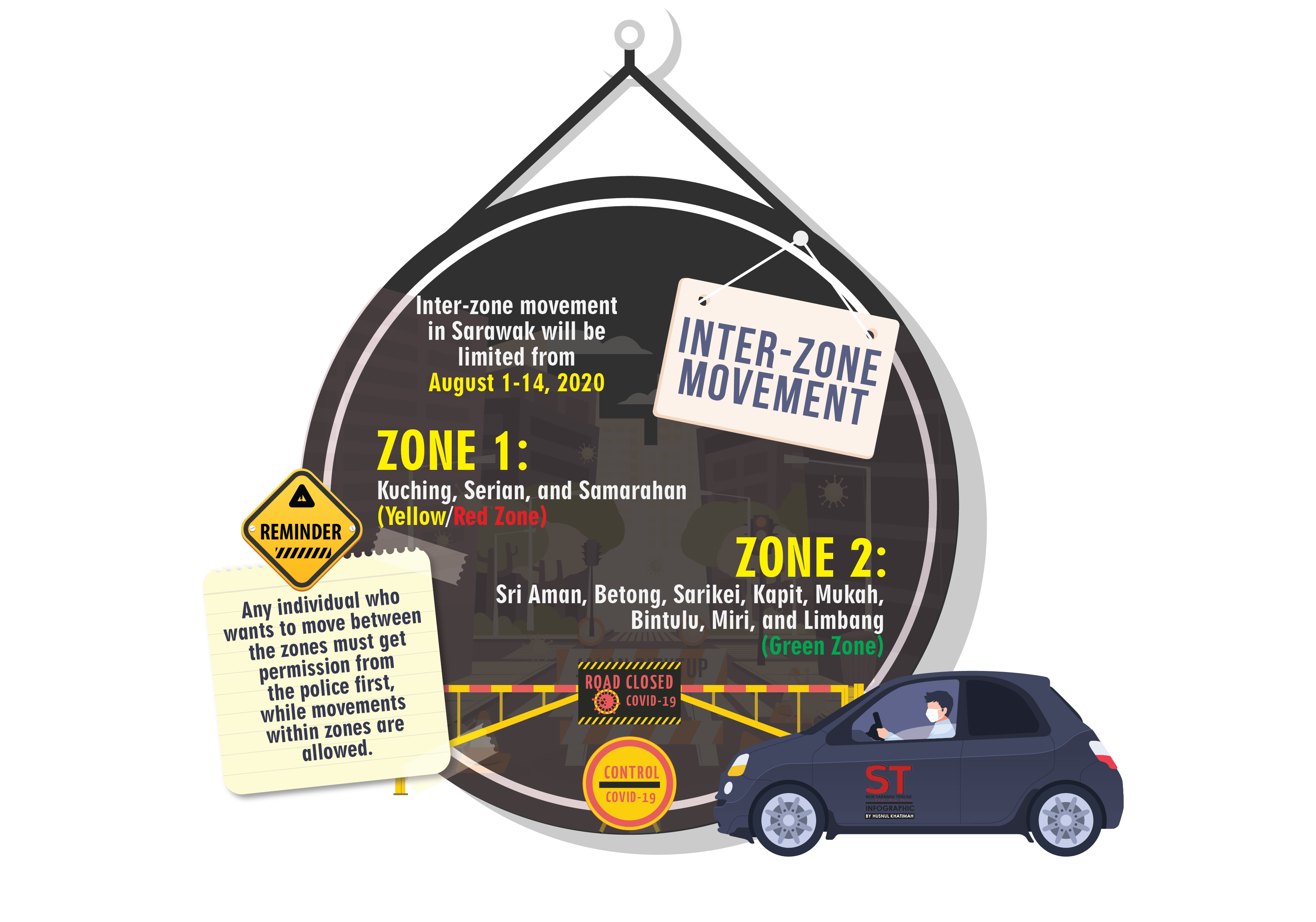 KUCHING: Inter-district travels between Covid-19 green and yellow/ red zones in the state will be restricted from August 1 to 14.

State Disaster Management Committee chairman Datuk Amar Douglas Uggah Embas said the districts in Sarawak had been classified into two zones and those who needed to travel between the zones were required to obtain a permit from the police.

“Zone 1 covers the areas of Kuching, Samarahan and Serian districts.

Uggah further explained that movements between districts in the same zone were allowed without the need to obtain a permit from the police.

For those planning to travel between districts, he said exceptions would only be made for those carrying out official duties, essential service workers, in the case of the deaths of immediate family members, if family members were seriously ill and the need for health check-ups.

Uggah also revealed that roadblocks would be set up in areas separating the two zones. At the roadblocks, permit checks would be made on commuting travellers.

“There will not be any roadblocks in urban areas and commuters are allowed to travel freely within their zones.

“We have submitted an application to Senior Defense Minister Datuk Seri Ismail Sabri Yaakob and he has brought our application to the National Security Council (MKN).

“And when we want to enforce the matter, it needs to be gazetted by the Ministry of Health Malaysia (MOH). After being gazetted, then the Royal Malaysian Police (PDRM) must carry out the task of managing the movements from Zone 1 to Zone 2,” he explained.

He also revealed that any individual who wanted to move between zones must first get permission from the police while movements within the zone were allowed.

Tokyo Olympics 2020 should be held ‘at any cost’