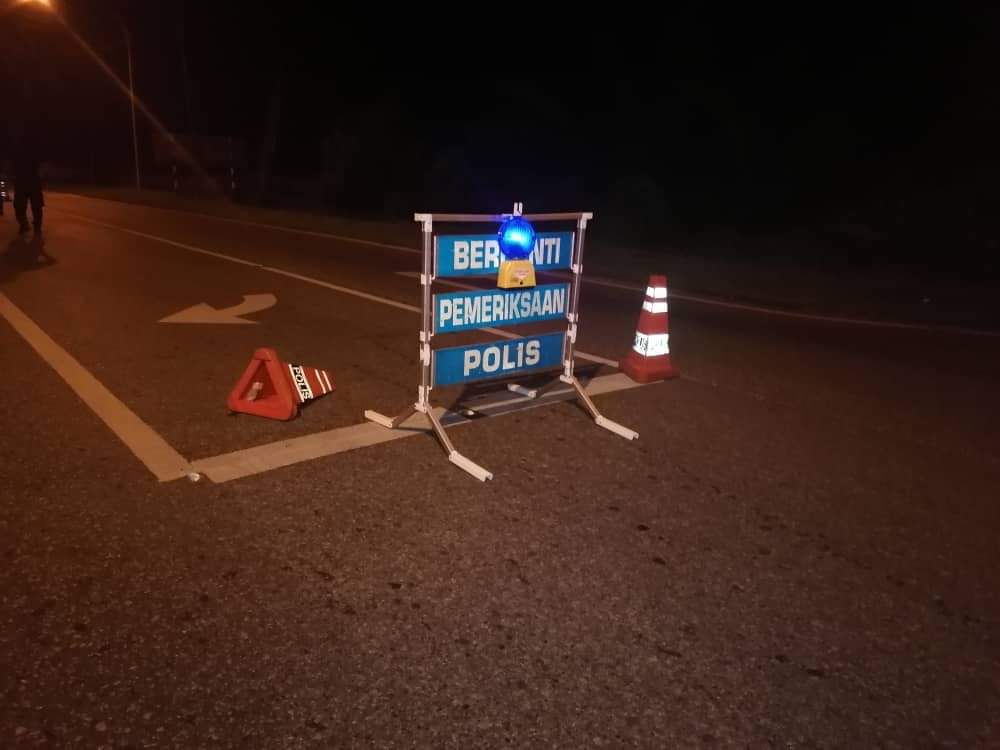 MUKAH: A drunken man was arrested by the police for colliding into a roadblock at Jalan Mukah-Balingian during the Chinese New Year celebration.

According to Mukah district police chief DSP Muhamad Rizal Alias, the 24-year-old suspect refused to stop his vehicle before colliding into the roadblock.

“The suspect refused to stop at the roadblock at a four-junction entrance to Kampung Sungai Alo/Tutus Ulu around 11.32pm last Thursday night (Feb 3).

“The suspect coming from Balingian towards Mukah then hit a police cone at the roadblock,” he said when contacted.

Muhamad Rizal added, the suspect’s vehicle continued to accelerate towards Mukah but was chased and arrested around 11.40pm.

The suspect was found intoxicated and driving dangerously, endangering the lives of the policemen on duty and was arrested.

He was detained at the Mukah police station for further action and investigation.

The case is being investigated under Section 186 of the Penal Code for obstructing a civil servant from performing duties.