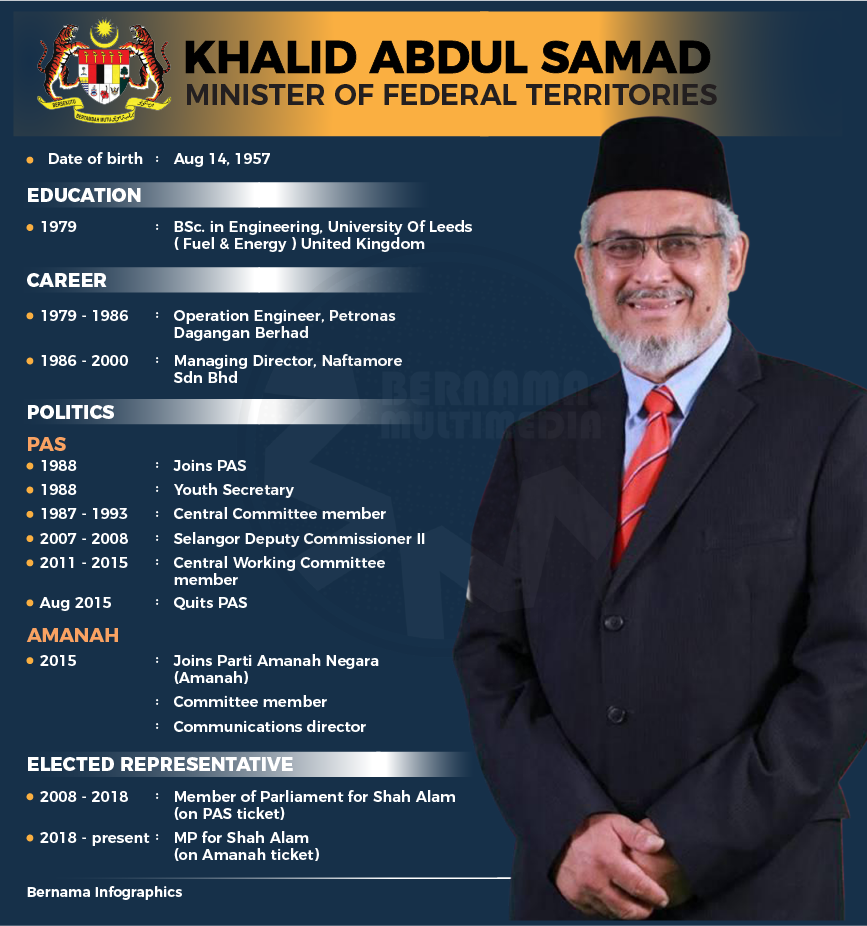 Involved in politics for 35 years

SHAH ALAM: Having involved in politics since in 1983, Khalid Abdul Samad is undoubtedly one of the leading figures in the country’s political scene. Backed wi th 35 year s of experiences in politics, Khalid, who was born in Kota Bharu, Kelantan, was actively involved in PAS from the beginning and was fielded as a candidate for the first time to contest for the Kuala Krai parliamentary seat in the 1986 General Election but lost.

Khalid, youngest brother to UMNO leader, Tan Sri Shahrir Abdul Samad, was also detained under the Internal Security Act 1960 (has since been abolished) in 1987 for nine months under “Ops Lalang”, then continued to be active in pol i t ics and was among the ranks of the leadership of the Central PAS Youth Council then.

A member of the Central PA S C ommi t t e e f r o m 1987 to 1995, Khalid held several key posts in PAS including the Selangor PAS deputy commissioner, as well as Central PAS working committee members from 2013 until 2015, before leaving the party to join the Parti Amanah Negara (Amanah). Khalid, who is Amanah communications director, has retained his Shah Alam parliamentary seat, which he won since 2013, in the 14th General Election on May 9.

Away from his involvement in pol i t ics, Khal id who holds a degree in Fuel and Energy Engineering from Leeds University, United Kingdom, began his career at Petronas Dagangan Sdn Bhd for six years from 1980.