This article is in conjunction with World Press Freedom Day which is observed on May 3 every year.

KUALA LUMPUR: Malaysia’s placing in the recently released 2021 World Press Freedom Index compiled by Reporters Without Borders (RSF) fell to 119 from 101 in 2020.

The World Press Freedom Index, published every year since 2002, provides a ranking and analysis of media rights in over 180 countries worldwide.

RSF had reportedly said that among the factors that led to the steep drop in Malaysia’s ranking was the Emergency (Essential Powers) (No 2) Ordinance 2021 – gazetted by the federal government in March to criminalise the circulation of fake news — which it claimed may “allow the government to impose its own version of the truth”.

RSF also pointed to other laws, such as the Sedition Act 1948, Official Secrets Act 1972 and Communications and Multimedia Act 1998 that allegedly stifled media freedom.

Are these laws deemed repressive and impacting the independence of the Malaysian press?

Malaysian Press Institute chief executive officer Datuk Dr Chamil Wariya, however, begs to differ. Referring to the ordinance that was created to, among others, curb the dissemination of fake news on Covid-19 and vaccines, he said the power granted under an emergency ordinance does not supersede the authority of any other written law currently in force.

Not the gold standard

He said Malaysia’s 18-place fall in the World Press Freedom Index 2021 did not mean that there is absolutely no freedom of speech nor freedom of the press in this country as RSF’s evaluations were based on the framework and perspective of the western media.

“While it’s true that we await the findings of the World Press Freedom Index to use it as a guide to gauge the level of press freedom in our country, it does not, however, serve as the gold standard for the evaluation of media freedom.

“An evaluation criterion based on the media practices of western nations certainly does not take into consideration our country’s unique media dynamic and landscape. Malaysia, moreover, is bound by its Constitution which sets out limits to freedom of speech, particularly when it involves sensitive matters such as race,” he told Bernama in an interview at his office in Cyberjaya recently.

Chamil also said to ensure that media freedom continues to progress, the Perikatan Nasional government should consider repealing certain laws regarded as restrictive. They include the Printing Presses and Publications Act 1984; certain sections in the Communications and Multimedia Act 1998; Sedition Act 1948; and Official Secrets Act 1972.

“These laws have to be reviewed and, if necessary, abolished because they are seen as suppressing press freedom. We’ve proposed to the government to draft the Freedom of Information Act, as well as create the Sources Protection Act to allow journalists not to disclose the identity of their news sources for exposés on issues of public interest,” he said, adding that the government has to accept today’s reality where most people have access to the Internet and social media.

“The existing laws have to be modernised in accordance with the passage of time.”

Chamil also suggested that the government introduce a special stimulus package to help media organisations that were impacted by the digital disruption.

He said according to the latest report by the National Union of Journalists, more than 3,000 employees of various media organisations and newspapers have lost their jobs due to digital disruption.

The Audit Bureau Circulation Malaysia has also reportedly said that the daily circulation of newspapers had plunged to 618,000 in 2019 from 6.4 million in 2014.

Meanwhile, Associate Prof Dr Akmar Hayati Ahmad Ghazali, a lecturer at the Department of Communication, Faculty of Modern Languages and Communication at Universiti Putra Malaysia, urged journalists to safeguard the media’s credibility by ensuring that they only produce news reports that are true and verified by the authorities concerned.

“Work tirelessly to ensure that the information you provide is accurate in order to build a positive mindset and create an informed society,” she said.

Media practitioners should also be mentally and physically prepared to face the “competition” posed by irresponsible individuals that report and circulate fake news, she added.  – Bernama 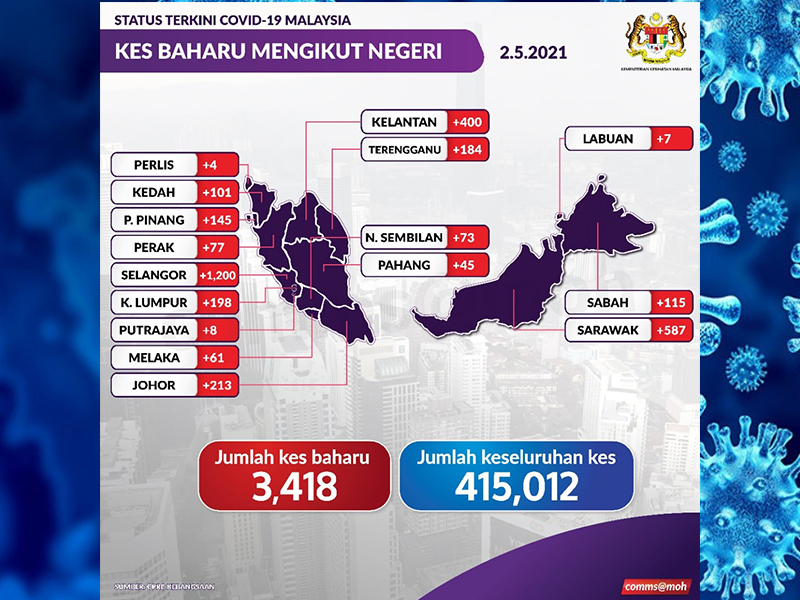