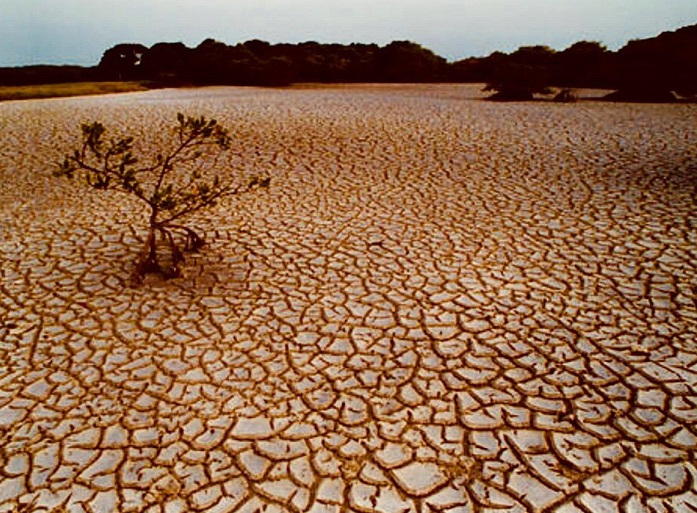 Those powerful, thought-evoking words were spoken before the US Congress on June 23, 1988, by the NASA climatologist James Hansen — to raise the alarm about a warming planet.

The setting for the speech was almost staged and perfect for the dramatic testimony before the US Congress, except that it was real, not a play for amusement or entertainment. The temperature in Washington DC on that day had hit a record 100F during a summer of unprecedented heatwaves, and 40 states in the US were grappling with severe drought.

As the NASA scientist’s landmark testimony to Congress on the urgent need to address climate change goes, as the saying goes, the rest is history. For example, a headline in a recent publication of The Guardian news website on September 2022 screamed as follows: Our Unequal Earth-Megadrought in the American Southwest: a climate disaster unseen in 1,200 years. 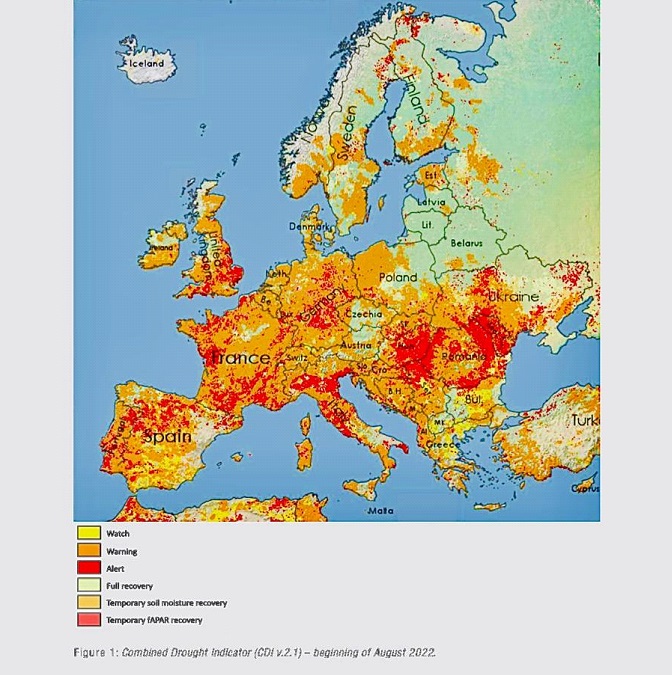 According to the UN, drought is a hidden global crisis that risks becoming “the next pandemic” if countries do not take urgent action on water and land management and tackle the climate emergency.

If you care to go through the literature, you’ll come across numerous headlines all conveying the same message. Indeed, we are, and have been for a while, suffering the pains and throes of unprecedented droughts in most parts of the northern hemisphere, from East to West, where the intensity and frequency of the droughts have been magnified manifold. Forest fires, depleting and drying up lakes and rivers, are a stark and frequent reminder of the disastrous conditions that have been visited upon the earth and its inhabitants. 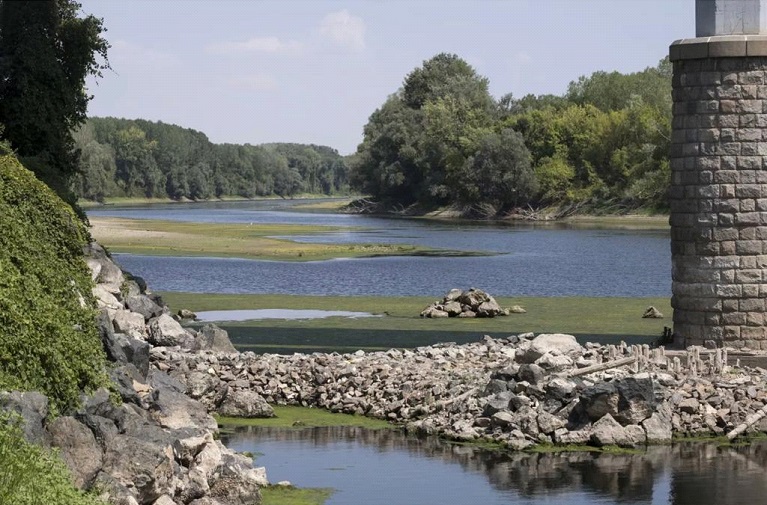 A view of Danube on Aug. 20, as it reached historically low levels in Giurgiu, Romania.

Growing up in the Bario Highlands in the 60s, water seemed to be everywhere and was obviously one of the most renewable of all the Earth’s resources. In fact, the term ‘Bario’ literally means “wind” in the Kelabit dialect and is synonymous with wind and rain. The sight of water falling from the sky in the form of cool and refreshing rain, or lingering on the mountains and clutching the valley in the early morning, as mist and low-hanging clouds indicated that there was plenty of it around.

When I saw the sea for the first time in my life, after I went to the town to study, I was amazed at the immense amount of water in the sea as I watched its ebb and flow from the Police Field Force Camp on top of the hill at Riam Road. I was staying with my cousin, Lun Anid, who was in the forces during the school holidays.

In school, we learnt that water surrounds us in the form of seas and oceans that cover nearly three-quarters of the planet’s surface and is also found in the polar ice caps and mountain glaciers. Later, we also learnt that life started from the seas, according to the scientists. We knew and associated water as the source of life on Earth, and possibly beyond, from a very early age. In fact, there has been some excitement recently over the discovery of traces or presence of water on Mars, leading to the logical deduction that life may have existed there.

Knowing that water is not only plentiful and important for life, it is puzzling that we find ourselves in a situation of shortage and very high risk in terms of the reliability of water supply for all our needs. These changes that we are now experiencing will combine to make less water available for agriculture, energy generation, and to cool down cities, towns, communities, and ecosystems around the world. Something we cannot afford to have or allow to happen, but which we are already deeply embroiled in. 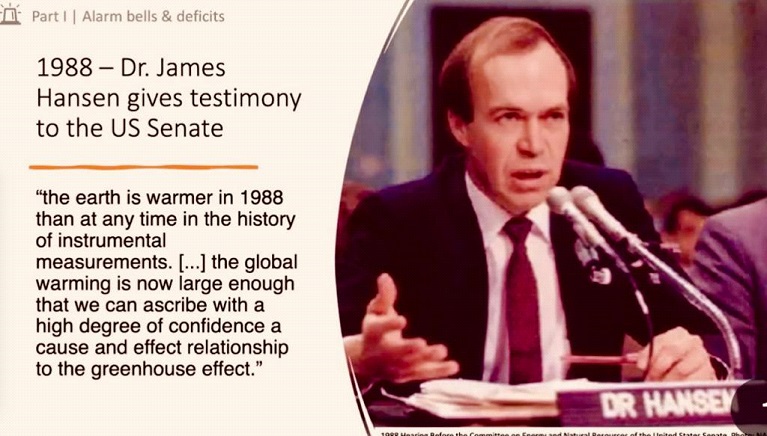 How did we arrive at this position? James Hansen’s statement, first quoted earlier, gives some clues. Being poor stewards and irresponsible guardians of our home planet, we humans have pumped more and more carbon dioxide and other greenhouse gases into the atmosphere, causing the patterns of weather and water to change dramatically around the world. Human-induced activities have been a major cause.

Droughts are becoming more common in some places, and floods in others. The glaciers and snowpacks are melting at unprecedented rates and will disappear in some areas, adversely affecting the freshwater supplies of those who live downstream of the river system fed by these glaciers. These are symptoms and proof of what is termed “climate change” — triggered by global warming mainly induced by man-made activities.

At first glance, it seems ironic that we are in this predicament. As we are aware, water covers 70 per cent of our planet, and this basic fact has led us to think that it will always be plentiful. However, when we look closely, freshwater — the stuff that we drink, bathe in, and irrigate our farmlands with — is actually not that plentiful.

In relative terms, fresh water is, in fact, incredibly rare. Do you know that only 3 per cent of the world’s water is fresh water and that two-thirds of that is tucked away in frozen glaciers, in the ground or otherwise unavailable for our use? The situation is worsened by the fact that only 0.5 per cent of the water on Earth is “useable and available” freshwater. So, the supply of usable freshwater is indeed very fragile. At the same time, the consumption of fresh water has increased as the population has increased their use of water for large-scale agriculture, for industrial use, and for other purposes. 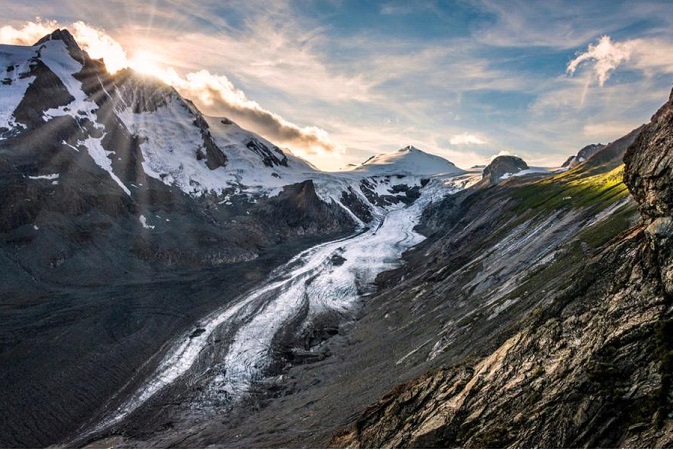 The Pasterz, the largest glacier in Austria, has declined by half since it was first measured in 1851. Photo: flickr

It is estimated that some 1.1 billion people worldwide lack access to water, and a total of 2.7 billion find water scarce for at least one month of the year. Inadequate sanitation is also a problem for 2.4 billion people — they are exposed to diseases such as cholera, typhoid fever, and other water-borne illnesses. Two million people, mostly children, die each year from diarrheal diseases alone.

Many of the water systems that keep ecosystems thriving and feed a growing human population have become stressed. Rivers, lakes and aquifers are drying up or becoming too polluted to use. More than half the world’s wetlands have disappeared. Agriculture consumes more water than any other source and wastes much of that through inefficiencies. Climate change is altering patterns of weather and water around the world, causing shortages and droughts in some areas and floods in others.

At the current consumption rate, this situation will only get worse. By 2025, two-thirds of the world’s population may face water shortages. And ecosystems around the world will suffer even more.

Even in countries with adequate water resources, water scarcity is not uncommon. Although this may be due to a number of factors — collapsed infrastructure and distribution systems, contamination, conflict, or poor management of water resources — it is clear that climate change, as well as human factors, is increasingly denying vulnerable humans their right to safe water and sanitation.

The problem of water scarcity limits access to safe water for drinking and for practising basic hygiene at home, in schools, and in healthcare facilities. When water is scarce, sewage systems can fail, and the threat of contracting diseases like cholera surges. Scarce water also becomes more expensive. 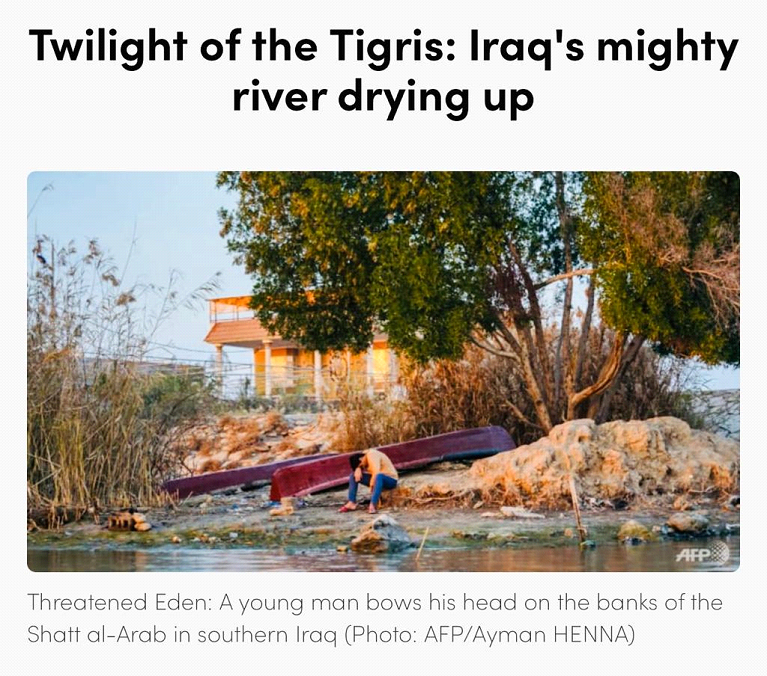 Changing rainfall patterns as a result of climate breakdown are a key driver of drought, but the inefficient use of water resources and the degradation of land under intensive agriculture and poor farming practises also play a role. Deforestation, the overuse of fertilisers and pesticides, overgrazing, and over-extraction of water for farming are also major problems across the world.

Climate change is bringing droughts and heatwaves across the globe, as well as floods and sea level rises. The depletion of those aquifers can also make the remaining water more saline. Fertilisers leaching nitrates into the supplies can also make the water unsuitable for drinking or irrigation. Pollution of both freshwater supplies and underground aquifers is therefore a problem.

Climate change is increasing temperatures and disrupting rainfall patterns, which in turn increases the frequency, severity, and duration of droughts in many regions across the globe. As we move towards a 2˚C warmer world, urgent action is required to better understand and more effectively manage drought risk to reduce the devastating toll on human lives and livelihoods as well as ecosystems.

The following are the “key” facts, according to a UNICEF report:

The report also mentioned that at least 1.5 billion people have been directly affected by drought this century, and the economic cost over roughly that time has been estimated at $124 billion. Obviously, the true cost is likely to be many times higher because such estimates do not include much of the impact in developing countries or costs that cannot be quantified in monetary terms.

Europe was once green and water-rich. Now, it’s looking “more and more like California,” as mentioned in a report. Altogether, 64 per cent of the continent — 13 of the 27 nations in the European Union, as well as Britain, Serbia, Moldova and Ukraine — is either facing drought or in imminent danger of it, according to a recent study by EU scientists that predicted at least three more months of “warmer and drier” days. 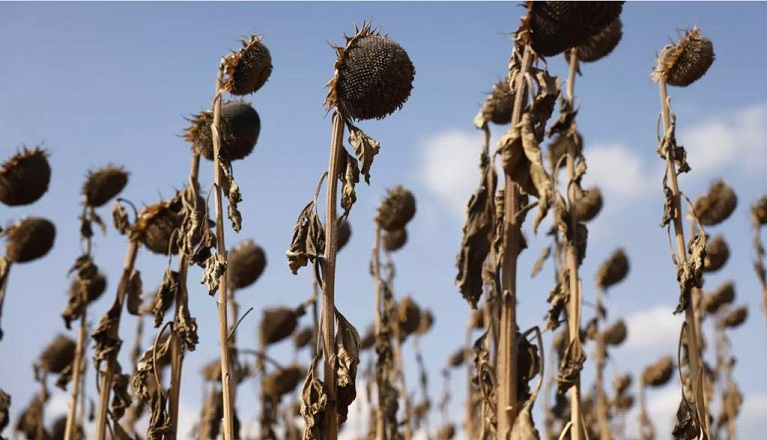 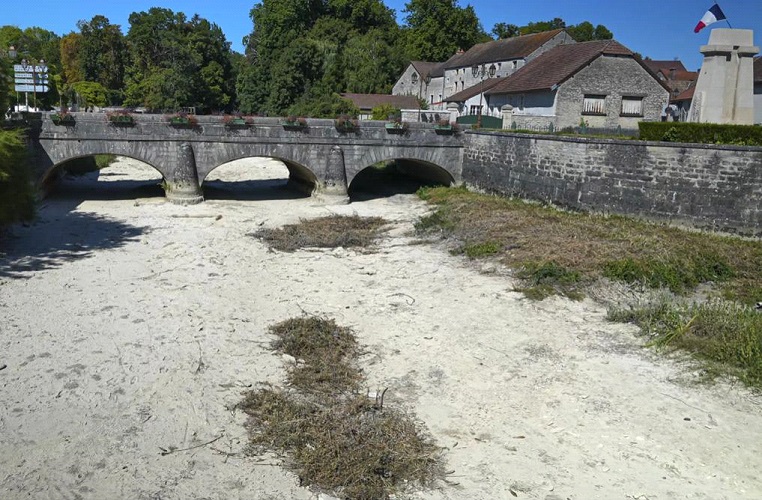 Water-related hazards like floods and droughts are increasing because of climate change. The number of people suffering from water stress is expected to soar, exacerbated by population growth and dwindling availability. But management, monitoring, forecasting, and early warnings are fragmented and inadequate, while global climate finance efforts are insufficient, according to a new multi-agency report.

According to the Water Resources Group, an arm of the World Bank, water demand is expected to exceed current supply by 40 per cent by 2030 — just ten years away! Competition between communities and countries for scarce water resources will be increasing, especially as climate change is exacerbating risk and unpredictability. Water scarcity is also caused by water resource mismanagement. Competition and conflict over water will not be uncommon in the years ahead.

So, will water be the next global crisis? Time will tell.

NOTE: This posting is compiled by the writer from multiple sources and intended to give a view of the issues covered.

Mahathir slammed with disagreement
Previous Post
No tax, the winnings are all yours!