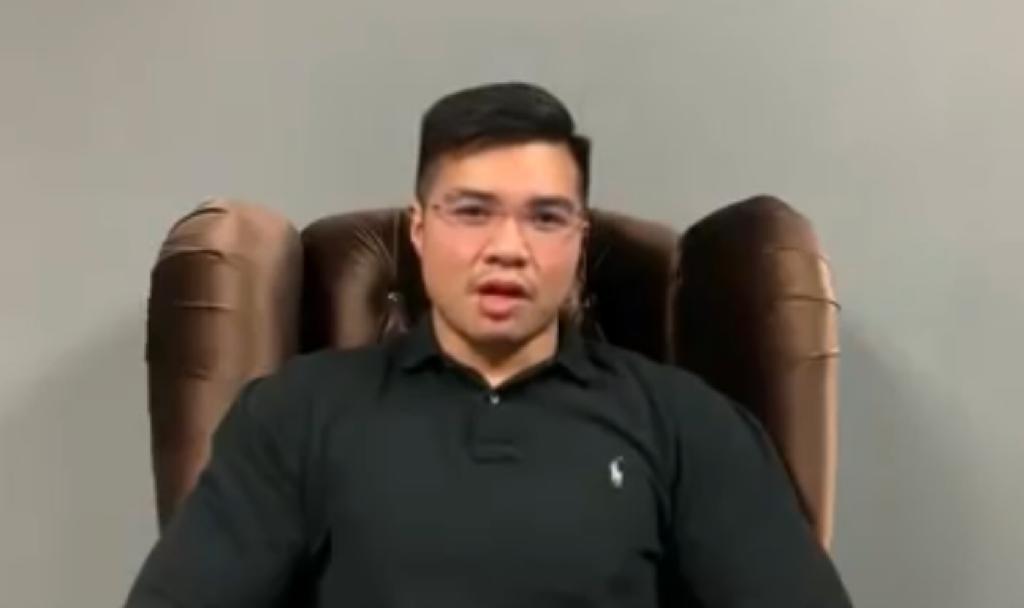 KUCHING: Muhammad Haziq Abdul Aziz, a principal private secretary to a deputy minister, has come out in the open to admit that it was indeed him who was featured in the video clips, engaging in gay sexual acts with a man, allegedly a federal minister, that went viral via WhatsApp on Tuesday.

Haziq made the sworn confession in a 34-second video which was uploaded on his FB Page yesterday.

“I, Haziq Aziz, (am) making a sworn confession that I am the individual with (the minister) in the video which went viral yesterday (Tuesday).

“The video was taken without my permission on May 11 during the Sandakan by-election in (he named the minister) room at Hotel Four Points.

“I urge the MACC (Malaysian Anti-Corruption Commission) to investigate (the minister concern) for corruption. He is not an individual who is fit to be a leader,” he said in the video, which was recorded in Malay.

Haziq, is the youth leader of PKR Santubong branch.

On Tuesday, Tun Dr Mahathir Mohamad when asked to comment on the video  at a press conference after chairing the Economic Action Council meeting in Putrajaya, said he was not aware of it.