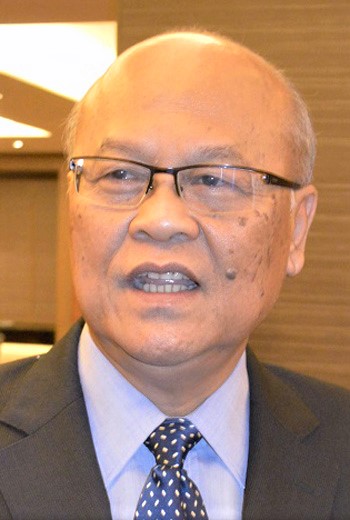 KUCHING: Political analyst Datuk Peter Minos hopes that other nations will not make their claims on the potential oil reserves of James Shoal near Bintulu so that Sarawak will be able to benefit from these resources.

“If the vast oil reserves exist at James Shoal and Sarawak has a share in it, jolly good. Chief Minister Datuk Patinggi Abang Johari Tun Openg’s readings and research will bear fruit,” he said today.

On Thursday Abang Johari said Sarawak was looking into the possibility of exploring James Shoal near Bintulu, explaining he had read in a book that the area had been studied by scientists and was believed to contain around 93 billion barrels worth of oil.

“We also hope that Petroliam Nasional Berhad (Petronas) will not swipe it all. If it is onshore, there will be no problem for Sarawak,” said Minos.

He said Sarawak was in luck under the leadership of Abang Johari and Gabungan Parti Sarawak (GPS), noting that oil and gas wealth had started pouring in.

“This is very good and opportune as we need maximum funds for our state’s development.”

He pointed out that Sarawak had already received five per cent State Sales Tax (SST) from Petronas and other oil and gas companies operating in the state, bringing in billions of ringgit to Sarawak annually.

“In addition, the onshore oil and gas potential to be exploited by Petroleum Sarawak Berhad (Petros) in the Baram area is on the horizon, plus James Shoal’s wealth is promising. This is really great for Sarawak.”

Get help for ruined crops