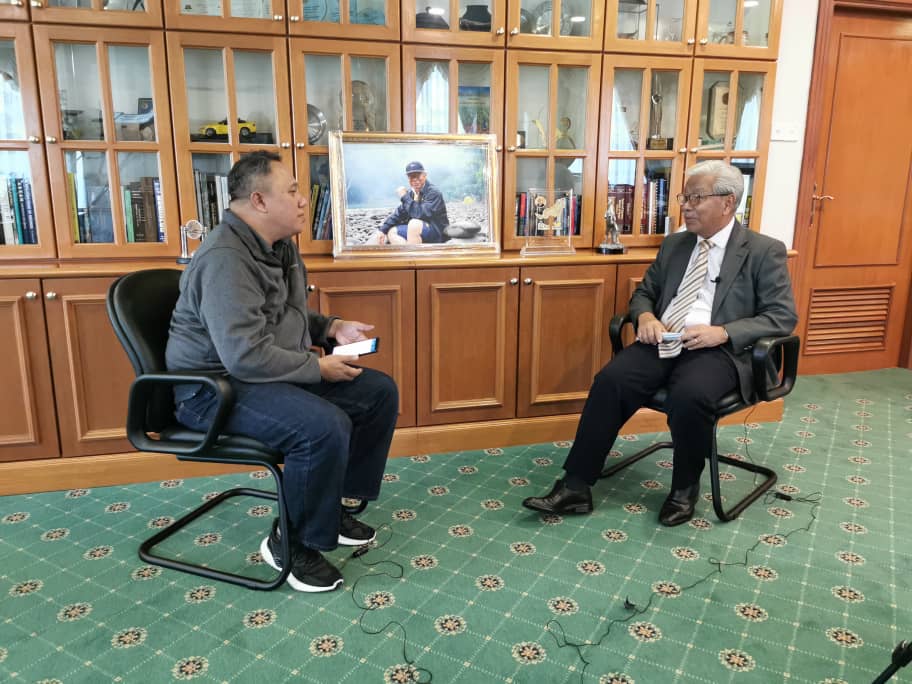 A consummate politician, Masing fought to the very end for his ideals “Don’t look down on my party members. If I go, they’ll surely be able to tak

A consummate politician, Masing fought to the very end for his ideals

“Don’t look down on my party members. If I go, they’ll surely be able to take care of themselves.

For some reason, this statement was like a sign that I couldn’t read. The words were uttered by Parti Rakyat Sarawak (PRS) president Tan Sri Datuk Amar Dr James Jemut Masing on April 20.

It was my last face-to-face interview with him before the Covid-19 pandemic got worse in Kapit. It was at that time that Masing lost his beloved sibling and an in-law.

Unfortunately, on Sept 28, Masing himself got infected with the deadly virus which necessitated his admission to the Intensive Care Unit (ICU) of Sarawak General Hospital.

Masing, who celebrated his 72nd birthday last March 5, was an extraordinary veteran politician as he was wise in overcoming obstacles and making decisions.

He contested on a Parti Bansa Dayak Sarawak (PBDS) ticket in 1983 in Baleh, which lasted up to eight terms.

In fact, his name was also announced as the Baleh candidate for the ninth time by Gabungan Parti Sarawak (GPS) chairman Datuk Patinggi Abang Johari Tun Openg in Belaga not long ago.

But it turned out that his wish to defend his seat would not be fulfilled — he breathed his last at 7.05am on Sunday (Oct 31).

With a long political age and having gone through great political twists, Masing was a visionary statesman.

In his hands, all the impossibilities could be realised — Kapit, which was once far away, is now accessible by road.

I, myself, witnessed how Masing smiled proudly on Oct 4 last year when he rode a high-powered motorcycle while accompanying the Chief Minister’s convoy from Sibu to Kapit.

This Deputy Chief Minister, who loved to eat Laksa Sarawak and mee kampua, was also an outspoken person.

During the interview, he spoke about his concerns over Covid-19, which he feared would pose a threat to longhouse residents.

Talking about politics, Masing stressed that he was willing to let any individual lead PRS after him.

“The most important thing is that they must be honest and sincere,” he said, but declined to name a successor.

Masing had been an important figure in Sarawak politics for over 38 years, two years younger than the political age of his boss, Abang Johari. Therefore, it was not surprising that the relationship between the two was close.

Abang Johari, when met in Lawas on Sunday, was clearly sad as he had lost a good friend as well as an experienced Cabinet member.

When asked how he faced criticism and opposition throughout his time in the political arena, Masing said, “If you are not willing to face the heat, get out of the kitchen. If you are not able to handle the problem, then go.”

He stressed that the principle was simple — he spoke what he believed to be true and did not pay attention to critics.

“All the dogs bark at you, and if you entertain them, you won’t get to the destination,” he pointed out.

“As a result, I can sleep at night compared to those who criticise and slander me.”

Masing, who founded PRS in 2004, was also fond of action movies and country music. Among his favourite artists were Tom Jones and Elvis Presley as well as Iban singers like Stella Philip and Anderson Ngalai.

Apart from that, in the interview, he said that he was ready to step down for the coming election if asked by Abang Johari.

“If the CM says ‘James, you are contesting again’ — then I will contest because it means he still needs my services.

“If the CM says ‘James, 30 years is enough!’ — then I’ll pack my bags and go. I am willing to do that because it is the Chief Minister’s order — I don’t fight the boss.”

He added that if that happened, he would probably be in the farm full-time.

When asked what his career would have been if not as a minister, the anthropology doctoral graduate, said “a lecturer”.

“Upon my return to my homeland (from New Zealand), I was interviewed by Ibrahim Abu Shah (now Tan Sri) to set up the Sociology Department at ITM Sarawak in Semenggok.

“However, I had to turn down the offer to be the officer at Sesco in charge of Batang Ai,” he said then.

Masing admitted he was happy with what he had now.

In fact, according to him, if he were to contest in Baleh again, he was confident that he would win.

“There is no physical campaign. So, it is good for me, even though I am not skilled in using social media tools,” he said, adding that it was all thanks to his 38 years of involvement in politics and he was widely known by his constituents.

Even though he is gone, his spirit and struggle will continue to be in the hearts of every resident of Baleh and also the members of PRS.

Masing’s political prowess will also be remembered as one of assertiveness and ingenuity.

Angel is one talented doctor