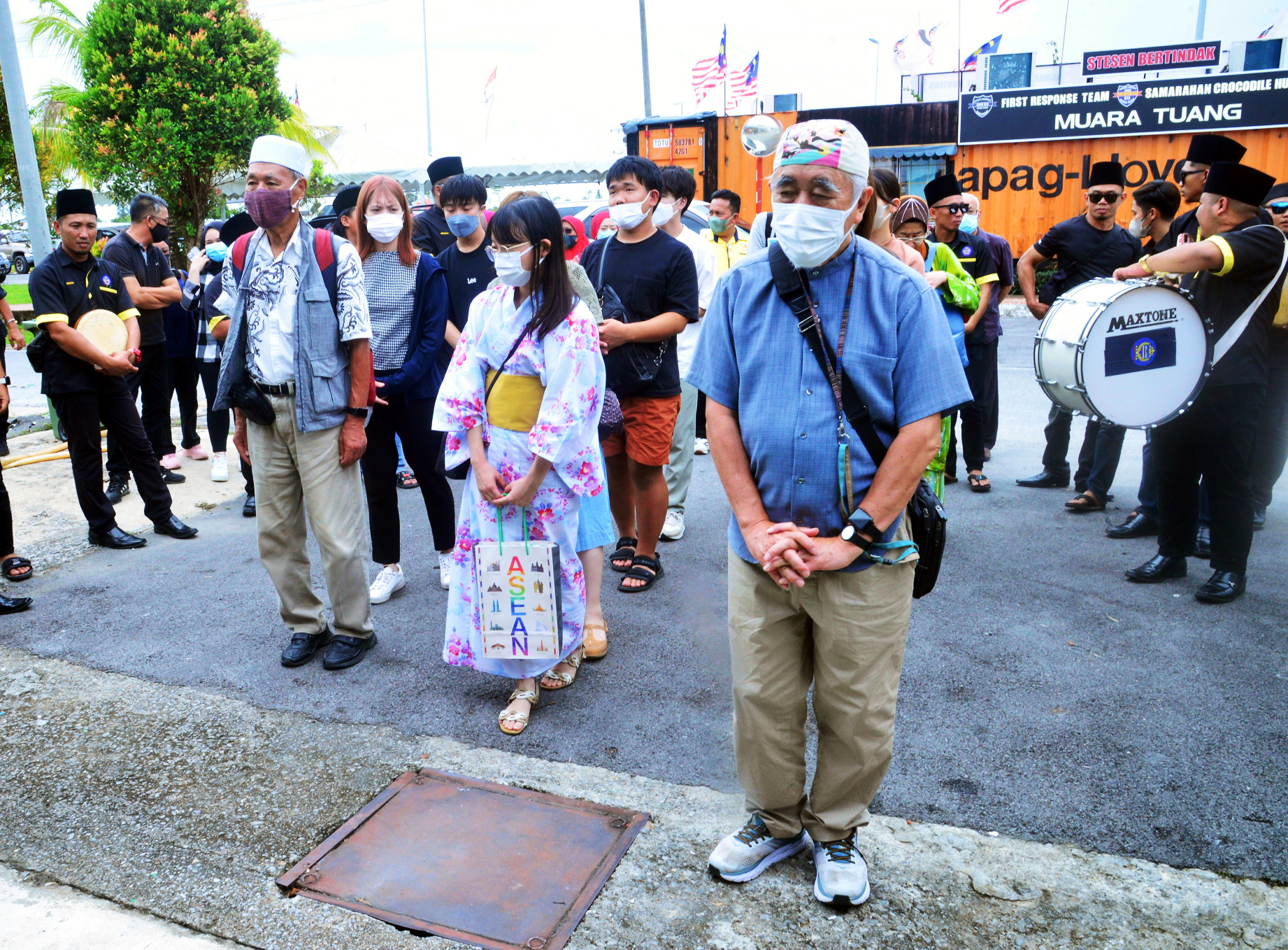 KOTA SAMARAHAN: The Japanese site around Samarahan here is among the evidence of the Japanese arrival in the Land of the Hornbill in the past.

Head of Muara Tuang Constituency Service Centre Operation Headquarters, Aziz Mohamad said that looking at history, Samarahan was one of the areas where Japanese soldiers were stationed at one time.

“Last time, Japan came here to colonise the state, however, today they come with good intentions to establish friendship and cooperation with Sarawak.

“This is a good thing, in fact the visit of Japanese students in Sarawak is one of the programmes that needs to be carried out continuously from time to time,” he said.

He was speaking on behalf of Muara Tuang assemblyman Datuk Idris Buang during the luncheon with the ‘Anak Samurai’ at the Muara Tuang Constituency Service Centre yesterday (Sept 4).

Despite not being able to attend the programme in person due to health reasons, Idris took the opportunity to greet the students through a video call.

He conveyed his appreciation to the students for choosing Muara Tuang as one of their destinations to visit in Sarawak.

Meanwhile, the arrival of the 13 students of the Rising Sun started with a ‘hadrah’ performance from Kampung Tanjung Bundong, followed by a traditional Iban dance.

The students were also treated to famous local food and beverages.

Apart from that, the students together with the Muara Tuang Service Centre’s staff sang the national patriotic songs namely, ’31 Ogos’ and ‘Jalur Gemilang’ while waving the national flag.

Earlier, the programme saw the participation of a total of 13 students from the Malay Language Department of Tokyo University of Foreign Studies (TUFS) who visited Sarawak to experience the culture of the Malay community.

The five-day knowledge gaining tour, which was organised by TUFS in collaboration with Suara Sarawak and New Sarawak Tribune, started on Sept 1 and ended in Kota Samarahan on Sunday (Sept 4)

NTE: Please use Ramidi’s photo for pictorial. Thank you.

KCH-anak samurai-0409-nj-1-8:
Japanese students being given a warm welcome upon their arrival.