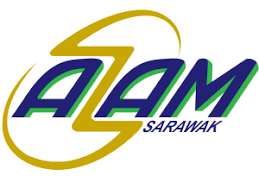 In a statement issued by Azam, it said that the public awareness campaign themed ‘Normal Baru Serba Digital’ (Digital new normal) will be broadcast in Bahasa Malaysia, Chinese (Mandarin) and Iban beginning August this year.

This, in turn, will highlight digital initiatives implemented by SMA, enabling the transition to the new normal while combatting the spread of Covid-19 and the economic impact of the pandemic in tandem with the Sarawak government’s on-going digital transformation agenda.

“In interviews with key decision makers and stakeholders from the public and private sectors as well as a host of vibrant programmes and CSAs, listeners will learn how digital technology is defining our daily life in the new normal through the various strategies employed by the Sarawak government through SMA implemented across diverse sectors such as digital government, digital infrastructure, digital health, and e-commerce,” said Azam in a statement issued yesterday.

“The aim of this overall media campaign is to inform and educate members of the public on the Sarawak government’s plans and strategies to ‘normalise’ the new normal and thus accelerate rapid digital adoption to bolster flagging or emerging economic sectors,” he added.

How digital helps with the new norm

No longer left behind

Use social media to stay connected

Saberkas to redefine youth as below 40

How digital helps with the new norm

No longer left behind