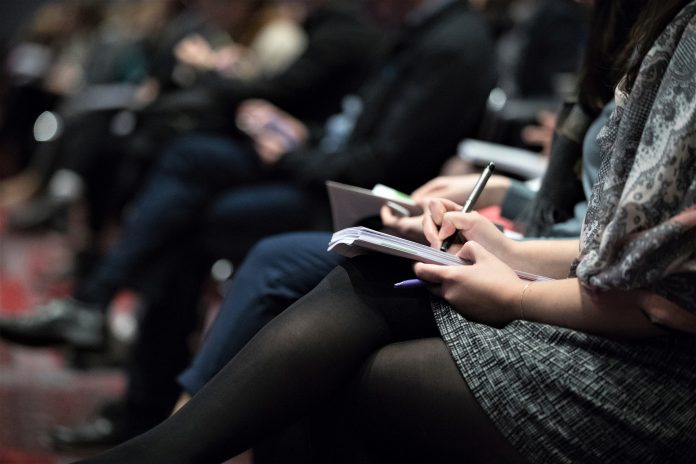 KUCHING: As a journalist, there is no doubt that covering the deadly Covid-19 pandemic is a terrifying and harrowing task.

Journalists need to relay the constantly changing information from the government to the public without delay.

Reporting on the outbreak has caused anxiety among many journalists as they — like many front-liners – are also putting their lives for the wellbeing of the population.

Pointing out that the death toll in the country has increased to 17, CJA Chairperson Alice Wee reminded her peers covering the outbreak to ensure their lives are safeguarded.

Safeguarding a journalist’s safety should be taken seriously by news organisations, she stressed.

“It is the responsibility of the news organisations to provide their journalists with necessary personal protection equipment (PPE), including gloves and face mask,” she highlighted.

Wee further stressed that news organisations should take seriously their responsibility to support employees during this difficult time and to ensure that the support structure was effectively addressed.

“There should be a proper safety demonstration by certified personnel. For example, the medical team from local NGOs (non-governmental organisation) like Red Crescent and St John Ambulance.

“Even Bomba (Fire and Rescue Deparment) personnel can help to demonstrate to the journalists on how to carry out the proper SOP (standard operation procedure) to discard their used masks and gloves whilst practising high hygiene standards to curb the spread of the Covid-19 virus,” she said.

Such action, Wee added, would at least help the journalists to be mentally prepared and boost their confidence while on assignment.

“In the context of holding press conferences, this cannot be avoided by journalists.

“Attending a press conference is necessary because journalists are the most credible disseminator of information.

“However, with the current crisis, hopefully conferences can be conducted in a more conducive environment as stipulated by the health authorities. For example, at open spaces or places with well-circulated air,” she opined.

KDJA president Jacqueline Radoi Impi agreed that press conferences were necessary but stressed that the safety of journalists was also paramount.

She opined that all government agencies and ministries and event organisers must practise social distancing to protect journalists.

Urging the need to minimise physical movement, she explained that holding virtual press conferences could reduce unnecessary risks among all parties involved.

“We have issued our statement to call upon all government agencies and ministers to try to minimise face-to-face press conferences.

“We instead encourage information and messages to the public to be issued via press statements or through video conferencing or live streaming via social media platforms,” she said.

Jacqueline further emphasised that it was important to recognise the responsibility to provide better protection for all parties involved, including news organisations.

“They must understand that we are not robots, we are humans. Being the front-liner, it is better if we make use of the technology available, whether through video conferencing or video call using smartphones.

“The fact is that we cannot control the transmission during press conferences since everyone is potential to get infected.

“Such scenario has already happened in the Peninsula where two reporters have been confirmed positive with Covid-19. Currently, they are under quarantine with one of them now in the ICU.”

“Observe all precautionary measures to stay safe because you play an important role in this crucial time, to provide accurate news. Be wise. Stay safe.”

Nevertheless, safeguarding a journalist’s safety is a collective responsibility – from news organisations to the government, ministers and journalists alike.

Although the cloud of uncertainty hovers over them during the outbreak, every journalist is still determined to carry out their duties with professionalism for as long as it takes for the benefit of the public.

Standard recommendations to avoid infection outlined by CPJ (Committee to Protect Journalist) for journalists include: