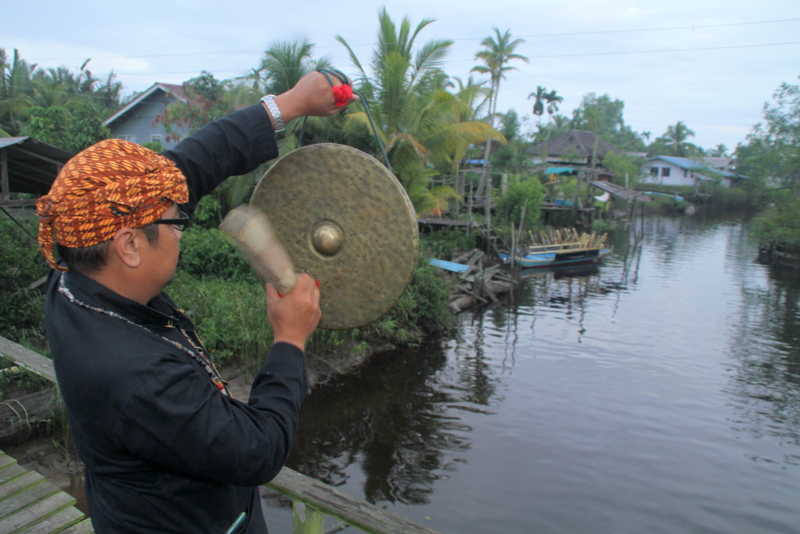 MUKAH: Kaul is celebrated by all Melanaus regardless of their religion and beliefs, said Tellian assemblyman Yussibnosh Balo.

“They look at the celebration from their own perspectives as a result of syncretism. The traditional festival celebrated by the Melanau community is known for its ritual of purification and thanksgiving. It is also to appease the spirits (ipok) for good fortune,” he added.

“As such, nowadays, Kaul is not only celebrated by those who hold on traditional beliefs that are maintained to ensure harmony in the community, but also by Muslim and Christian Melanaus.

“However, practices which go against religious beliefs are handled by those who still hold on to old beliefs.

“The modernised Kaul is celebrated by having a variety of activities. Having the ‘tibow’ is one of the compulsory features of the celebration.”

Yussibnosh added after the ceremony ended, taboos were imposed on the people and participants. For example, they are not allowed to enter a jungle.

“The main taboo is they are forbidden from going out to the sea. In the past, boats were not allowed to leave the river mouth for three days.

“Another taboo which must be adhered to that the Kaul participants are not allowed to take away food which has been served during the ceremony,” he said.

Eduine Kusai strikes the gong a 6am to call for the Melanaus to join in the flotilla of boats to escort the “Serahang Kakan” from Kampung TellianTengah to Muara Sungai Mukah. Photo: GHAZALI BUJANG

This year’s Kaul Festival is celebrated on April 27 and 28. The traditional announcement by the beating of drums throughout the village is still practised.

Kaul Tugek 2019 started at 8am, following the arrival of the boat parade at the Kaul Seraheng Kakan celebration site.

The colourful river parade escorting the “Seraheng Kakan” from Tellian River to Batang Mukah began at 7am.