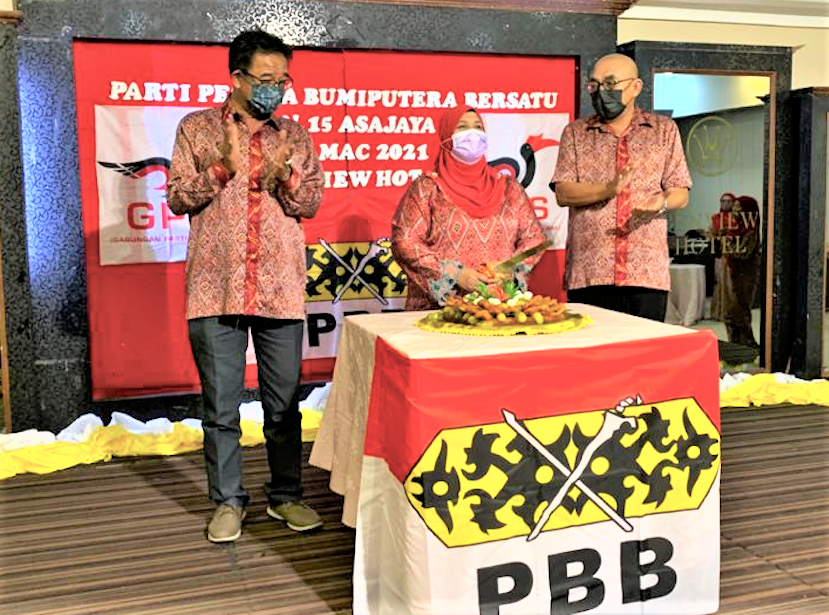 KUCHING: Parti Pesaka Bumiputera Bersatu (PBB) vice president Datuk Abdul Karim Rahman Hamzah has called upon grassroots members to keep abreast with the latest developments in politics in order to be aware of current situations that affect the community at large.

“Party members should also be aware of the latest development in the state government’s vigorous efforts to curb the spread of Covid-19 virus in order to ensure health and safety of local folk,” said Abdul Karim, who is also Asajaya assemblyman and chairman of PBB Asajaya Branch.

According to him, PBB members have an important role to play because they are in the position to relay key messages to those at grassroots level.

He further cautioned them on the dangers of fake news created by irresponsible individuals who then viral it through social media platforms, creating misunderstanding among the people.

“There is no stopping people from spreading fake news through social media, but we have to shoulder the responsibility to debunk such lies and slanders which are aimed to discredit our leaders and the government of the day,” he said during the meeting session with PBB Asajaya members held at a local hotel here last Saturday.

Abdul Karim who is also the Tourism, Arts and Culture Minister and Youth and Sports Minister further mentioned that the Sarawak Disaster Management Committee (SDMC) will continue to develop better measures in fighting Covid-19 in the state.

“Our state government had recently written to the federal government through the National Covid-19 Immunisation Programme committee with regards to its intention to buy Covid-19 vaccines.

“This is because the second phase of the state’s vaccination programme is expected to commence in April and it is expected to be massive with two million Sarawakians involved,” he said.

He also stressed the importance for the local folk especially those in rural areas to be given the assurance on the vaccination programme by Sarawak government.