According to Donald, he was impressed with the Gendang Pampat (drums) as a child.

“I really like the ‘bergendang’ activity in the longhouse whenever there are festivities.

“From there, I was determined to learn how to play this traditional drum of the Ibans.

“Although now I reside in the city, my love for Gendang Pampat has never waned.

“In fact, my friends and I always try to elevate this traditional art so that it does not disappear with time.”

Donald explained that the Gendang Pampat was usually played by slapping the surface of the drum skin called ‘mampat’ or ‘malut’.

“In the past, this drum was usually played during ritual ceremonies such as ‘miring’ during the Gawai festival.

“However, for the urban community nowadays, they usually play the Gendang Pampat to show the traditional art to outsiders as well as the younger generation.

“The tempo of the gendang to greet guests is usually softer while for ritual ceremonies (such as on Gawai Day), the tempo is faster and more aggressive.

“However, there are rhythms that are forbidden to be played during the miring ceremony, especially when it is held at the ‘tanju’ (longhouse verandah),” he explained, adding that the drummers should always be in odd numbers.

According to Donald, the rhythm that is often played is called ‘kukuk manuk’, ‘pepitu’, ‘lengain’ and ‘taubindau’ where each drummer has to hammer out a different rhythm.

In addition, each drummer must be adept at playing at least two different types of rhythm so that he could switch to another rhythm if the rhythm he played is similar to the rest of the group.

“If I played the ‘lengain’ beat, the second drummer will respond with ‘pepitu’, then it will be continued with the ‘taubindau’, ‘pangkung tekalung’, ‘tempap ​​indu’ and the rest, ‘mampat’ or ‘malut’ to cover up inaccurate beats and unify all the drum beats of the group.”

Every performance or ceremony has a forbidden thing or ‘mali’.

In the Gendang Pampat, there are certain types of rhythm that are forbidden to be played at regular public gatherings such as ‘pepitu’.

This rhythm is usually played during the miring ceremony where there is a ‘menimang’ ceremony to invoke the pagan gods of the Iban people.

Therefore, each time before starting the session, the drummers will hold a simple miring ceremony as a sign of respect for customs.

During the performance, each member, regardless of gender, will wear complete Iban traditional clothing such as ‘ngepan’, ‘lelanjang’, ‘baju burung’, ‘gagung’, ‘sirat’, ‘rangki’, ‘simpai’ and ‘duku ilang’.

When asked on the association’s plans, Donald said they planned to recruit more members.

“For each new member, we will usually ask if they have ever played drums — this is meant to gauge their skill level,” he said, adding that the  ‘Tabuh Ajat’ rhythm would be taught as a start.

PGPSMAIK along with other Gendang Pampat groups had initially intended to enter the Malaysian Guinness Book of Records by performing ‘Gendang Pampat Seribu Minit Tanpa Henti’.

However, this was curtailed several times due to the Covid-19 pandemic.

“We really hope that the media would help us promote and spread the word about this traditional art.” 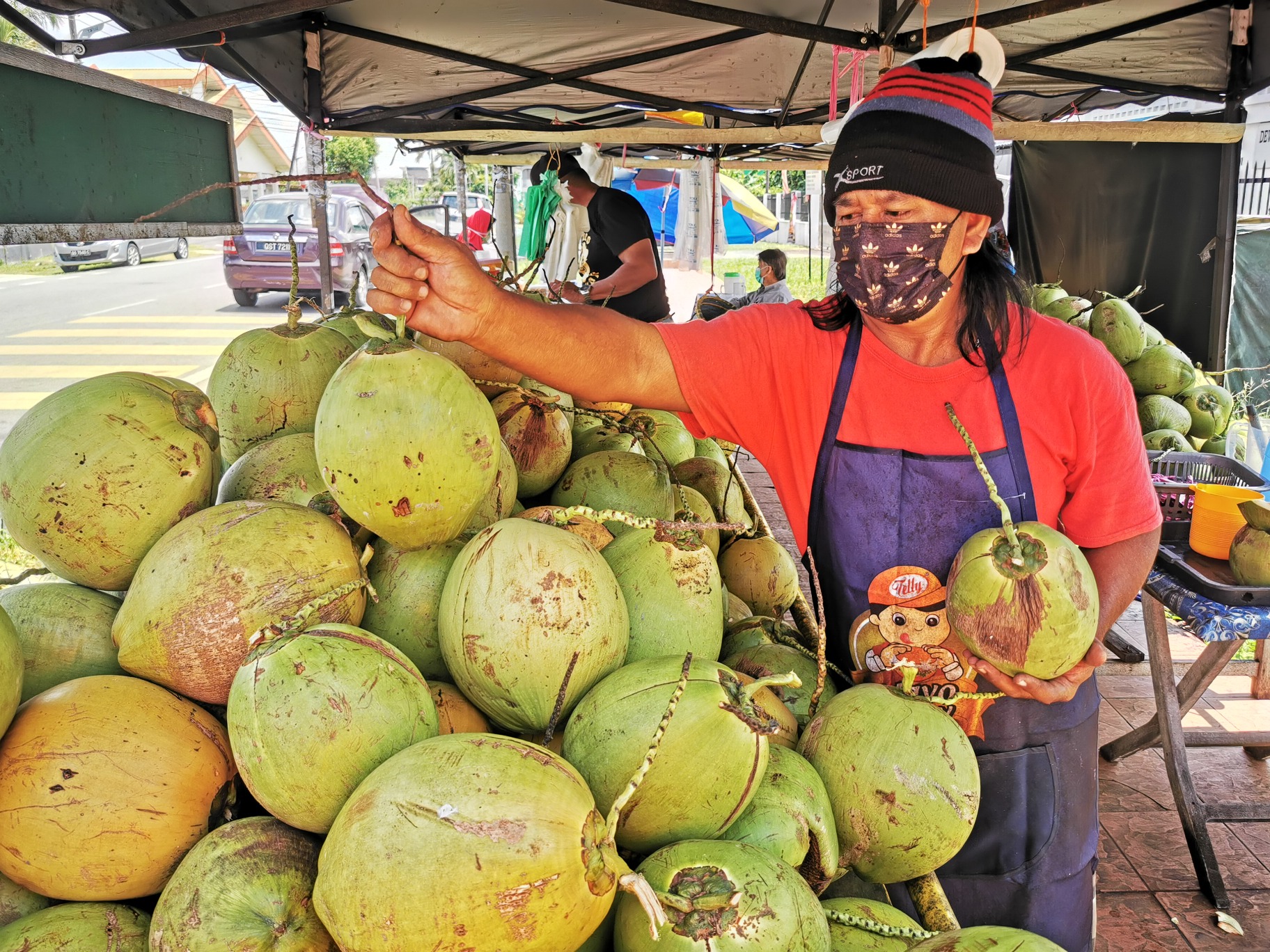