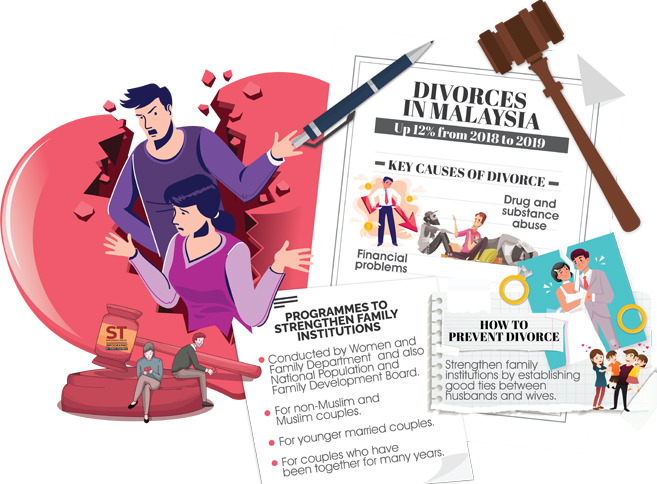 “There are few causes of divorce, and we have to handle these issues holistically and in an integrated manner with other relevant agencies,” she said.

She was addressing a press conference after officiating at the launching ceremony of CantiKK@HG products at the Sarawak Prison Headquarters, Jalan Puncak Borneo here today.

One way to prevent divorces, she said, is to strengthen family institutions by establishing good ties between husbands and wives.

“We have programmes for non-Muslim and Muslim couples. During the Covid-19 pandemic, we still carry out these programmes but on the online platform,” she said.

The minister said these programmes targeted younger married couples, who are still adapting to living as husbands and wives as well as couples who had been together for many years.

“In these courses, we include skills which should be learned by husbands and wives including communication, which are very important,” said Fatimah.

“One should not keep feelings inside and there is a way to express feelings so that although there may be differences in opinions, the relationship can remain strong based on good communication and love,” she added.

Fatimah said marriage and divorce are among the social issues her ministry focused on, adding that these complex issues involved feelings and relationships.

Earlier, the Department of Statistics Malaysia (DoSM) revealed that the number of divorces had increased by 12 percent from 2018 to last year.