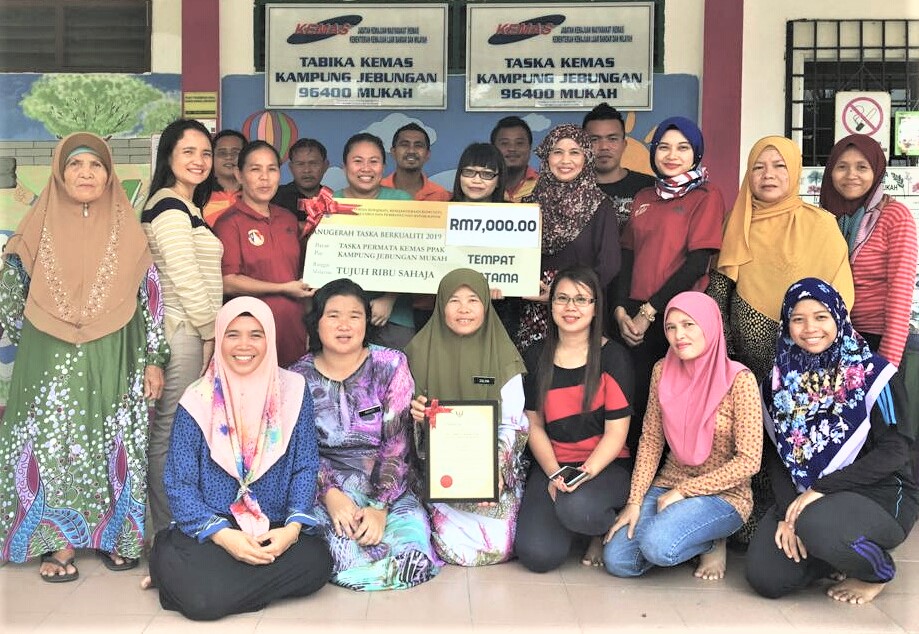 The nursery picked up the Quality Taska Award in Kuching last Saturday.

On Tuesday, staff joined by parents gathered for a simple yet meaningful ceremony to celebrate the win.

It also allowed them to foster closer ties, to thank and appreciate each other for the hard work, cooperation and support.

Supervisor Faridah Ahmad from the Mukah Community Development Department (Kemas) was among those who were proud of the nursery’s achievement.

She said it was due to the hard work, dedication and commitment of the staff coupled with cooperation and support from the parents.

Head teacher Zaliha Sahri said they planned to take an excursion to Taman Tumbina in Bintulu on Sept 28.

“If the weather permits and no haze, we will go there and bring 20 parents together with 15 children,” she told New Sarawak Tribune yesterday.

She said they had visited some places here previously such as Lamin Dana, Sapan Puloh, Bomba, Dental Clinic and Kampung Teh Mini Library, but not further than that.

According to her, they also planned to organise a family day in October, followed by a mini graduation in November.

The nursery currently has five children who are four years old, seven who are three years old and three who are two years old — all from nearby villages.