SIBU: A whopping RM88,000 was raised in four days by former students of Sacred Heart School (SHS) known as ‘Knights’ to aid underprivileged students in their alma mater.

The handing over of the cheque was done yesterday (Saturday) by the initiator of the fund raising project, Anthony Chan, from the Class of 1993 with his year mate, Lau Tiew Kiong.

“I was very apprehensive initially when I decided to push for this fund raising called ‘White Knights Quests’,” Chan said.

According to him, he was not confident they could reach the initial target of RM6,100 to help the poor in the school.

“But my teammates in Sacred Heart Old Students Association (Shosa) told me to go forward with courage and set a minimum target of RM12,200, assuring me that the SH Knights will rally to the cause,” he said.

With their outstanding reputation, the former students rose to the occasion gallantly.

He added that the donations began when their quest started on Monday afternoon with the first donation from Dr Gregory Hii,  (Class of 1966 and former president of Shosa).

Others were quick to follow and by nightfall, the Knights had hit the targeted amount already.

“I could not believe that we were able to reach the target that fast,” Chan said, expecting the donations to falter after achieving the target.

To his pleasant surprise, over the next few days, the momentum grew and the fundraising ended at noon on Friday (July 16) where Senator Robert Lau stepped forward to round the figure up to RM88,000.

“My peers were also stunned by the fact that the quest had exceeded 720 percent of our target. With this, I would like to thank all my seniors, peers, and juniors who were so passionate in this fight against poverty.

“This will certainly be a moment in my life that I will hold true and dear to my heart. I feel very proud to be amongst this league of extraordinary gentlemen who returned to the school to help current students,” he said.

Meanwhile, co-chairman for the fundraising, Lau said the collected funds would be distributed under four phases.

The first phase was given on Friday (July 16) for a batch of 49 students. This would be followed by phase two – for the 75 pupils of Sacred Heart English Primary School.

Phase three, Lau added, would be when the secondary school reopened. The funds would be extended to   underprivileged students not covered under phase one.

A total of 168 students and 75 pupils will receive the fund. The final phase would be targeted assistance; needy students would get aid in cash and kind.

Current president of Shosa, Yong King Sung said the Knights of SHS could always be counted upon to lend their alma mater a helping hand.

“Last October, the Knights chipped in more than RM120,000 to help upgrade the sound system in the school hall and two lecture halls,” he said.

And now, they have stepped up again, united in the fight against poverty under the SHS White Knights Quest.

“For this latest quest, former students from the 60’s, the 70’s, the entire 80’s batch and heart-warmingly from the 90’s and 2000 have all responded. We feel a great sense of relief to see so many of the younger cohorts responding.

“These younger cohorts, who are the future leaders of Shosa, were already stepping forward with gusto and this was something that bode well for the school,” Yong added.

Meanwhile, former Shosa president Senator Robert Lau, from the Class of 82, who was present to ensure an orderly distribution of the funds, also helped to sign up parents and families of the recipients who have yet to register for their Covid-19 vaccinations.

“Might as well use this opportunity to ensure that they are better protected during the ongoing pandemic,” he said.

Noting that some did not have smartphones to register for the MySejahtera, Lau assured them that he would help them register under different platforms and update them.

Storage space for The Salvation Army, anyone?

Two organisations get a fridge each 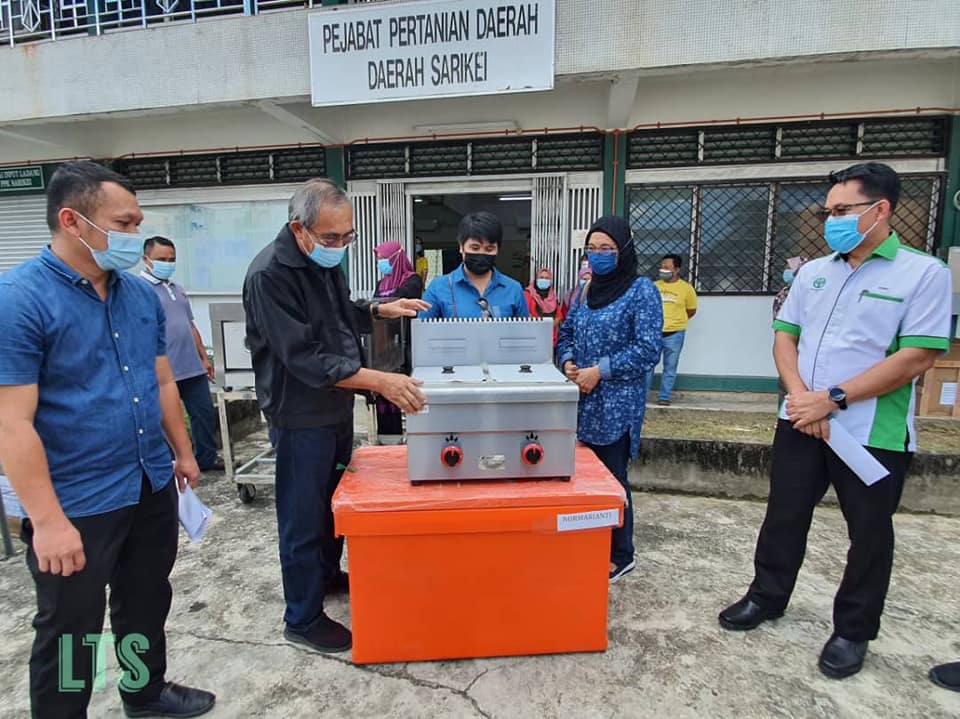